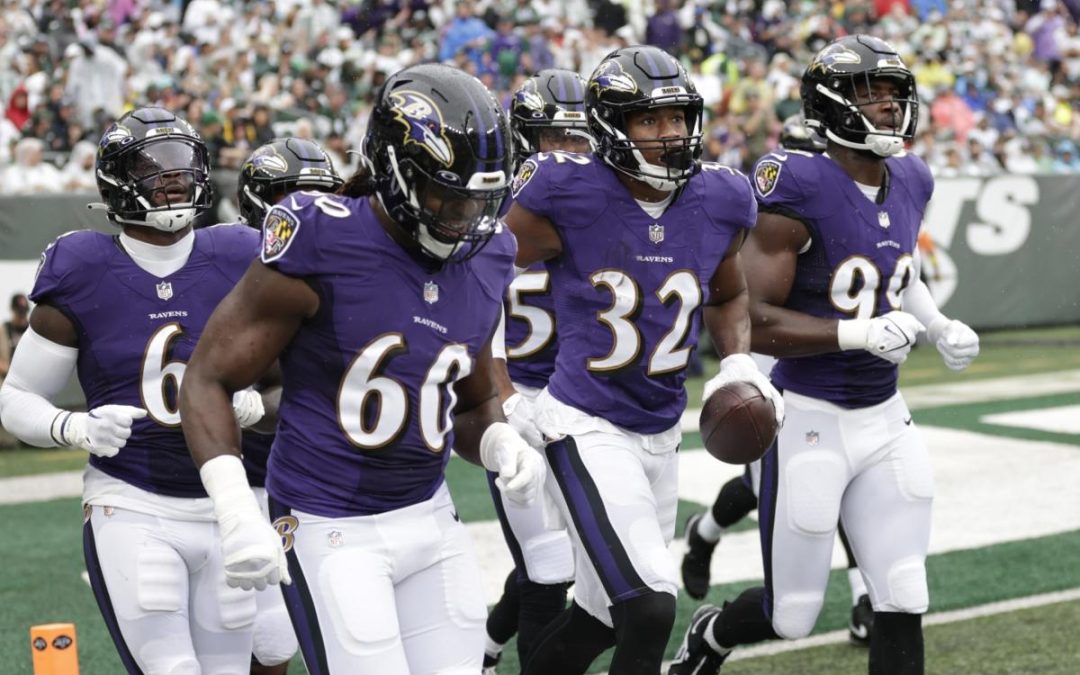 Week 1 comes with a certain level of expectations. If you’re like me, you almost forget the pacing of football game, and expect every play to go for 10+ yards and points to come quick and easy. Especially when you play the Jets. I can’t be the only one cursing when a pass play goes for a measly two yards or less. Being forced to punt is a huge disappointment. You forget sometimes there is another team out there trying to stop you from moving the ball. A cure for that is watching your team execute a few long touchdown passes.

I’d say week 1 also comes with a much larger portion of unknowns.  We should know by now that what we see during the preseason shouldn’t be expected to carry over to the regular season. Prime example, Isaiah Likely. The rookie preseason stud dropped the first two passes thrown his way. Not the easiest balls to catch, but balls that need to be caught.

Those things combined are a formula for overreaction. And there has been a lot of that by the “Ravens didn’t win by enough” camp. Baltimore has gotten their season off on the right foot, since the W is the only thing that matters. All things being equal, 16 teams out there are wondering what had happened after they prepared so well this offseason.

With that, I’ll try to temper the overreactions and let’s just talk about some guys, their roles, and not talk about Lamar Jackson’s contract.

Discuss your thoughts on these guys on our message board.

I’ve seen a lot of overreactions pertaining to these guys, and their non-returns in week 1. I don’t think it’s anything serious. I believe rainy weather, and the field turf played a role in the coaches/doctors’ decisions to give these guys the week off. Stanley and Dobbins have been practicing, although Stanley has recently taken a step back in that regard. Marcus Peters was running the stairs at MetLife Stadium on Sunday morning. Maybe still building up to football strength, endurance. Rather give them extra time off early on so they are healthy for the meat and most important games on the schedule.

The Ravens replaced their field turf at M&T Bank Stadium with natural grass some time ago citing studies that there was a correlation between field turn and lower body, non-contact injuries. Other variables at play, but the Ravens lost two players for the season in last Sunday’s game, and they couldn’t have more opposite injury histories. Tackle, Ja’Wuan James, tore his Achilles for the second time. Cornerback, Kyle Fuller, tore his ACL after having not missed a single game in the last five seasons.

This was a situation they likely erred on the side of caution early in the season with this trio, besides the fact that they were all limited participants in practices during the week. J.K. Dobbins has been elevated to a full participant in practice this week, and Marcus Peters was a full participant on Thursday for the first time. Stanley, however, didn’t practice. All signs say we won’t see him on Sunday when the Dolphins come to town.

The Raven Swiss army knife is put to the test right off the bat. He played 32 snaps at left tackle once James was carted off the field in week 1. With no timetable for Stanley, his versatility will be put to the test. Upon first looks last week, he seemed to play just fine in James’ place. Or maybe everything looks good compared to watching Alejandro Villanueva play turnstile for 17 weeks last year.

This pair, for at least the week, silenced the critics about the Ravens “horrid” (according to one outlet) receivers’ room. I’ve been beating the drum for Bateman since draft night that he’s a bona-fide “X” with his separation skills, and hands of course. That was on display. Guys like Duvernay, James Proche, Tylan Wallace, all have exceptional hands. It’s just a matter of getting them the ball, which is a tough task in Greg Roman’s offense. Duvernay seems to have carved out the most significant role outside of Bateman and tight end Mark Andrews. Double-D won’t double up on TDs every week. But the Ravens receivers’ room is full of guys who will pleasantly surprise when given the opportunity.

Stephens looked great in week 1 slotting into Peters’ role. He was targeted eight times, using quick closing speed a couple times to break up some passes, allowing just three catches. Unfortunately, a groin injury may have sidelined Stephens for week 2 with the Dolphins and an upgraded receiver’s room there with the offseason addition of Tyreek Hill. Marlon Humphrey also popped up on the injury report with a groin on Thursday. So the question becomes, is Marcus Peters ready to go? If not, our deep secondary already becomes real thin, if this trio is inactive this week.

In the event the Ravens are thin in the secondary this week, expect an uptick in the rookie’s snap count. He played 50% of the defensive snaps in week 1. As expected, he lines up all over the place. Once on the defensive line, 10 times in the box, 10 times as a nickel corner, and 21 times in the free safety spot. Also featured on special teams. Something to keep an eye on. Hamilton was targeted four times and allowed four catches. No real damage done as receivers averaged just 7.8 yards per reception on those. But well certainly want to see the star rookie break up some passes.

The secondary might be the position with the most eyes on them this week, as Tyreek Hill and Jaylen Waddle present a bigger threat than anyone the Jets are trotting out there.

The Ravens third year linebacker didn’t take a single play off in 84 snaps. A couple times he showed his athleticism that got him drafted by cutting off runners trying to get around the corner. Five of his seven tackles were run stops, helping get the defense off the field. He did his role in generating pressure on Joe Flacco with a hurry, two hits, and a sack. But there was no improvement on his coverage skills. Nine catches allowed in 11 attempts. It looks like they put Queen back in the “Mike” linebacker role, and that isn’t where he fits…still. Queen played at a Pro Bowl level last year on the weakside when Josh Bynes took over. Bynes played only 38% of the snaps last week.