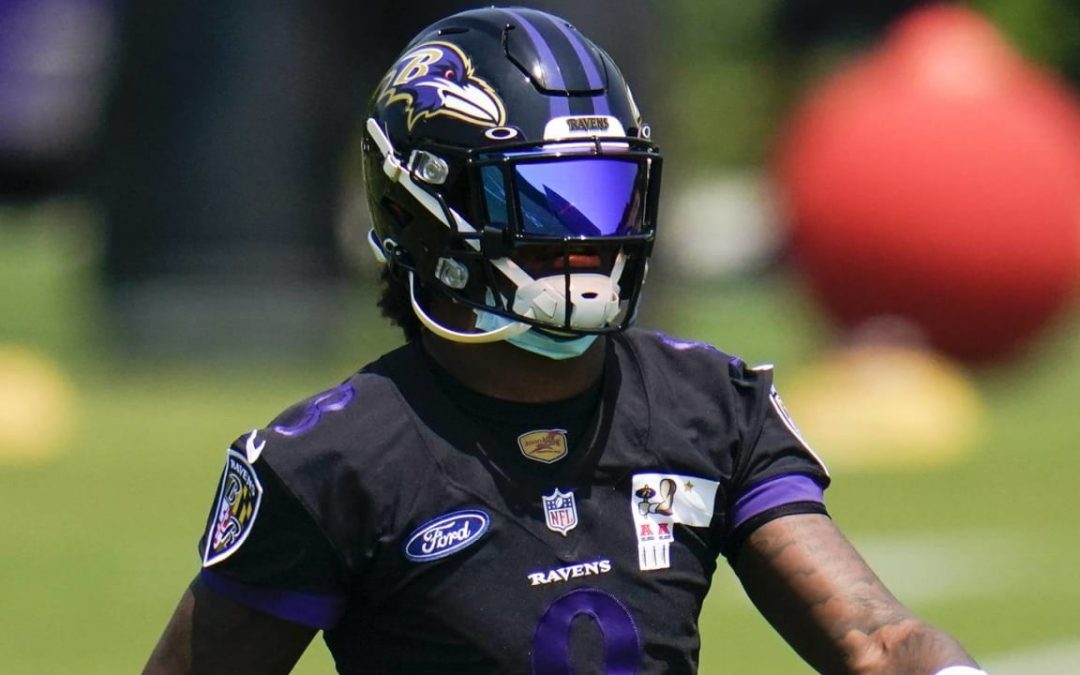 Players are arriving at The Castle. Conditioning tests have started, which Ben Cleveland didn’t pass. An annual tradition where a player doesn’t pass their first conditioning test, the fan base freaks out, they pass it the next time and it’s never brought up again.

With that, the team as a whole gets to work on Wednesday, July 28th, and the first preseason game kicks off on August 14th at “The Bank” against the Saints. Here is a look at where I think the depth chart stands for each position. Locks, bubble players, and longshots. Will revisit this periodically throughout camp and after preseason games.

Discuss your thoughts on the roster on our message board.

He’s at The Castle early, ready to roll. Hold out for an extension seems like it’s not even a discussion. Whether a deal gets done before the season is another story, but not one that I’m worried about.

The question will be whether or not the Ravens carry two or three quarterbacks. I think we all know the season is a wash if Jackson misses significant time. Maybe one of these guys can get you one win or hold down the fort if Jackson misses a quarter, a half with a lead. Huntley is athletic which gives him a leg up on McSorely. But I’d consider it open competition for the #2 spot.

Will keep an eye on the longshots to see if they fit on special teams. Not impossible that the Ravens run heavy attack break camp with four RBs on the 53-man. But it would mean dropping someone else who you would think is safe.

Mason was drafted because he’s a Harbaugh family favorite at brother Jim’s school, Michigan. Felt to me like a wasted draft pick. Mason gives good effort. But showed poorly at the Senior Bowl and the like. I don’t see how he fits unless it’s on special teams. I don’t expect any offensive output, if he even makes the team. Once again, carrying two fullbacks (most teams don’t even carry one) means someone else you would think is safe, ends up cut. Could make it through to the practice squad.

Will be interesting to see what 34-year-old Andre Smith gives you after opting out in 2020. Does he come in rejuvenated? Stanley is expected to be ready for week 1, so I expect Smith to get plenty of reps to show what he’s got left in the tank. Would like to see Colon win the battle over Mekari to back up Bozeman. I guess I’m still having night terrors about Matt Skura and Mekari’s ability to snap the ball at times, and Colon was solid in his start against the Steelers in the infamous “COVID” game. Tyre Phillips had a disappointing rookie year on the right side, and the Ravens signed three veteran free agents on the right side of the line to shore it up. Message received, loud and clear.

Bredeson, drafted in 2020, becomes the odd man out after being a healthy scratch much of last season, and five guys with guard experience already a lock to make the squad.

Tomlinson has gotten around, the Ravens being his seventh team, though rarely being elevated higher than the practice squad at any point in his career. He got a little run last year late in the season. Breeland was an undrafted darling in 2020, but hasn’t been healthy enough to practice, and didn’t pass the conditioning test yet in his first go round this year.

Honestly, I wouldn’t be surprised if the Ravens go outside the organization to find a third tight end before the season starts. The Eagles are also looking to trade Zach Ertz which would be roughly an $8M cap hit on the team that trades for him. The Ravens have $8.8M in cap space on their top-51 guys, so some restructuring of other guys contracts, or an Ertz extension, would need to be done if this were to be an option.

A lot of people think Miles Boykin is a bubble guy, or a trade candidate, but the Ravens love his ability to block in the run game, which doesn’t show up on the stat sheet or in fantasy points. If he can be Seth Roberts from 2019, I’ll take it.

I know Duvernay and Proche have similar skill sets, and that works against Proche here. Duvernay set himself apart in the return game and showing off some open field ability on sweeps and short passes. Proche was a healthy scratch late in the season, and Dez Bryant of all people was given a chance. I can’t see the Ravens going with seven WRs.

Washington, entering his second year, was arrested back in March, charged with five counts of misdemeanor destruction of property, one count felony destruction of property, and one count misdemeanor tampering with a vehicle. In June he pleaded no contest to one of the misdemeanors, and the other six charges were dropped. He has until June 2022 to complete 100 hours community service, and provide a restitution plan, or he would face 12 months in jail and a $25,000 fine. Washington appeared in eight games last year and notched two tackles. He participated in offseason workouts and OTAs. Longer story short, all signs point to this being a one-off incident by an otherwise clean, stand up person, and further discipline isn’t likely to come. He’s closer to lock than bubble, but Washington’s margin of error becomes smaller as a result.

Alaka made the roster as an undrafted free agent in 2019, but a hamstring injury left him with no games appeared in. In 2020 he made the roster again, but a knee injury in week 5 ended his season. The Ravens could keep him on the PUP list, he could sit for six games, then the Ravens can decide how to proceed.

This is another position, like tight end, that the Ravens could certainly add to at some point before camp ends. Ferguson is the NCAA’s all-time sack leader and has notched just 4.5 of them in his two seasons as a Raven. He’s going to be under the microscope this preseason.

Last night, news broke that All-Pro, Chandler Jones, want’s out of Arizona and is demanding a trade. He’s in the final year of his contract and a team that acquires him would be on the hook for $15.5M in Jones’ base salary. An extension would be necessary for the Ravens to get his cap number way down.

Marshall missed all of 2020 when he tore his ACL in camp. Harris and Dorsey both saw playing time last year. But Tavon Young returning from injury and drafting Shaun Wade pushes these guys back down the pecking order.

Safety is a position that lacks depth, but the competition is wide open for some of these guys to make it on special teams, or even push their way onto the defense. Richards was signed to a one year deal this offseason, so the Ravens obviously like something there. Ar’Darius Washington is the top bet to make the team if the Ravens get back to the trend of havingat least one UDFA make the squad. Washington was actually very highly rated by Pro Football Focus, #57 on their big board, and #6 among all safeties. The only knock on him, he’s 5’8”. Apparently if he was six-feet tall he’s a top-ten pick.

Stone, like Richards, also signed a one year deal this offseason. But the Ravens waived him last season, the Texans claimed him, but did not extend him a contract offer so the Ravens brought him back for another look.