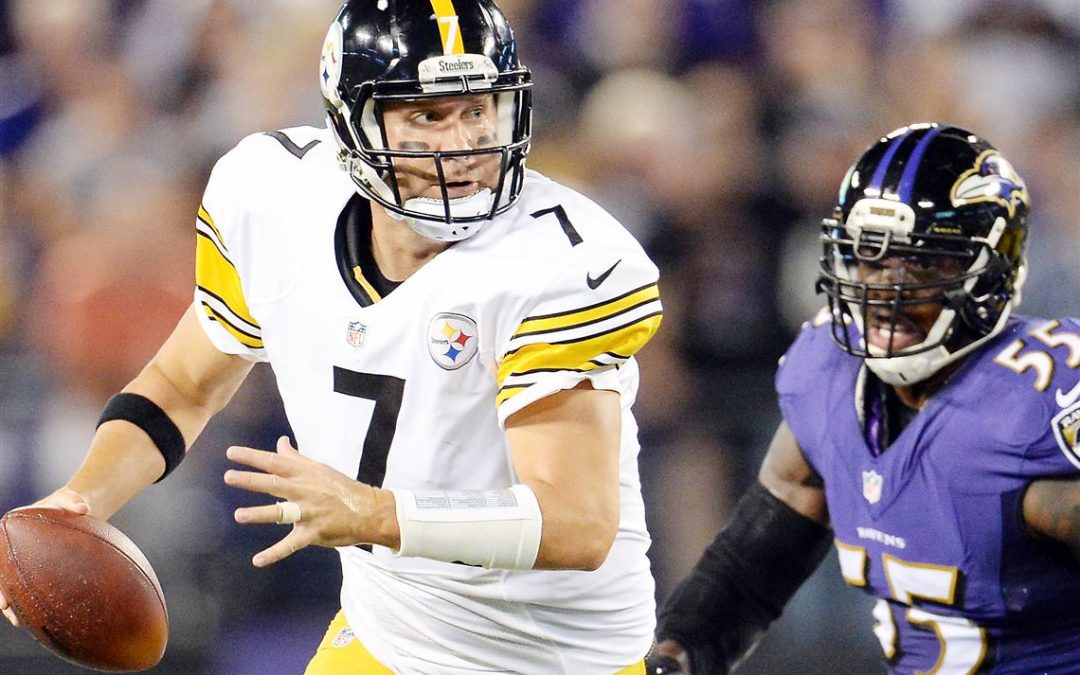 This Sunday’s game will not only mark the end of the regular season for both the Ravens and Steelers. It will also mark the end of an era. Assuming the Steelers slim playoff chances do not come to fruition, Sunday will be Ben Roethlisberger’s final game of his career, and what more fitting way for him to go out than against his bitter rival.

The Ravens and Steelers are known to have one of the most ferocious and evenly matched rivalries in the NFL. Since Roethlisberger entered the league in 2004, the two teams have met 38 times, with each team winning exactly half of the contests. That being said, the Steelers have had the upper hand when Roethlisberger has been on the field. In 29 career starts against Baltimore, Big Ben has gone 18-11. Three of those games came in the playoffs, with the Steelers winning in 2009 and 2011, and the Ravens taking the most recent game in 2015.

That being said, Roethlisberger’s individual statistics in these games have been significantly worse than what Steelers fans would expect from their franchise QB. In the 26 regular season games he has played against Baltimore, Big Ben has posted a passer rating of just 86.2 (nearly seven points lower than his career average), a completion percentage of 61.27% (three points lower than his career average), and 6.90 yards per attempts (nearly one yard below his career average). If you are familiar with the Ravens and Steelers rivalry, it should come as no surprise that success through the air would be hard to come by. Almost every meeting between the two teams turns into a hard-hitting, low-scoring affair filled with sacks, turnovers, and a whole lot of work for the running backs.

And yet, Roethlisberger has found a way to compile a number of signature performances against Baltimore. The first that comes to my mind is the Divisional Round playoff game in 2011. After falling behind 21-7 in the first half, a pair of Big Ben touchdown passes to Heath Miller and Hines Ward tied the game late in the third quarter. Two field goals and a sack later found Pittsburgh in a 3rd and 19 with just over 2 minutes left in a 24-24 game. Roethlisberger took the snap, dropped back, and heaved one of the greatest passes of his career, hitting rookie Antonio Brown for a 58 yard pass and setting up Pittsburgh with a first and goal from the 4-yard line. Two plays later, Rashard Mendenhall was in the endzone and the Steelers were headed to the AFC Championship.

More recently, there was Week 16 of the 2016 season, known in Pittsburgh as the “Immaculate Extension Game”. Trailing 27-24 with 1:18 left on the clock, Roethlisberger executed a classic 2-minute drill. Excluding two spikes, the Steelers QB completed his first seven pass attempts, leading his team 71 yards and setting them up with a first and goal from the 4-yard line. With just nine seconds remaining, Roethlisberger hit Antonio Brown on a crossing route, who fought through contact and extended the ball just over the goal line. The game not only won Pittsburgh the division, but also ended the Ravens playoff hopes in the process.

There are countless other moments that have highlighted Roethlisberger’s career against the Ravens. There’s the always controversial 2008 touchdown pass to Santonio Holmes, which many Ravens fans will still argue was not a touchdown. And, of course, there’s Week 14 of 2017, when Roethlisberger’s 506 passing yards helped the Steelers take down Baltimore by a score of 39-38. Memories like these will likely be at the forefront of the minds of anyone in attendance when Big Ben enters M&T Bank Stadium on Sunday. But when the game is done, and #7 leaves the field for a final time, the attention of fans for both teams will likely turn from reminiscing to wondering. Questions of who will take over for Roethlisberger and what will become of the historic rivalry he helped to build will swirl throughout the offseason.

The first question will likely be answered this offseason. It’s hard to imagine a historically successful franchise like the Steelers entrusting their offense to Mason Rudolph or Dwayne Haskins (the two QBs currently on the roster) so they will likely turn to free agency or the NFL draft for a long-term answer. Aaron Rodgers, Derek Carr, and Russel Wilson are three names that have been thrown out there, but the Steelers have never been known to make blockbuster trades. If they go the veteran route, it’s far more likely they turn to a free agent like Teddy Bridgewater or Jameis Winston to help ease the transition. If, on the other hand, they decide to draft a quarterback, there are a number of intriguing prospects. Pittsburgh natives fell in love with Pitt QB Kenny Pickett, who led his school to an ACC title this year, so he would be an instant fan-favorite in the Steel City. However, he is projected to go higher than they are currently slated to pick. Mississippi’s Matt Corral, Cincinnati’s Desmond Ridder, and Liberty’s Malik Willis may be more realistic prospects given the Steelers draft capital. Pittsburgh has given little indication as to which way they will go but one thing is certain: the Steelers can only dream that their transition from Roethlisberger to whoever comes next goes as smoothly as Baltimore’s transition from Joe Flacco to Lamar Jackson.

As for the second question, it’s difficult to say exactly how the rivalry between the Ravens and Steelers will change with his departure. With young stars like Jackson, J.K. Dobbins, and Rashod Bateman rising in Baltimore and hard-hitting defenders like T.J. Watt, Cameron Heyward, and Minkah Fitzpatrick still present in Pittsburgh, there are sure to be exciting matchups between these two teams for years to come. But with so much uncertainty surrounding what the Steelers offense will look like in 2022 and beyond, it’s very possible that, at least for a few years, Ravens-Steelers games will lack some of the energy and excitement that we have to come to expect from them.

What I can say is that regardless of your personal opinions of him, there’s no denying the impact Roethlisberger has had on this rivalry. He is exactly the type of tough player who embodies Ravens vs. Steelers, and his battles against Ray Lewis, Terrel Suggs, and Ed Reed will live in my mind for as long as I live. While Steelers fans like myself are more likely to mourn the departure of Big Ben than those who support Baltimore, we can all agree that his retirement will leave something to be desired the next time these teams meet. So let’s enjoy Sunday. Let’s appreciate greatness and toughness and a spectacular rivalry that has spanned nearly two decades. And then, let’s say goodbye to Big Ben Roethlisberger and an incredible era of AFC North football.