Should the O’s Trade Anthony Santander? 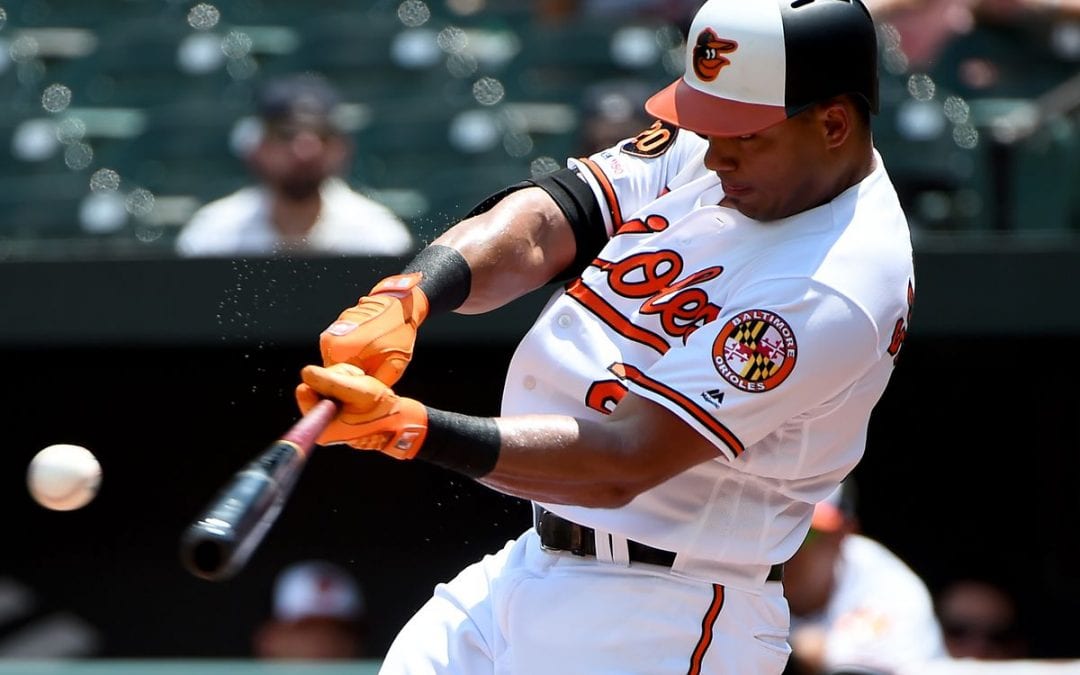 There hasn’t been much in the way of intrigue on the free agent and trade markets in general this off-season, and there’s been almost none when it comes to the Baltimore Orioles. Mike Elias and Co. are sticking with their ‘build from within’ theme, and at this point in the team’s competition cycle, that means making moves on the margins of the roster. In fact, the Orioles haven’t made any moves of any kind since the Rule 5 draft in early December, a long, long time ago in a galaxy far far away in baseball off-season terms. We can debate that strategy, but that’s what’s happening either way, o imagine my surprise when, in attempt to avoid actual news, I pulled up MLB Trade Rumors on Tuesday and there was a link to an article by Roch Kubatko of MASNsports.com about the Orioles possibly trading Anthony Santander. Or don’t imagine it: I was surprised!

Six paragraphs into the piece ostensibly about the DH, Kubatko casually says, “I’m working under the assumption that Santander stays with the club. I’ve heard that he’s drawing interest. A scout from another organization said, “He’s out there for trade.”” Well well well! Is this an actual Orioles rumor I see before me? Pardon me while I grab it and stab myself in the eye because it sure seems so. What to do with this information? I feel like there’s probably some way to handle it. I guess to start with, do the Orioles actually make trades? I did some research and it turns out that they do, sometimes, occasionally! This is a promising start.

Would the Orioles trade Anthony Santander? It’s safe to say anyone on this roster is expendable if the return is enough to justify it, so sure. Why? Now that’s a much more interesting question.

Santander is 26, so just entering his presumed prime years, and coming off a season in which he put up a wRC+ of 130 (100 is league average, 101 is one percent above, 99 is one percent below, etc) and an OPS of .890. That means Santander had a better 2020 season at the plate than JT Realmuto, Trevor Story, or Pete Alonso. Santander is a competent if not quite league average right fielder and he’s got four more years of team control remaining. That sounds like a pretty appealing package. If there’s a team willing to bite on that and give up younger players with more team control, the Orioles will, I’m sure, pull the trigger. They have enough corner outfield types with DJ Stewart, Ryan Mountcastle, and potentially Trey Mancini and, in the minors, Yusniel Diaz, so that losing Santander wouldn’t present an organizational shortage.

But that’s the rosy view. Yes, Santander did put up a great offensive season in 2020, but it was also just 37 games, a very small sample size. While he does undoubtedly have serious above-average power, that’s about all he’s really shown in extended time in the majors. The defense is probably below average to average (with the acknowledgement he was a Gold Glove finalist) and the hit tool, what allows him to actualize that tremendous power potential, is lacking. He doesn’t take walks which limits his on-base ability, even if he manages to hit the ball hard. Even with the power, there were still some points in his batted ball data that made you question how long or well that would continue, such as his infield fly ball – basically infield pop-ups which are always outs – percentage of 19 percent last season, over twice the league average, and 15 percent for his career.

That’s not to diminish what Santander has done since being selected in the Rule 5 draft by Baltimore from Cleveland in December of 2016. The Orioles likely plan on using him in right field for most of the 2021 season, as they should, and giving him a real shot to prove what he can be. If I had to guess, he’s not going to be a long term solution in right field for Baltimore, and I’d further guess that the front office knows that. But, if another team thinks the 2020 season represents the real Anthony Santander and they’re willing to give Baltimore enough that the Orioles would be willing to forego the chance to see Santander’s 2021 for themselves, then there’s no real reason to hold on to him.

What could the Orioles expect to get in return? That’s very difficult to say, but probably not a whole lot, for a few reasons. First is, as I said above, Santander is a relatively flawed if exciting player, even with his productive 2020 season the most recent in the rearview mirror. This means his trade market probably isn’t huge, and competition between teams for players is what drives up prices. The free agent market is also still full of players who can more or less approximate what Santander does, so the reasons you might prefer to trade for Santander rather than sign a free agent are likely financial rather than talent-based. Kubatko specifically mentions the Marlins later in his article and they might make sense as they’re known to be looking at corner outfielders (they’ve talked to Boston about Andrew Benintendi as well, though Santander is probably a better fit and a cheaper get) as well as the fact that the Marlins aren’t known to be big spenders.

Ultimately this might not be anything but a chance to start thinking about the value of Santander to the Orioles and to other teams, which, to me at least, is always a fun exercise. And, unless you’re a big Santander fan, this is an opportunity to see this front office in action in an off-season that has been defined more by the opposite. I’m not saying ‘trade Anthony Santander because it will show you’re actually awake,’ but I’m not not saying that either.