Should The Ravens Add One Of These Free Agent WR’s? 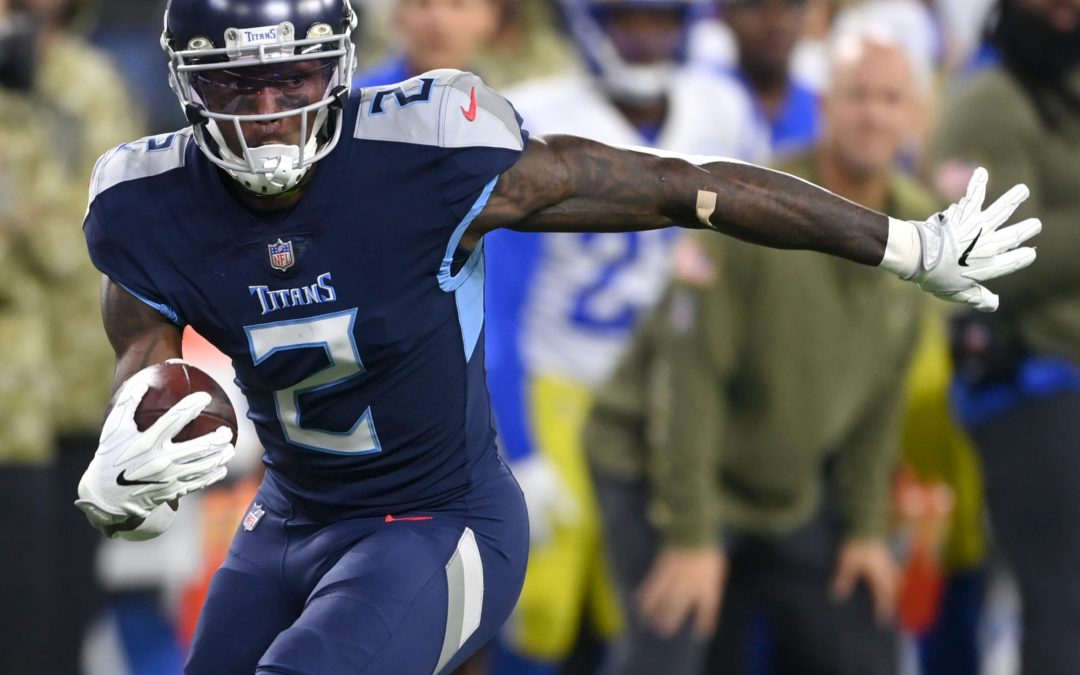 The Ravens had one of the strongest drafts according to multiple analysts and pundits. Despite trading away their most productive Wide Receiver – Marquise Brown – they did not address the WR position in the Draft.

As it stands, the Ravens will be going into the season with Rashod Bateman, Devin Duvernay, James Proche and Tylan Wallace as their top 4 Wide Receivers. All 4 are young and will get to showcase their abilities this season but you have to assume the Ravens will be adding a veteran receiver to help supplement an unproven Wide Receiver room.

Here are 3 possibilities who could add depth:

Jones has been strongly linked to the Ravens since being released by the Titans. The former All-Pro has been one the NFL’s best receivers since joining the league, but has only appeared in 19 games over the last 2 seasons due to injury.

Why It Could Make Sense: This, I believe, would be the best addition for the Ravens. Julio is an excellent route runner and can run a full route tree. A true “big bodied” Wide Receiver that Ravens fans always seem to want. He is also a good run blocker and is a no-nonsense type of player that the Ravens Brass seem to covet. Julio is coming off of his second “worst” PFF grade this past season with a mark of 74.2. To put that in perspective, one of Julio’s worst years was better than any current Ravens’ Wide Receiver’s best year. The only concern is his health. He been banged up over the last few seasons but if he can remain healthy, he can give the Ravens a different dimension on offense that they’ve yet to see during the Lamar Jackson Era.

After breaking out on the scene in 2014 as a rookie with 1305 yards while only playing 12 games, OBJ went on the have 3 amazing seasons with the Giants before injuries took over. He was subsequently traded to the Browns and he never quite regained his form. Beckham was a major disappointment with Cleveland during his time there and ended up being dealt to the Rams where he contributed 5 touchdowns in 8 games and helped the Rams win the Super Bowl before tearing his ACL in the game. He also earned his lowest graded PFF grade this past season with a mark of 67.8. He will also be turning 30 this season and with multiple major knee injuries in his past, I doubt the Ravens will make this gamble.

Why It Could Make Sense: The Ravens need someone like O’Dell who, when healthy, can take a game over. He has excellent hands and can win contested catches. Moreover, he could be extra motivated to see the Browns twice a year to get some revenge on his old team. But I do not believe the Ravens will want to sign a player coming off of a major knee surgery. The team has too many players coming off ACL injuries and the early reports on Beckham indicate he will not be ready until later in the season. But if the price is right, this could be a possibility.

Will Fuller only appeared in 2 games last season with the Miami Dolphins after suffering a broken thumb in Week 4. The former first rounder was one of the deep threats in the league during his time with the Texans and Deshaun Watson. He never averaged less than 13.7 yards a catch during his tenure with the Texans and provided an excellent complement to DeAndre Hopkins.

Why It Could Make Sense: The Ravens traded away their best deep threat and field stretcher. So, adding someone like Fuller would make a ton of sense. The Ravens were most effective in 2019 when they would set up the deep ball to Hollywood Brown after a play action that would freeze defenders. Fuller brings the same attributes as Hollywood but is more dependable. Fuller only has 18 drops in 6 seasons compared to Brown’s 16 drops in 3 seasons. Fuller is still young and can take the top off the defense. If the Ravens truly want to replicate the 2019 season, then Fuller might be the missing piece.

I could also see the Ravens signing one of the aforementioned players listed above, they would probably come much cheaper than either Julio, OBJ or Fuller and can provide value. I do not see Beasley being signed mainly because the Ravens already have Proche who is younger and already fits the slot receiver mold. Hilton makes sense for the same reasons I mentioned about fuller but he is on the wrong side of 30 at this point and only appeared in 10 games last season. Sanders would be a solid addition but he is 35 years old and you wonder how much he has left in the tank. Lastly, DeSean Jackson. Another older player but he doesn’t ever seem to slow down, he can still outrun most safeties and corners and is great at getting open.

Julio Jones would be my choice mainly due to his body of work and good run blocking he can provide. He is also never been a “diva” as a player and would fit nicely into the Ravens culture. Secondly, I can see him wanting to come to the Ravens because they can be Super Bowl contenders this season and Julio, I’m sure has not forgotten about being up 28-3 in the big game to only end up losing at the end. Look for the Ravens to add a veteran before the start of training camp. In terms of salary cap, the Ravens have a little under 4 million dollars to play with (according to OverTheCap.com) which is more than enough to get a deal done. More than likely, they will structure a team friendly deal as they always seem to do with their free agents. Training camp is approaching and look for the Ravens to get a deal done sooner rather than later.