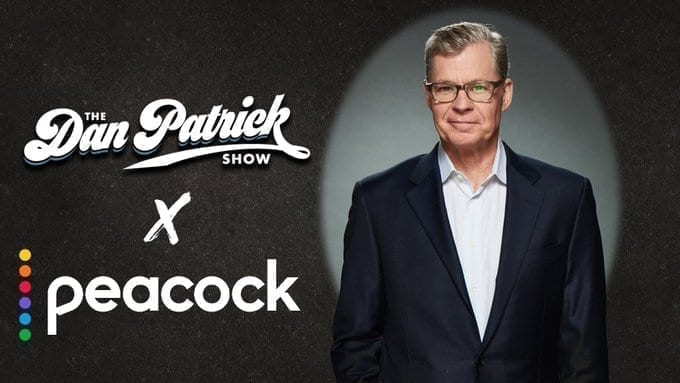 This year’s Sports Emmy Awards returned to the tried and true, as four of the top individual trophies went to repeat winners.

Mike Emrick, arguably the best play-by-play announcer in the business, captured a record seventh straight Emmy for his work calling NHL contests for NBC and the NBC Sports Network.

Emrick, who shows no signs of slowing at age 74, grabbed his eighth overall Sports Emmy during virtual ceremonies held Wednesday. The awards presentation, which covered telecasts from 2019, was delayed from April by the covid pandemic.

This was Johnson’s second straight hosting win and his fifth overall, while the irrepressible Barkley won his fourth overall and his second in the last four years.

College football game analyst Kirk Herbstreit got a third straight Emmy for his work for ABC and ESPN. It was his fifth Emmy, though last year’s win was for his double duty on “College Game Day.” Tom Verducci received his first Sports Emmy for sideline reporting for his work on Fox and the MLB Network.

ITEM If the prospect of watching old movies, murder mysteries or sitcoms on your smart TV or phone doesn’t excite you, then news that telecasts of two of the best sports radio talk shows are about to land on a new streaming service should.

ESPN expatriates Dan Patrick and Rich Eisen are about to bring the televised portions of their radio shows to Peacock, the NBC/Universal venture.

Eisen, whose show runs for three hours each weekday starting at noon, makes the move starting Monday, while Patrick, who precedes Eisen at 9 a.m., will make his Peacock debut the following Monday. Eisen’s show will continue to air for a short time on NBC Sports Network before going exclusively to Peacock.

Both shows, which are simulcasted on Sirius/XM satellite radio and terrestrial stations, had been streaming on YouTube without commercials. But while their shows will air on Peacock’s free service, it seems likely that there will be some commercial component.

Streaming outlets have increasingly become important components of sports media what with Yahoo, ESPN Plus and YouTube, among other places, airing more and more content.

Along with Patrick and Eisen, Peacock is slated to air coverage from the men’s and women’s U.S. Open golf championships, the upcoming Olympics from Tokyo and Beijing and a wild card NFL playoff game.