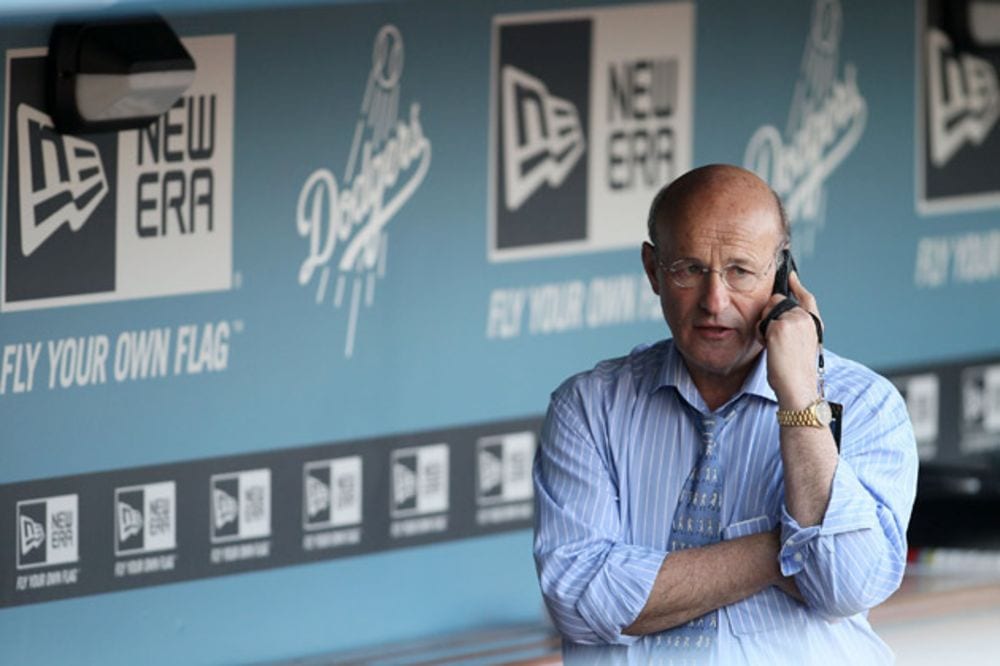 The first association of “LA” and “Wizard” will always return first with John Wooden, the “Wizard of Westwood” who coached UCLA to 10 NCAA basketball titles in 12 years from 1964-1975 . As an undergrad student at UCLA in the mid-1990s, I was fortunate to have had the opportunity to meet the legend. It was easy – he would arrive early to each basketball game at Pauley Pavilion and take his usual end row seat two rows behind the Bruins bench. It was known that, as long as you were respectful and kept the visit to a few minutes, he was approachable to anyone. Still though, it took gaining a certain level of courage to approach him. By my senior year, I did and used the opportunity to tell him how my mother was using his Pyramid of Success in her elementary school class in the Bronx, NY where she had taught for over two decades.

Fast forward to this year – 2021 marks the end of the first decade of Stan Kasten’s role as President of the LA Dodgers. His accomplishments on the field could not be higher, with the team entering the new season as the defending World Series Champions. Off the field though, Kasten has been equally if not more successful in imparting his leadership principles to build and maintain a brand and fan base and revamp a fan experience within one of the world’s most iconic sports venues.

During a keynote presentation this past Thursday at the Sports Industry Networking & Career (SINC) conference, hosted by George Washington University but held online this year, Kasten delivered to the mainly student audience a clear roadmap behind his three pillars or building blocks to achieve success. A roadmap that he has followed and honed not just in LA, but previously as President of the Atlanta Braves (1986-2003) and more locally with the Washington Nationals during their initial seasons (2006-2010). As Kasten described his process and results, he conveyed its relevance not just to baseball but to consumer facing businesses in general.

In summary, the three principles are: 1) The team or product; 2) The fan experience at the stadium or the customer; and 3) Community relations or brand management.

Kasten pointed to this principle as achieving not just one shot at success but instead attaining a sustained level of achievement. This principle was more than fulfilled by the Atlanta Braves who set the definition of Division Dominance by winning 14 straight division titles from 1991-2005, still an MLB record. A second point in this area which was emphasized was on building a foundation for scouting and player development to remove any notion that a team could be fully constructed via free agency.

“You need a foundation – scouts, covering the globe, minor leagues. I learned it in Atlanta where we were good in developing internationally. In Washington and LA, we turned our focus to building for the long-term.” said Kasten.

Although his current and previous stops account for the past two World Series champions, the situation encountered at the start of his tenures could not have been more opposite.

“In Washington, there hadn’t been baseball in 35 years. So we built one fan at a time. It’s going to take 4-5 years, so grow with us. In LA, we didn’t have to do this. We had a great many fans – 50,000 a night that had supported us for 50-60 years. We couldn’t go to them with same approach. We had to compete right away and build for the long-term. With such a big market, we had the resources in the community to do both. Most teams in most cities couldn’t do that. We knew that if we did it right, we would get the support back in tickets, hot dogs and media.” Kasten added.

In finishing out this principle, Kasten mentioned that the Dodgers achieved their goal of having a top ranked minor league system that allows the club to turn over players as needed. “In all the teams in the postseason, we were #1 in homegrown players. Reliance on homegrown players gets less attention.”

2. The stadium – the customer experience

With its majestic backdrop looking out from Chavez Ravine, many would agree with Stan’s assessment that Dodger Stadium remains the most beautiful place to watch a game. Opened in 1962, it is still every bit as iconic as it was then. It was in its fifth year of operation when it hosted the second-to-last Beatles concert on August 28, 1966. In fact, it is only one of two stadiums from that tour that are still standing, with the other one technically standing but now shuttered (RFK Stadium in Washington, DC).

With history and iconic status though, comes challenges. As Kasten told the midday (ET) online audience, “When you refer to pipes and wiring as iconic, those are not good terms.” In describing the infrastructure that dated back to the stadium’s opening, he mentioned how there was a need to update the clubhouses and back-of-house operations.

“We had to widen the concourse, improve bathrooms, the video sound system – we had to do things for the fan. We spent about $200M modernizing the stadium. We knew the fans would pay us back, the return would be there, and it has been. We’ve led baseball in attendance for 8 straight years. When you do your job, should expect the customers to support you.” Said Kasten.

He continued, “We brought the stadium into the 21st century – when you describe a baseball stadium, it’s the vista from foul pole to foul pole – we knew the value of that. So in everything we did, we stayed true to that. Even with all the amenities that we added, we kept the comfort and experience that everyone had known since 1962.”

One of new amenities that Kasten highlighted as an example of adding to the experience without touching the vista is a two-acre entertainment center that was constructed beyond the two outfield pavilion seating areas. “We now have this area that is our front door that will blow people away.”

Overseeing the buildout is a name familiar to Baltimore – Janet Marie Smith, Senior Vice President, Planning & Development, who joined the club in 2012 and narrates the video clip below. Smith served as the Orioles Vice President of Planning & Development from 1989-1994 and was instrumental in the design of Camden Yards which opened in 1992. It should also be noted that Kasten has been joined at each of his MLB stops by Bob Wolfe who now serves as the Dodgers Executive Vice President & Chief Operating Officer.

The area affords fans with additional food options and features statues of Dodger legends including Jackie Robinson and Sandy Koufax. Kasten is hopeful that California will follow Arizona (Spring Training) in allowing for 20-25% of capacity to enable 10,000-12,000 fans inside per game. The club had been scheduled to host last year’s All-Star Game and had used the awarding of the game as an incentive for the buildout.

In this area, Kasten described how at all three MLB teams that he has led, he has prescribed an “obligation to our community to be good citizens and do as much as we can. When you develop a relationship with your fan, it’s what sustains you during the down times. The Dodgers have done this better than anyone. It’s why we work so hard at having our players do autographs and make appearances at hospitals.”

Kasten also described having players give autographs at the gates as fans arrived at the ballpark. This was something I saw firsthand during my first two years working in the Nationals’ marketing department which coincided with Kasten’s time there. At the time in 2009, the club was still building a fan base and this was an important gesture towards rewarding the fans that attended games in those days. Kasten himself would be there at the gates as well. When Stan departed for the west coast following the 2010 season, so did this promotion.

Kasten ended this point by mentioning that he was “Proud to say that while we weren’t selling tickets to games this past year, we became the largest Covid testing and vaccination center in America. These are the things that connect us in our community. It’s not just the right thing for any sensible corporate citizen but also good business management.”

Following his keynote, Kasten fielded questions and described the value of his time working for Ted Turner as well as the opportunity he believes MLB has in engaging younger fans.

On his time in Atlanta with the Braves and how Ted Turner shaped his career: “We’re living in a time of great innovation. We want to be on every platform, even ones invented yesterday. When I was there (Atlanta), we turned on the Superstation – really the first national team, much to chagrin of some other larger teams. I took from Ted the spirit of entrepreneurship. Take big swings. Be Bold. I’ve tried to carry that wherever I’ve gone. Can’t be afraid of failing. And that’s because of the climate of working for Ted.”

On the opportunities ahead for MLB to engage younger fans: “Developing internationally – we are way behind other sports. There are real opportunities here to expand. The NBA is on TV in over 200 countries. I look at EPL and La Liga teams. I talk to the Head of Marketing at (FC) Barcelona as they have done tremendous work with fan clubs in countries all over the world.”

“Attracting younger people – we have an advantage over other sports. We have 300 discrete breaks in the action each night and it’s now up to us to program that 20 seconds while they are on other screens. We have to figure out how to use that time – trivia, videos, gambling. If we can figure out how to use that programming, I like our chances of reaching younger fans.”

As a UCLA alum, I would never suggest that anyone be compared to John Wooden. There is only one Wizard. Kasten’s contributions to the fan experience in LA though have already earned him a place in sports history in the Southland. He is far from finished in Chavez Ravine, and at this rate, in time, his association with terms “LA” and “Wizard” would not be unjustified.