The State of Football in America 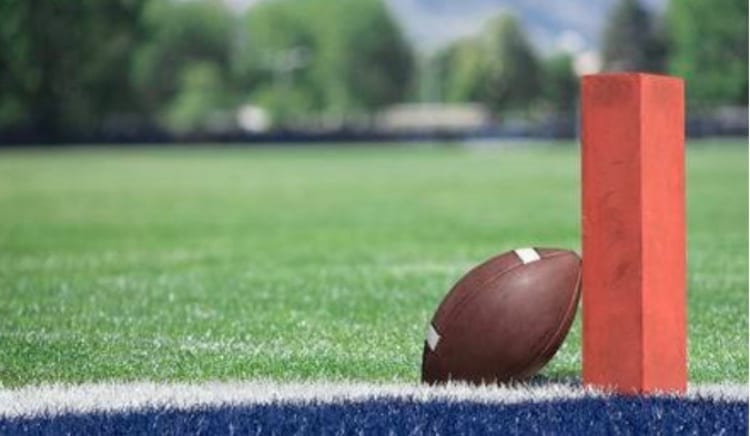 The sport of football is taking a hit like it hasn’t absorbed since World War II, when hundreds of schools had to suspend play, and more than 1,000 college and pro players went off to serve in the war. The COVID-19 pandemic will surely leave a lasting effect on a sport that has seen participation numbers in both youth and high school football decline steadily over the last 12 years.

The pandemic is ravaging through every football hotbed across the south, southwest, and ‘heartland’ of America, leaving any scheduled upcoming season in severe jeopardy, at all levels. The lack of leadership at both the federal and state levels, combined with a good portion of the country’s populace that refuses to acknowledge the seriousness of the pandemic’s reach and consequence, has already begun to take a toll on the nation’s most popular sport.

From youth leagues to the NFL, decision makers are having to readjust on the fly, as the pandemic that seemed to be dwindling just weeks ago has reared its ugly head in Texas, California, Florida and Georgia, among other locales. It doesn’t stop there, as Louisiana, Mississippi, Tennessee, South Carolina, Alabama, Arkansas and Oklahoma are all getting thrown for costly sacks too.

It remains to be seen whether there will be football in any of the 50 states this season, but the pandemic’s impact surely will have ramifications for years to come.

Football has seen participation numbers drop every year in youth and high school football since its peak in 2008, and now the pandemic has assured that the trend will continue. Since 2008, youth participation in football has dropped 32% across the country, according to the National Federation of High School’s survey published last year. In addition, even before the pandemic was known to exist, the fall of 2020 was projected to see high school football participation numbers to drop to below 1,000,000 for the first time since 1998.

There are several contributing factors to the rapid decline in youth football since 2008, none more pronounced than the studies by scholars exposing the detrimental effect the sport has had on the brain for those that play on the gridiron for extended years. Add that to the specialization of sports and the slow death of the three-sport athlete, and a younger generation that would rather be ‘hands on’ with a phone or tablet than any type of physical activity, it may be time for the nation’s most popular sport to realize, ‘Houston, we have a problem’.

Houston’s high school system, one of the ten largest in the country, has had to shut down football workouts until no earlier than July 13th, when decision makers will readdress the pandemic, one that has took a stranglehold on the ‘Lone Star State’. Dallas has had to do the same, and will reassess next week. This is ‘the Mecca’ of youth and high school football, where more than 165,000 kids played at the scholastic level in 2018. The ramifications of the pandemic’s effect on Texas will reverberate across the country in the football world, as 1 in 7 of the nation’s top players hail from the ‘Lone Star State’.

Florida, like Texas, is now paying the price for lax restrictions on controlling the virus, with a younger generation having the freedom to roam free across their state’s bars and beaches. Governors in both states are now faced to face what experts have called ‘apocalyptic surges’ in both states. Florida is also home to 1/7th of the nation’s top recruits, with Texas boasting 251 of the nation’s 3, 4, and 5 star recruits among the 1,748 in the country, and the ‘Sunshine State’ producing 247 of the top players.

The rest of the ‘SEC’ region of the country hasn’t been spared either, as Georgia, South Carolina and Louisiana have all seen their 7-day positive case averages spike by more than 50%. Arkansas is one of eleven states projected to see deaths rise over the next four weeks as compared to the last four weeks, joining Florida, Texas, Oklahoma and South Carolina, among others. Not to be outdone, Alabama, where ‘COVID-19’ parties are being thrown, with payouts going to those first diagnosed with the virus following the parties, saw its one day record of positive cases set on Thursday. Mississippi has hosted the same parties, and consequently, a surge in cases. Five counties in the ‘Peach State’ had to halt football activity last week as more than a dozen players contracted the virus.

The ‘Golden State’, home to historical high school superpowers such as Mater Dei and De La Salle, is also getting pummeled by the pandemic. Despite the governors cautious approach, the state with 40 million citizens doesn’t stand a chance versus the virus, with a good portion of the state putting their ‘rights’ before common sense and safety. On Thursday, the University of Southern California, home of the 11-time national champion Trojans, reversed its robust reopening plans, and announced it will instead go with online learning in the fall for the vast majority of its students.

This pandemic will surely have an impact on participation in a sport that was already seeing a steady downward trend. A loss of a year of football will carry ramifications, from ‘tike’ leagues to major college football, with nearly 60% (1,033 of the 1,748 3/4/5 star recruits in the country) of the nation’s top recruits coming from the ‘SEC’ states, Texas and California.

Meanwhile, along the eastern seaboard, state officials across those states are grappling with upcoming decisions on wether to even have a season. The hope of a football season in the Mid-Atlantic and eastern seaboard reached its most promising level just weeks ago, but has now taken a turn for the worse, as the pandemic has reared its ugly head over the rest of the country to its entirety, and left decision makers weighing risk versus reward, for a pandemic that so far has carried a considerable risk, and absolutely no reward.

The overall impact that the decline in participation in football has, or has had on college football remains to be seen, but it surely will be a negative one going forward, pandemic or not, as a 24% decline in anything always has a dramatic effect. The immediate effect of the pandemic has already took a toll on several programs, with Morehouse College becoming the first scholarship program to cancel its season last week, and more than 150 college players across the country have testing positive over the last few weeks, though that number may be 2-3 times higher, with half of the 130 FBS programs declining to disclose their case numbers, in addition to not accounting for the recent spikes across the country.

SEC Commissioner Greg Sankey told a congressional committee on Wednesday that the NCAA is looking at contingency plans such as a spring season, though a decision likely won’t be made for several weeks, before traditional camps start in late July. Following the congressional hearing, Ol’ Miss Athletic Director told Sports Illustrated, “On June 2, I was really optimistic about everything, but I’m less optimistic today about a normal start. We may start on time but as far as what are crowds are like…This is going to be interesting over the next two to three weeks, because we have to put our foot on base”.

Already, four Division II and III programs have cancelled their seasons, with more on the way. Five games have been cancelled at the D I and D II levels, including four that involve HBCU schools. The FCS Patriot league has announced that athletes won’t return to school until students do. The Ivy League has announced that it will make a decision on its 2020 football season on July 8th, which may be the first domino of many to fall over the next few weeks. At the high school level, Michigan Governor Gretchen Whitmer said  on Tuesday that her state is considering moving football to the spring.

Everything is not doom and gloom for football, as it still remains this country’s most popular sport by far, led by the multi-billion enterprise of the NFL, and it outdistances the next most popular sport (Track & Field) at the scholastic level by 400,000 participants. College game viewership was up 4.7% during regular season games in 2019, but FBS attendance fell 10% from 2009 through 2019. While 98.2 million viewed the Super Bowl last year, that’s down 15% from the 114.4 million that watched New England in Seattle in the big game in 2015.

The NFL could see its first extended lockout in a non-strike season ever. Though World War II had a significant impact on the league, it never stopped the league from playing. The 994 NFL players, coaches and executives that were called to war left a quality shortage in the league, in a time where it ranked behind college football in popularity. In 1943, the Cleveland Rams had to suspend play because of a shortage of players, and the Pittsburgh Steelers and Philadelphia Eagles had to merge that same year, becoming the ‘Steagles’. The following year, that merger dissolved and the Steelers joined ranks with the struggling Chicago Cardinals franchise, becoming the Card-Pitt combine, who went on to go 0-10 that season, and earning the unflattering nickname of the ‘Carpets’.

It remains to be seen what will become of a football season for millions of players this fall, but it’s obvious, between a pandemic and a steady pre-pandemic decline in participation, that it’s not just Houston that has a problem. Hopefully, it never reaches Card-Pitt Combine levels, but who knows? At this point, no one does.