State Of The AL East 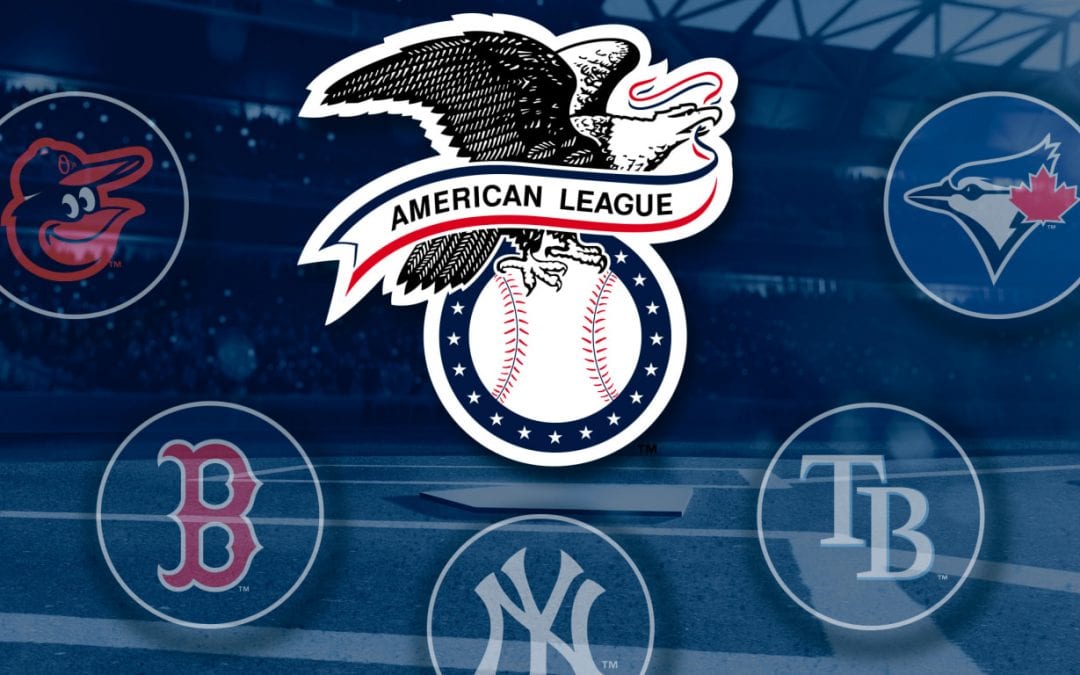 We’re all familiar with the Orioles season. There is a plan in place, the organization is building towards something promising, but the franchise’s time is not right now. The rest of the AL East however is in full-on contention mode. So let’s talk about that.

That the Red Sox are in this conversation at all is surprising to a lot of people. Their pitching staff was in shambles last season, statistically the worst in Boston’s history. However, this franchise has virtually cornered the market on quick turnarounds (and on completely falling apart on a dime). It seems they’ve done the quick turnaround thing again. Credit GM Chaim Bloom with rebuilding the starting rotation in one off-season. He got Nick Pivetta from the Phillies, signed Garrett Richards, re-signed Martin Perez, and got Eduardo Rodriguez back from a nasty case of COVID-19. The only holdover from last season’s team is Nate Eovaldi. The only Red Sox pitcher to start a game with a below average ERA this season is Rodriguez.

Beyond the competent pitching, the team’s offense is almost entirely the work of four players: left field/DH J.D. Martinez, shortstop Xander Bogaerts, outfielder and very much not Mookie Betts’ replacement Alex Verdugo, and third baseman Rafael Devers. Those four have combined for 7.5 WAR, or 82 percent of the team’s total offensive WAR.

The bad news with this kind of roster construction is it leaves the team open to serious damage from injuries if any one of their major players gets hurt. The upside is it’s rather easy to upgrade the team because over half of the guys in the lineup are replaceable, something the Red Sox should look to do towards the trade deadline if they manage to stay in contention that long. For now though, they’re near the top of the division and with ace Chris Sale likely to come back from Tommy John surgery in few months, they have a legitimate shot at a division title almost nobody thought they’d be in contention for.

While the Jays weren’t pre-season favorites in the AL East, they were pre-season favorites to ‘make a run’ this season. That’s pundit talk for ‘be better than last season and come close to the title without actually winning it.’ Almost two months through the season and that’s looking like a pretty solid prediction. The Jays young lineup has taken the step forward that some foresaw by adding former AL MVP candidate Marcus Semien in free agency, but the biggest advance was internal as Vlad Guerrero, Jr. has been one of the top two or three hitters in all of baseball. Guerrero Jr’s problem in his two previous seasons was excessive ground balls. Guerrero crushed the ball, but hit over half his batted balls on the ground coming into this season. That’s not innately bad, but in his case, with his lack of speed and huge power, it limited his slugging potential. Not so this year, as he’s hitting more balls in the air. That combined with a better level of personal fitness has allowed him to unlock the potential scouts saw in his bat when he first signed with the Blue Jays back in 2016.

But even without Guerrero, the Jays could hit. That was never the problem and it’s even less the problem now. The problem has always been on the mound. Before last season the Jays signed Hyun-Jin Ryu and he’s been everything they could’ve hoped. The issue has been after that. There are some hopeful signs though. Robbie Ray’s career-long battle with walks has been, if not solved, then at least paused. Ray has cut his walks in half while keeping his fantastic strikeout rate. That’s made him a deserving member of the Toronto rotation, even though his career-high home run rate has kept his overall production down. Even with Ray though the depth isn’t great. The rest of the Jays rotation is a bit of a mishmash, though it’s worth noting that prospect Alek Manoah made his major league debut on Thursday and pitched great against the Yankees. He and top pitching prospect Nate Pearson represent the upside on this team. It’s unfair to pin the Jays post-season success on them, but it’s difficult to look at this team, great as the offense is, and peg them as a World Series contender without improving the rotation in some capacity.

The defending AL champs were widely ignored in the run up to the 2021 season, as most analysts jumped on the Yankees bandwagon. Perhaps that was misguided. The Rays stand at the top of the division with the second best run differential in the AL (tied with Houston). Yes, they do it without big names or big contracts, and perhaps not in a fashion that endears them to baseball fans in general, but it’s undoubtedly true that whatever they do works. They win, and they’re winning.

There aren’t many teams that would win the AL and trade their ace starting pitcher and their starting shortstop, but then there aren’t many teams like the Rays. And there aren’t many teams with farm systems like Tampa’s. They could make those deals because they had guys who could step into those spots and produce at the level of their departing stars. Luis Patino, who came over from San Diego as part of the return for Blake Snell, has better numbers than the newly minted Padres star. So does Rays starting pitching prospect Shane McClanahan. And that’s not to even mention the best prospect in baseball, Wander Franco, who the Rays still haven’t called up despite trading incumbent starting shortstop Willy Adames. Crazy? Maybe, but that’s because they have another good shortstop prospect, Taylor Walls, who they called up instead. [head explodes]

While the Rays can bring up great prospects seemingly all day long, they will struggle to improve the team at the trade deadline, or at least they’ll struggle to add big name, big salaried players to improve the team down the stretch. But, maybe that’s not such a bad thing. This organization, regardless of what anyone thinks of them, makes it work perhaps better than any team in baseball.

This was the team. The Yankees were everyone’s pre-season favorite to take the division and challenge the Dodgers in the World Series. And that might still happen! But right now the Yankees have hit a bit of a snag. They started off very cold and though they’ve been winning a lot more games lately, the manner in which they’ve done it looks less than solid.

The vaunted Yankees offense has sputtered this season, currently ranking 20th in FanGraphs offensive WAR statistic. Many of the players who New York has been depending on over the past few seasons have had difficult starts to the 2021 season. Thursday, the Yankees ran out a lineup that featured two players with OPSs above .700: Aaron Judge at .958 and Kyle Higashioka at .776. Giancarlo Stanton is, shockingly, hurt. So is, shockingly, Aaron Hicks. Gio Urshella, Gleyber Torres, and DJ LeMahieu have been league average hitters. Everyone else has been awful.

The Yankees have been winning on good starting pitching. The Yankee starting staff has been one of the best in baseball, though much of that success is due to Gerrit Cole’s continued excellence. Cole is a legit Cy Young contender, almost equalling the total WAR of the rest of the Yankees starting rotation by himself. But big off-season acquisition Corey Kluber is already hurt and set to miss a few months. Jameson Taillon is healthy but giving up home runs left and right, and the rest of the staff isn’t intimidating anyone.

The Yankees might get healthy and go on a run, they might add Max Scherzer and Trevor Story at the trade deadline and win the World Series. But right now, this is a team hanging on by the sheer star-power performances of Cole and Judge.

State of the Race

The Red Sox held the pole position for the first almost two months, but right now that seems like a thing of the past. The Rays are playing well and show no signs of slowing down, and they haven’t even called up Wander Franco yet. The Yankees are winning though I’m not sure I completely understand how. The Blue Jays, if their young prospects show up, will be a team to behold. The Red Sox are two injuries away from a .500 record and no injuries away from being among the top teams in the AL.

The division most seemed to think would be a cakewalk for New York is perhaps the most competitive and exciting in baseball. Now just wait until the Orioles get good!