Why Does This Summer Movie Season Suck? 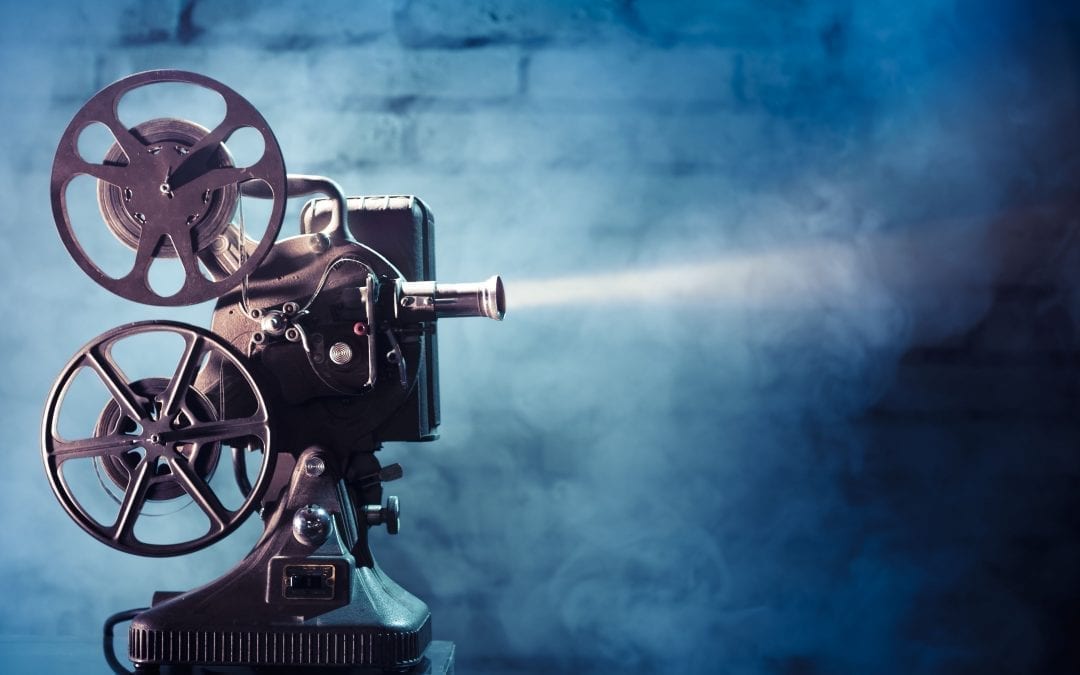 Every year I foolishly get excited for summer movie season. A great summer blockbuster is one of my favorite kinds of movies, especially to see in theaters. The possibilities for these are endless at the end of April as you’re staring at the laundry list of movies set to come out over the next three or four months. Big budgets abound almost every week which hint at big set pieces with the latest special effects. Sequels to your favorite franchises, plenty of animated films to take your kids to, comedy, horror, and adaptations of popular books, games, and past movies. Without any reviews or word of mouth to go off of these things are enticing as the weather warms up and the air conditioned movie theater calls to you. But seemingly every year it never lives up to the hype and this year is no different. In fact, this year is one of the worst summers in recent memory. Of course, its not over and there are some promising releases to come over the next month which I’ll get to but let me put my thinking cap on and try to figure out what went wrong this year.

Actually, lets back up to the first weekend of the summer. On Friday May 6th Disney and Marvel combined to release ‘Captain America: Civil War’ to get things started with a bang. This is one movie that certainly didn’t disappoint, making over $1 billion worldwide with a great response from both critics (91% on Rotten Tomatoes) and general audiences alike. I saw it and loved it. And Marvel has done a great job with their whole Avengers franchise, most movies they release do well both financially and critically. But maybe they’re doing too good of a job… Just like every success story the person/business/studio who brings something new to the table that people enjoy enables copycats who imitate the perceived formula involved. You’ve heard of sequel-itis which people have been complaining about for quite a while and its still an issue. Look at the completely unnecessary sequels released this summer that came and went without leaving a mark. ‘Alice Through the Looking Glass’ was a sequel that came too late, got terrible reviews and was a box office bomb. ‘Now You See Me 2’ has actually made a small profit but got bad reviews following the completely uninspired original in the first place. The last example of this is from the past few months is ‘Neighbors 2: Sorority Rising’ which is essentially the same exact movie with a slightly different angle than its predecessor. The first one was decent enough but the only reason a sequel was made is because the original made the studio money. That said there are also examples of sequels that do a good job of revisiting characters and worlds that people loved. ‘Finding Dory’ and ‘The Conjuring 2’ are some from this year.

The problem Marvel appears to have caused is like the flu to sequel-itis’ cold. Franchise-itis is a thing and its being spread throughout Hollywood at an alarming rate. Everything has to be connected now. Studios won’t even green light a film unless it has the promise of as many sequels and spin-offs as possible. We saw this in the spring with ‘Batman v. Superman: Dawn of Justice’ and ‘Independence Day: Resurgence’ is another example. When they announced ‘ID:R’ was coming they announced it as two films and without spoiling anything the climax of the movie is undercut by an arbitrary ‘to be continued…’. Its hard to leave moviegoers excited and wanting more when you’re more focused on getting the price of two tickets for the enjoyment of one than giving them an enjoyable experience. Marvel is able to both because the movie you’re seeing is whats important until its over and you think about how it fits into the overall narrative. Original movies are like taking a Tylenol for a much more serious ailment. ‘The Nice Guys’ was a great movie not based on a current popular property and its reward? Nobody saw it, despite a 91% RT score. Its all about name value and even a comedy from Paul Feig starring Kristin Wiig and Melissa McCarthy needs to be forced to be a reboot of ‘Ghostbusters’ which hopes to be the start of a new… franchise.

The problem is that familiarity isn’t enough anymore. Especially at the cost of quality. A new Teenage Mutant Ninja Turtles movie came out in 2014 and made a nice profit despite bad reviews since curiosity and nostalgia were able to overcome that. But ‘TMNT: Out of the Shadows’ wasn’t able to do the same this year with the same bad reviews. At a certain point people need to at least feel confident that what they’re going to see will be good. With a few exceptions almost every movie that has come out this summer has under performed expectations at the box office. And not many have been well reviewed. The fourth highest domestic grossing film so far is ‘X-Men: Apocalypse’ (yet still a disappointment) at $155 million. That would’ve been 10th best last year and no better than ninth in any year from 2009-2015. To be fair it has time to be knocked down that low but I can’t see it falling any lower than seventh or eighth after looking at whats to come. August is usually the weakest of the summer months as things wind down and shift gears. Also, if you don’t have kids and/or don’t have an interest in superhero movies then this summer is especially bankrupt for you.

Going back to ‘The Nice Guys’ which is such an exception in that it encapsulates another issue with summer movie season: the death of the mid budget movie. There are not many films released with a budget between $40 million and $75 million which is a sweet spot for creativity. The new way to go seems to be either low budget where studios can be fairly certain to not take a loss and hit a homerun every once in a while or big budget where they pump hundreds of millions of dollars into FX and marketing to go for the blockbuster dollars. The problem on the low end is that they tend to lack a wow factor as they have to go through hoops to meet the tight budget requirements. On the high end they all end up feeling the same since they use alot of the same FX houses and are constantly feeling the need to go bigger and bigger which can take away the connection to the characters and story, in my opinion the most important ingredient to a movie. Mid-budget films can give film makers the best of both worlds, enough money to give them the wherewithal to complete their vision but not so much that they get lost in the possibilities and drown in the scope. Of course a movie’s budget isn’t directly connected to its quality but I do think it plays a part and moviegoers would prefer a nice balance as opposed to being overwhelmed with one or the other.

The last thing that takes away some excitement from summer movie season is the over-saturation of blockbuster movies throughout the year. It used to be that big budget blockbusters were generally released from June to August while the awards contenders came out September to December. The fall and holiday season are still reserved for mostly movies aiming to have some gravitas but the summer has expanded to include the month of May since around the time Marvel came onto the scene with ‘Iron Man’. More recently its expanded even more. The Hunger Games movies came out in March and November, the Star Wars franchise has its sights set on December (nod to Avatar), and comic book movies are taking aim at that winter dead zone from January to April that used to be a dumping ground. Its not all bad. I’d much rather be seeing movies that have some hype to them like ‘Deadpool’ and ‘BvS: DoJ’ at the beginning of the year as opposed to Nicholas Cage’s latest paycheck grab that should be coming out direct to DVD. But it still takes some buzz out of the air once summer hits. You need ebbs and flows, absence makes the heart grow fonder, etc etc. I think at the end of the day the cream will rise to the top and the rest will have to re-evaluate their business model.

This weekend ‘Jason Bourne’ comes out, a movie I’m looking forward to. Its the return of Matt Damon to the franchise (there’s that word again) after they tried to pass the series off to Jeremy Renner. That didn’t go over well. I loved the original trilogy and the trailers or this new one look very promising. Another movie I’m looking forward to is ‘Suicide Squad’, the next movie in the DCEU. I’m not much of a DC movie fan, one of the leading culprits of franchise-itis, but at least this one is going for something different. Instead of another superhero origin story in a rush to tie everything together and catch up with Marvel they’re telling the story of a group of imprisoned super villains put together by the government to put an end to a threat much worse. The trailers have been great and its directed by a guy who has made some movies I’ve liked a lot in David Ayer. The last two movies that are intriguing to me this summer are ‘Pete’s Dragon’ and ‘Sausage Party’, another Disney live action remake of one of their animated classics and an R rated animated movie from Seth Rogen and Evan Goldberg respectively. Hopefully these movies will save the season and change the narrative that I just laid out into a late blooming summer that ended up meeting the usual requirements of a good summer movie season.

So why does this summer movie season suck? Because every summer movie season ‘sucks’. In general movies tend to be mediocre. Its hard to make great ones, especially when you’re restricted by movie studio input. Once we get some separation from it, we’ll remember summer 2016 for ‘Captain America: Civil War’, ‘Finding Dory’, ‘Star Trek Beyond’, ‘The Nice Guys’ (if you see it) and hopefully some of the movies that have yet to be released. The only difference this year is maybe there have been a couple more disappointments to this point than most years heading into the last week of July.