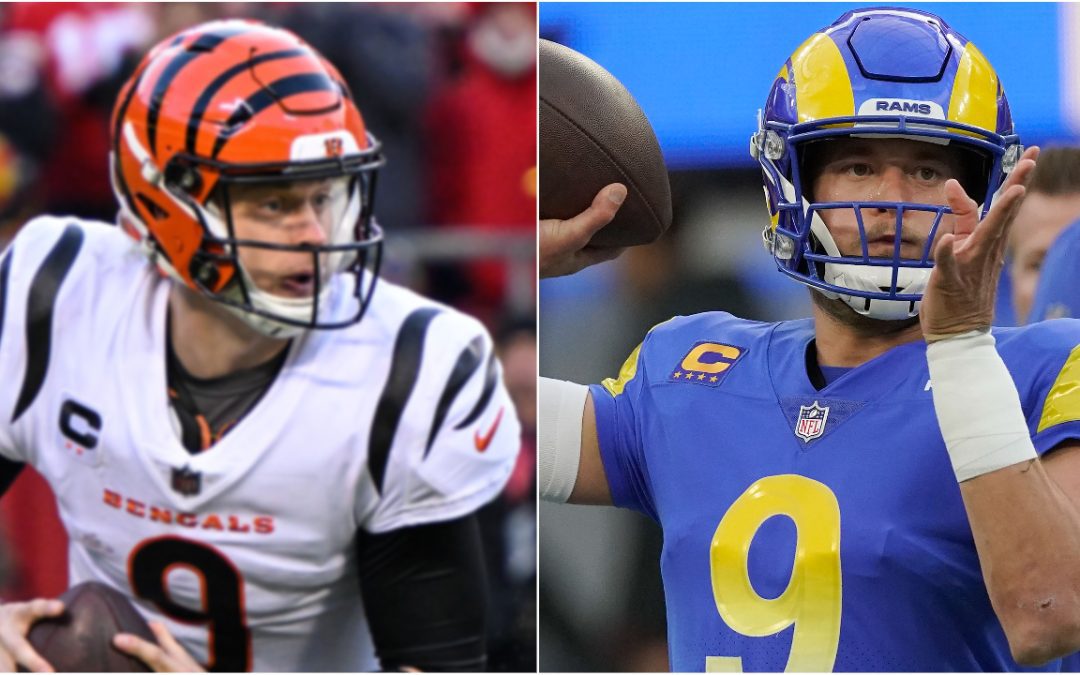 Super Bowl LVI has the feel of a Hollywood movie script, doesn’t it?

Two coaches who are trying to avenge their previous disaster on the Super Bowl stage… on the same coaching staff, mind you.

And a player wearing a no. 3 jersey who is trying to complete his redemption arc at SoFi Stadium.

For a second straight season, a Super Bowl participant will be playing the big game in their home stadium.

This time around it’s the Los Angeles Rams, led by Head Coach Sean McVay, who are looking to hoist the Lombardi trophy for the first time since the 1999 season.

While the Cincinnati Bengals are still searching for their first Super Bowl title in franchise history.

Both teams punched their ticket to SoFi Stadium in dramatic fashion.
The Rams overcame a 10-point fourth-quarter deficit against their divisional rivals to advance to the Super Bowl Sunday.

And while that comeback effort from the Rams was impressive, the Bengals upset of the defending AFC Champion Kansas City Chiefs put any potential dynasty talk on hold with an overtime win at Arrowhead Stadium.
Meaning Super Bowl LVI will feature a showdown between two quarterbacks who are former number one overall picks in their respective NFL Drafts.

For the Los Angeles Rams, it’s Matthew Stafford. Who gave the Detroit Lions 12 quality seasons but was ultimately unable to lift the franchise into Super Bowl contention.

For the Cincinnati Bengals, it’s Joe Burrow. Not only has he lifted the Bengals franchise into the national spotlight but has done so just one year removed from a season-ending knee injury.

However, one thing we have learned this NFL postseason is that styles make fights.

The Los Angeles Rams defensive unit is led by arguably the best defensive player in the league, Aaron Donald, and features edge rushers Von Miller and Leonard Floyd, who are simply bad matchups across the board for the Bengals offensive line unit.

Although, a pass rush alone is not enough to beat the Cincinnati Bengals… Just ask the Tennessee Titans who sacked Joe Burrow nine times and still came away with the loss.

On the flip side, the Rams offense is loaded with talent across the board. Wide Receivers Cooper Kupp and Odell Beckham Jr. present matchup issues for every secondary in the NFL.

But again, the Bengals’ defense should not be overlooked.
After giving up touchdowns passes on the first three possessions of the AFC Championship Game, the Bengals made the halftime adjustment of dropping 8 players into coverage while adding a spy on Patrick Mahomes to not only hold the Chiefs out of the endzone in the second half but prevented the Chiefs from advancing to their third straight Super Bowl.

Ultimately, whoever wins the battle in the trenches will win on Sunday.
Trey Hendrickson and Sam Hubbard could present some issues for the Rams offensive line… but the Bengals interior offensive line (Hakeem Adeniji, Trey Hopkins, and Quinton Spain) simply have no answer for Aaron Donald.

Burrow and the Bengals thrive on one-on-one matchups on the outside with WRs Ja’Marr Chase and Tee Higgins, but if the Rams prove capable of disguising their double teams or simply hold up in coverage for a couple of seconds, Burrow could be in for a long night.

Prediction
Ultimately, I believe Joe Burrow is going to keep this game close, but the Rams present all kinds of matchup issues on both sides of the ball and are simply the more talented team.

It’s a script that one could write in Hollywood… and will come true on Sunday night.