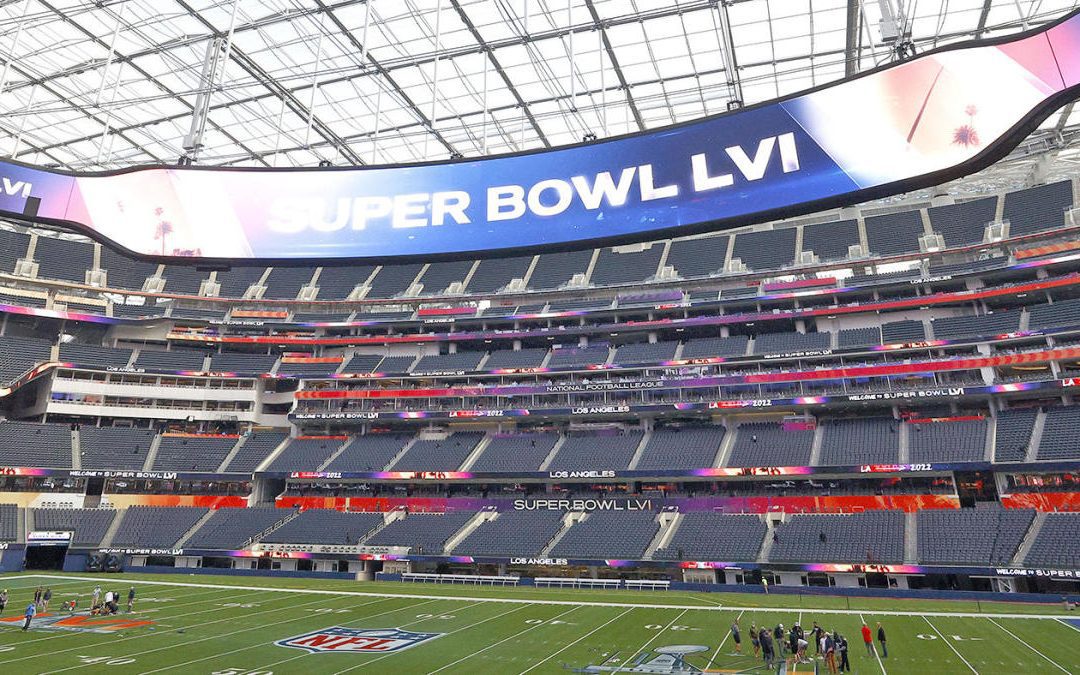 Super Bowl Sunday is a lot more fun when you don’t really have a rooting interest in the game. And for many years, that was the case for me. When the NFL left Los Angeles in the mid-90’s, I was left rudderless. The closest I came to fandom was rooting for Tom Brady to lose, which rarely happened.

But after two decades, the NFL returned to L.A. and for the second time in three calendar years, the Rams are in the Super Bowl. While I’m happy to see my team in the big game, I know I’ll be dry-heaving in the few hours before kickoff on Sunday.

Sigh. First world problems, am I right? There are 30 fanbases who would throw things at me if they were to hear my pathetic kvetching.

So, here we are, just a couple days from an event that routinely turns players and coaches into legends. Let’s take a look at what a Super Bowl win would do for a few notable names.

People raised their eyebrows when the Rams hired the 30-year-old McVay – the youngest coach in league history – back in 2017. Especially considering that he was taking over a team that perpetually finished around 7-9 and featured a young quarterback – Jared Goff – who looked lost during his rookie year. What McVay has done since has been nothing short of remarkable: five consecutive seasons with a winning record, four playoff appearances, three division titles and two conference championships. But there’s a lingering smell that needs to be eradicated. When the Rams made Super Bowl LIII after the 2018 season, they came out and laid a giant egg offensively, losing to the Patriots 13-3. A win on Sunday will cement McVay’s legacy, not just in Los Angeles, but as a proven commodity in the NFL for decades to come.

It’s been interesting to watch the pundits and experts make their Super Bowl picks over the last two weeks. Here’s a typical exchange:

Host: “OK [insert whatever name here, it doesn’t matter], who do you have winning the Super Bowl?”

That’s it. Apparently that’s enough. No talk of the Bengals receivers. Didn’t hear a peep of what defensive adjustments Cincinnati will make to stop the Rams’ multi-faceted offense. None of that. Just Joe Burrow. Remember when everyone was gushing about Patrick Mahomes and Josh Allen being the new faces of the league after that epic Bills-Chiefs playoff tilt? Well, both of those guys will be watching Burrow potentially steal their shine from their couches. A win here will give the second-year quarterback the kind of cache that will last his entire career. Amazing.

He’s a three-time defensive player of the year and a seven-time first team All-Pro. He’s destined to be a first-ballot Hall of Famer. Of that, there is no doubt. But there’s one thing missing from his resume: a championship ring. For the record, it should be noted that Donald and the entire Rams defense did their part during their previous Super Bowl disaster. Now that No. 99 has another crack at getting a chip, expect to see a wild man playing like he’s possessed on Sunday. This could be his last chance at getting what has eluded him during what can only be described as an epic career. And if he gets that, what else is there to accomplish?

The People of Cincinnati

When it comes to college football, it’s hard to feel any sympathy for Ohio. They’ve enjoyed Buckeyes teams that have achieved great things. But as far as professional football goes, the state has been repeatedly kicked in the crotch. Between the Browns and the Bengals, these people have suffered. Teams with no talent, busted draft picks and a litany of fired head coaches. One thing Cincinnati has over Cleveland is multiple Super Bowl appearances. Sunday will be the third time the Bengals have played in the big game and they’re still without a victory. If the Rams win, I don’t know how big the victory parade will be in the City of Angels. If the Bengals raise the Lombardi Trophy, expect a celebration that might swarm the whole area around Cincinnati.

It’s funny to see people move the goalposts on the veteran quarterback since he arrived in Los Angeles last year. When the Rams started out hot in the fall, this is what the doubters had to say:

“Well, let’s see him do it in the playoffs.”

OK, no problem. The Rams won their division and then beat the Cardinals in the opening round of the postseason, giving Stafford his first career playoff victory.

“Yeah, whatever. Let’s see him reach the Super Bowl.”

Cool. He brought his team back from a 10-point deficit in the fourth quarter and beat the 49ers in the NFC championship game.

“Yeah, but it doesn’t count unless he wins the Super Bowl.”

To quote Goldmember: “Ah, well. Then there is no pleasing you.” If Stafford wins the Super Bowl on Sunday, there will still be morons who will say something negative. I imagine most of those voices come from the state of Michigan. Sorry guys, your franchise stinks. Always has, always will. Meanwhile, a championship will not just prove that the Rams made the right decision in giving up a lot of draft capital to acquire Stafford, the latter will probably end up in Canton because of it.

There are kickers and then there are kickers with swag. And Cincinnati’s rookie leg man has that in spades. He called his shot in the divisional round and made a field goal to send the Bengals to the AFC championship game. Once there, he nailed another kick in overtime to bring Cincinnati to this point. Can you imagine if he makes a field goal that clinches the Lombardi Trophy? Oh, my.

If he’s smart, he leverages that goodwill into a political career. Like Jerry Springer, he can start by becoming mayor of Cincinnati. And he can call it every time.

I discussed some of these with my BSL colleagues Chris Stoner, Mike Fast and Derek Tate on this week’s Sports Tonight podcast, but it bears repeating.

I live in the Los Angeles area and as some of you might have heard, celebrity culture can be big out here. So this bet caught my eye: Which celebrity will be shown on TV first?

Leonardo DiCaprio is the favorite at +190, followed by Matt Damon and Ben Affleck, for some reason. Last time I checked, the Patriots aren’t in the Super Bowl, so why would Good Will Hunting be there? That’s wicked silly, dude. The real wild card here is Kim Kardashian, who has the fifth best odds at +555. Here’s something interesting: If you follow the tabloids (who doesn’t?) you would know that she’s been having a fling with Pete Davidson, the country’s most inexplicably annoying man. I don’t know why he bothers me. He just does. (Total lie, I’m very jealous, that’s why) What’s more, as Chris pointed out on the podcast, the game is being broadcast on NBC, the same network that has Davidson’s show, “Saturday Night Live.” So, if you’re looking for a sneaky play, maybe put some money on seeing his dumb dyed blonde hair on camera.

Here’s another interesting one: How many Super Bowl commercials will feature a dog?

The over/under is at 6.5. I’m taking the over all day. Everyone loves dogs and they make for quality advertising. Now the question is: Will they be good dogs or bad dogs? I enjoy a bad dog, so I’m rooting for the latter.

And finally: What will happen to the price of Bitcoin during the Super Bowl?

Price going up comes in at -130, while going up is at +100. I don’t understand Bitcoin or any cryptocurrency at all. I’ve tried to understand it and it goes way over my head. So I’ll say the price will go … down?

Are you going to a Super Bowl party on Sunday? Here are some tips:

After all the predictions, after all the nonsense, we’ve got one game left. Two teams playing for one trophy. And for those of you who are familiar with me, you know that I hate picking my team to win games because I feel that’s a jinx. I’m a narcissist who believes that my prediction somehow affects how professional football players do their jobs. But it’s the start of a new calendar year and I’ve decided to turn over a new leaf.

It’s not just talent that wins championships. You have to get the lucky bounces. Every championship team can look back at their season and point out a handful of moments that had they not gone their way, would have prevented them from getting that Super Bowl ring. And the Rams have had those – look no further than Jaquiski Tartt’s dropped interception in the NFC championship game. Had he held on to that awful pass from Matthew Stafford, it might be the 49ers playing the Bengals on Sunday. But he didn’t and here we are.

Both teams have a ton of talent. Both are well-coached. Even Vegas is telling you this is a tossup with their odds. So, I’m going with my gut here.

Thanks for another great year!