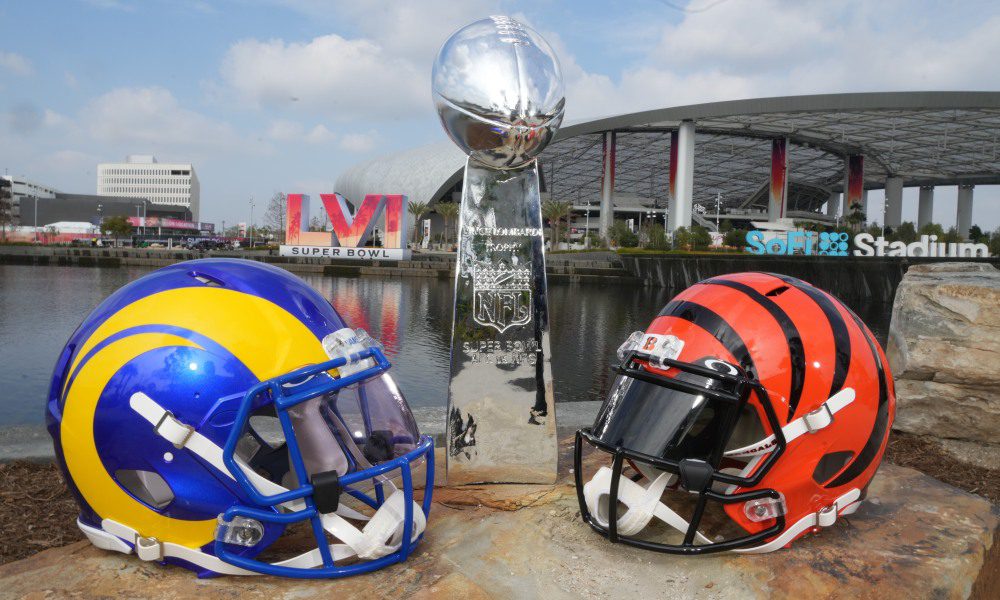 After an 18-week season and an already epic postseason, we’re set for the big game this Sunday in LA.

Both teams are very deserving to be in this game and more alike than you may think. Both offenses scored exactly 460 points in the regular season, and the Bengals’ defense allowed only four more points (376) than the Rams’ defense (372). Both teams are coming off consecutive 3-point wins. Both teams are being led by head coaches under the age of 40.

Though it might not have been a popular preseason pick, the matchup of these two teams in the Super Bowl is exactly what was meant to be.

Prior matchups: These two teams didn’t play in the regular season. In fact, the only two times these two coaches coached against each other was in 2019 when the Rams beat the Bengals in London, 24-10. In that game, neither Joe Burrow nor Matthew Stafford were on their current teams.

Analysis: There’s no hotter player in the league right now than Bengals quarterback Joe Burrow. He’s grown up very quickly and overcome a losing regular season record (12-13) to post an undefeated record in the postseason (3-0). Despite the fact he’s pressured and sacked very often, he’s maintained the ability to throw with pace and precision.

Last week, he helped his team overcome an 18-point deficit on the road in Kansas City—something not many others have done before. In fact, Burrow helped the Bengals become the first team to ever win a postseason game in Arrowhead against a Mahomes-led Chiefs team (nine games). Not that the Bengals needed any more confidence, but now they have it.

On the Rams side, they beat the 49ers in their last game for the first time in seven tries and did so in come from behind fashion. Even though both Deebo Samuel and George Kittle scored touchdowns, the Rams defense did an admirable job in holding Samuel to less than 100 total yards and Kittle to 27 receiving yards.

Here’s what to look for when each team has the ball.

This Rams pass rush is serious. Even without blitzing, they can really get after the quarterback. In the regular season, the Bengals offense ranked 30th in sacks allowed (3.4/game), while the Rams defense ranked 7th in sacks made (2.8/game). Although sacks don’t paint the whole picture, you can rest assured the Rams will bring all sorts of pressure from multiple parts of the field. They’re also not dumb, so they could also very well incorporate simulated pressures and drop into zone coverage in an attempt to deceive Burrow.

Conversely, Burrow has shown a propensity to defeat such defensive looks, playing wise beyond his years. It should be a fascinating battle to watch.

Mixon’s ability to run and receive the ball is something that, while explosive, is down the list in terms of priorities defensive coordinators seek to account for.

On the flip side, the Rams defensive line is so threatening, it’s almost impossible to properly account for off-ball players like Von Miller. Besides, even when we’ve seen teams try to block him (especially on the 49ers last offensive play last game), their efforts are usually all for not.

Cooper Kupp is very close to unstoppable. However, even if the Bengals can’t prevent Kupp being targeted, they can still turn Matthew Stafford over. This season (playoffs included), Stafford has thrown 18 interceptions in 20 games. As good as Los Angeles has been with him, he will most likely give Cincinnati an extra possession or two. It’ll be up to the Bengals to take advantage of such opportunities.

So far in these playoffs, Bates has recorded 14 tackles and five passes defensed. He’s all over the field and will likely have influence on most of what the Rams do offensively, run or pass.

Rams left tackle Andrew Whitworth spent the first 11 years of his career playing for the Bengals. Now he faces them in the biggest game of his life. If he’s able to maintain his solid pass protection against stud defensive ends Trey Hendrickson and Sam Hubbard, it’ll go a long way in ensuring a clean pocket and clear passing lanes for Stafford.

The Rams are at home, have fought from behind to develop crucial resilience, and have the league’s best receiver.

However, Joe Burrow is on another level. It’s hard for me to see how he and the Bengals lose this game.

I fully expect them to make a late game run, but something tells me if the Bengals were going to fall apart, they would’ve done so by now.