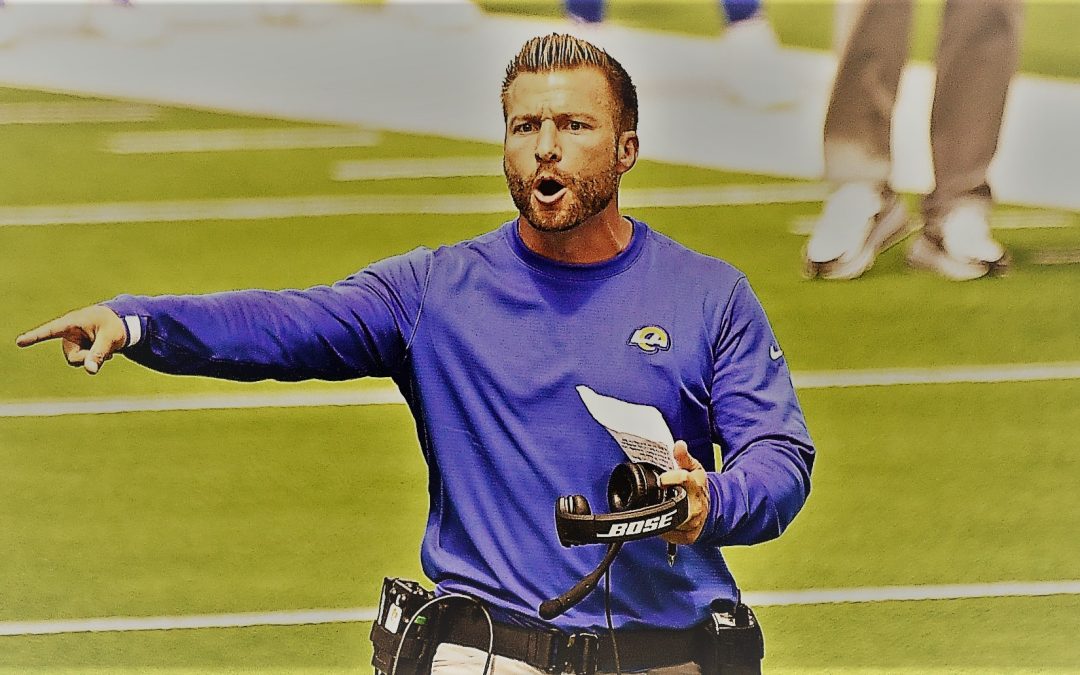 The joke has persisted for several years. The setup and delivery change slightly, but the punchline remains largely the same.

The bit became fashionable in 2019 when multiple teams hired assistants with experience working alongside McVay (the Green Bay Packers with Matt LaFleur and the Cincinnati Bengals with Zac Taylor) while another announced its new coach by literally highlighting his friendship with the Los Angeles Rams’ headman.

The laughs came fast and furiously at the time. LaFleur had just one underwhelming season as a play-calling offensive coordinator under his belt when the Packers tabbed him as their new head coach while Taylor hadn’t served as more than a quarterbacks coach in the NFL since a stint as the interim OC for the Miami Dolphins in 2015. As for Kingsbury, he hadn’t coached in the NFL at all to that point while sporting a sub-.500 record as the head coach of Texas Tech from 2013 to 2018.

[Discuss this article on the BSL message boards]

Three years later, those jokes don’t carry the same punch they once did. LaFleur has guided the Packers to three consecutive 13-win seasons and helped Aaron Rodgers return to MVP form, winning the award in 2020 with another likely on the way later this month. After a slow start with a franchise in complete teardown mode, Taylor has the Bengals in the Super Bowl, a stage they haven’t reached since the 1980s. Kingsbury, for all his faults, oversaw the Arizona Cardinals return to the playoffs for the first time since Carson Palmer and Bruce Arians worked for the team.

In a league that consistently botches the hiring process for head coaches, McVay’s tree has delivered results superior to his contemporaries. As a result, even more of his assistants have landed head-coaching positions in the time since. Last year, the Chargers hired Brandon Staley, the Rams’ defensive coordinator during the season prior, and secured their first winning record in three seasons. According to multiple reports, current Rams offensive coordinator Kevin O’Connell will become the next head coach of the Minnesota Vikings following Super Bowl LVI.

While it seems McVay can’t have more assistants worth hiring for bigger positions elsewhere, the development doesn’t seem likely to abate in the near future. Liam Coen, who worked for the Rams in various capacities from 2018 to 2020, just completed a wildly successful first season as the offensive coordinator and quarterbacks coach for the Kentucky Wildcats. That work has put him on the radar for an NFL OC position, with O’Connell reportedly considering him for the role when he arrives in the Twin Cities.

Meanwhile, McVay’s current defensive coordinator, Raheem Morris, has also garnered consideration for a head-coaching position this cycle. He interviewed twice with the Vikings before the team settled on O’Connell for the job. Given that the Rams will play in the Super Bowl on Feb. 13 and seem reasonably likely to remain a title contender next season, Morris should receive more opportunities roughly a year from now.

All of which underscores an undeniable trend in the NFL. While the exact schematics McVay and his associates deploy differ from situation to situation and not every one of his assistants will thrive when given the chance to run a team, no other coaching tree has delivered comparable success or consistency over the past decade. That doesn’t even include San Francisco 49ers head coach Kyle Shanahan under whom McVay apprenticed in Washington nor does it factor for Cleveland Browns headman Kevin Stefanski who trained under Gary Kubiak, another tentpole of this coaching tree.

Counting the official and reported hires from this cycle, about a third of the NFL’s teams employ head coaches directly connected with McVay. No other coaching tree currently accounts for more than six of those jobs (the Kansas City Chiefs’ Andy Reid and his disciples). With the league averaging more than five openings each year over the past decade, McVay’s tree could grow additional branches in the near future. One way or another, McVay or one of his former assistants will hoist the Lombardi Trophy in just over a week.

At least until the on-field results significantly wane, expect even more from this group of coaches in the coming years.