Surprising and Unsurprising Results From The NCAA Tournament So Far 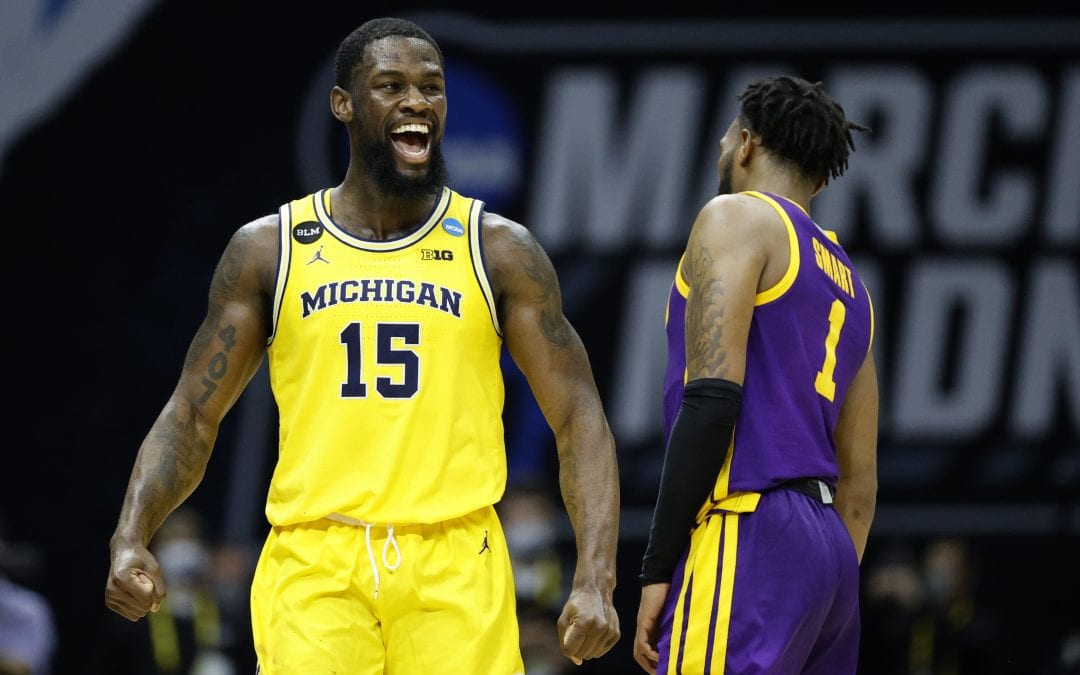 After coronavirus cruelly ended up canceling March Madness last year, we got plenty of madness to make up for it this year. There’s a #15 seed in the Sweet 16, with two #11 seeds and a #12 seed joining them. While the first weekend had plenty of surprises, there were also some things we should’ve seen coming. Here’s what was both surprising and unsurprising from the first weekend of the men’s basketball tournament.

It started with nine teams, now there’s one.

The Big Ten led all conferences in tournament bids, sending over half of the conference to the tournament and producing a pair of #1 seeds and #2 seeds. The losses started with #11 seed Michigan State, who seemed to be getting hot at the right time after ending their season with wins over tournament #1 seeds Illinois and Michigan and #2 seed Ohio State. MSU fell to a UCLA team that was cold going into the tournament, but now finds themselves in the Sweet 16.

From there, #2 seed Ohio State lost in the first round to #15 seed Oral Roberts, #1 seed Illinois got eliminated by #8 seed Loyola-Chicago and a heroic 36-point effort from Luka Garza couldn’t stop #7 seed Oregon from sending the #2 seed Hawkeyes home.

Outside of Michigan, Rutgers pretty easily represented the Big Ten the best in the tournament. The Scarlet Knights, who went 3-15 in conference play during the 2017-18 season, would’ve enjoyed their first NCAA tournament appearance since 1991 last season, but that got ruined due to the pandemic. Thanks to a quality win against Illinois and a 10-10 conference record, Rutgers finally got to make the tournament as a #10 seed. They beat #7 seed Clemson by four and quite frankly should’ve beaten #2 Houston in a game where they led by ten points with under nine minutes left to play. Regardless, it was an incredible pair of games for a school that spent its first four years in the Big Ten being a laughingstock.

What makes this especially surprising is the Big Ten has had a pretty solid tournament track record recently. In 2019, MSU denied Zion Williamson’s Duke a chance at the Final Four in a 68-67 Elite Eight thriller, while Purdue gave eventual champions Virginia all it could handle in an overtime loss in the Elite Eight. In 2018, Michigan made it to the title game before bowing out to Villanova and the 2015 Final Four included both Michigan State and Wisconsin. Wisconsin managed to be the only team to beat Kentucky that year, before being unable to follow up their upset in a title game loss to Duke.

The obvious elephant in the room is the last national title from a Big Ten school belongs to Maryland in 2002, when they weren’t even in the conference. However, I think it’d be hard to argue the Big Ten’s performance in the prior five tournaments wasn’t a strong showing.

I also expect we’ll see Big Ten schools focus on strong out-of-conference schedules next year as they look to demonstrate this was just a fluky bunch of results for the conference.

Not surprising: Double-digit Syracuse does it again

In the past four tournaments, Jim Boeheim’s Syracuse made the Final Four as a #10 seed and the Sweet 16 as a #11 seed so it shouldn’t be that shocking we once again find ourselves seeing the Orange in the second weekend with a double-digit seed. #11 seed Syracuse might as well be designed in a lab to have an underwhelming regular season before making a tournament run. The ACC teams are used to their zone defense by now, but it still can sneak up on the rest of college basketball who knows it’s coming but still aren’t ready for it in-game.

San Diego State and West Virginia both had their second-worst games of the season for field goal percentage against the Orange, demonstrating how much the zone defense threw them off their game. While the defense did a great job forcing missed shots, the offense also stepped up. Entering the NCAA tournament, the Orange had a field goal percentage above 50 percent five times in 25 games and then proceeded to make over half of their field goals in both of the tournament wins.

Houston should be prepared for the Orange with the time off between the round of 32 and the Sweet 16 but Syracuse’s 2016 run to the Final Four proves that it isn’t a guarantee that West Virginia will be their last win in this tournament.

The traditional thought process for March Madness is winning the conference tournament is a great sign heading into the NCAA tournament. It means a team has already shown it can win games in rapid succession at a neutral site and would seem to be peaking at the right time.

The 2010-11 UConn Huskies became one of the most legendary title winners in college basketball history after winning five games in five days at the Big East tournament and then winning the NCAA tournament. The 2016-17 Michigan team won the Big Ten tournament after starting the tournament by playing in practice jerseys due to airplane problems and then upset #2 seed Louisville on their way to the Sweet 16.

However, the conference tournament boost didn’t really apply in this year’s tournament. #3 seed Texas suffered an in-state upset to #14 seed Abilene Christian and Patrick Ewing’s magical run to make the tournament ended unceremoniously when #5 seed Colorado made 64 percent of their threes on their way to scoring 96 points. Meanwhile, #9 seed Georgia Tech and #1 seed Illinois both ran into Loyola-Chicago, a team we can confidently say is better than its #8 seed. Now, only Alabama and Oregon State remain. Alabama looks to be the better of the two but Oregon State already sent future #1 pick Cade Cunningham home, so who knows.

Maybe this year’s down performance could be connected to the pandemic in some way or maybe it’s just the volatility of samples in a single-elimination tournament. Our post-vaccine 2022 tournament will help give us an answer.

Not surprising: Gonzaga doesn’t need to break a sweat

In the 2018 NCAA tournament, UMBC beat Virginia, Loyola-Chicago went to the Final Four and a pair of #9 seeds reached the Elite Eight. While all that chaos happened elsewhere, Villanova comfortably coasted to the national title, beating their opponents by an average of 17.67 points, including a 79-62 victory in the title game.

I bring this up because I’ve got a pretty good hunch Gonzaga might repeat this. While the Big Ten dropped like flies and #15 seed Oral Roberts reached the Sweet 16, Gonzaga took care of business like a #1 seed should against a #16 seed and then cruised to another win over #8 seed Oklahoma, managing to cover 15.5-point spread for the game.

While casual fans might remain skeptical of a school that goes unbeaten playing Pepperdine twice a year, the performance of high-seeded power conference schools like Illinois, Kansas and Virginia demonstrates that isn’t a very good argument. Anything can happen in March but 2014-15 Kentucky, the last team to enter the tournament unbeaten, didn’t lose until the Final Four and it seems likely Gonzaga won’t find themselves truly challenged until that round, with all due respect to Creighton, Oregon and USC.

When UCLA went looking for a new head coach in 2019, it had lofty goals. After all, why shouldn’t the school of John Wooden and Bill Walton be able to entice almost any coach in America? According to the LA Times, John Calipari was a serious candidate and other big-name coaches like Brad Stevens and Tom Izzo were on UCLA’s list of possible candidates. After all the hoopla, UCLA wound up getting Cincinnati’s Mick Cronin, an underwhelming hire with a history of regular-season winning but unimpressive tournament results. From 2010-11 to 2018-19, he made the tournament every year but only produced one Sweet 16. His 2013-14 team was a #5 seed knocked out in the first round by Harvard and his 2017-18 squad earned a #2 seed before losing in the round of 32 to #7 seed Nevada.

After UCLA ended the regular season with three straight losses and then got bounced in their first conference tournament game, it wasn’t exactly an encouraging sign for the Bruins and it only got worse when they found themselves in the First Four against Tom Izzo, one of the best coaches in the tournament history. UCLA then overcame a 14-point deficit to conquer MSU, forced BYU to make only 18 percent of its threes and stopped Abilene Christian’s Cinderella run by avoiding the turnovers that doomed Texas.

The Bruins were one of four Pac-12 teams to make the Sweet 16 and given the way they ended the season and Cronin’s underwhelming tournament resume, I think they’re the most surprising of the four.

UCLA hasn’t gotten past the Sweet 16 since 2008 when Kevin Love and Russell Westbrook took them to the Final Four and they’ll try to end that drought against an Alabama team that looked unstoppable on offense against Maryland.