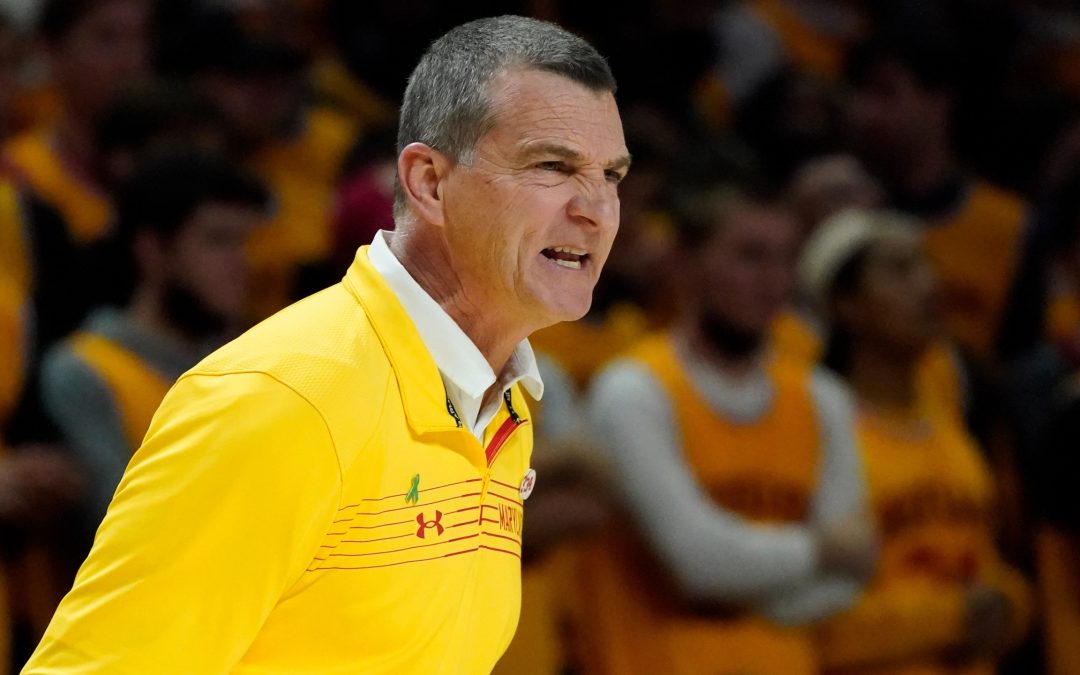 After more than ten seasons as the head coach of Maryland’s men’s basketball program, Mark Turgeon resigned on Friday afternoon in what the university called a “mutual” agreement. While it wasn’t a surprising decision based on the team’s first eight games of the 2021-22 season, the timing caught many people off-guard. It’s rare for a college basketball program to fire its head coach in the middle of a season, much less in the month of December. Assistant Coach Danny Manning will serve as the interim head coach for the remainder of the year, and Athletic Director Damon Evans will lead a national search for Turgeon’s replacement at the end of this season.

Let’s start by saying this: Turgeon is a good man who did many good things for the program over the last decade. He won 66% of his regular season games, 57% of his conference games, and reached the NCAA Tournament in all but one of his last seven years (excluding the 2020 tournament that was cancelled due to COVID-19). He led the team to a Big Ten Conference regular season title in 2020, and was named the conference’s Coach of the Year in 2015. In addition to his success on the court, he also proved to be an excellent fundraiser for the program and a stellar ambassador for the university. However, it was time for him to go.

Despite all of his teams’ success in the regular season, they historically flopped in tournament settings. He led the Terrapins to just one Sweet 16 appearance during his tenure, and they never advanced past the semifinals of a conference tournament. While he showed impressive recruiting prowess early on, things had dropped off significantly in recent years. His preferred style of play also wore thin with many people, loading up the team’s roster with athletes only to forbid them from pushing the tempo offensively.

After a better-than-expected finish last season and a trip to the Round of 32 in the NCAA Tournament, he was granted a modest contract extension that essentially bought him an extra year in College Park. He loaded up his roster with transfers, which led to a Top 25 ranking in the AP’s preseason poll. But things fell apart rather quickly, as the team lost to George Mason in their fourth game and again to Louisville and Virginia Tech. So far this year, they’ve been unable to do anything very well. Their shooting has been abysmal, and the defense, which has typically been Turgeon’s calling card, has been shaky at best. In a “put up or shut up” year, the silence has been deafening.

After less than a year on Turgeon’s staff, Manning will take over as Maryland’s interim head coach for the remainder of this season. He has the most recent experience of anyone on the staff as a head coach, having led the Tulsa program from 2012-2014 and Wake Forest from 2014-2020. He compiled a 116-140 record during those eight seasons, and took the Golden Hurricanes to the NCAA Tournament during the 2013-14 season. He was hired in large part due to his lengthy relationship with Turgeon, as the two played together in college at Kansas.

With 23 regular season games left on the schedule, this is a major opportunity for Manning to turn things around and prove that he can be a successful head coach at a high level. Throughout his career, his teams have typically run much more in transition than was ever the case under Turgeon’s leadership. So at the very least, the Terrapins may be a more fun team to watch for the remainder of this season. While he likely isn’t at, or near the top of anyone’s list of candidates to replace Turgeon, a lot can change over the course of the next three months. If nothing else, a successful finish to the season would likely allow him to explore head coaching opportunities elsewhere.

Keep an eye out for an upcoming article from my fellow BSL Terps Analyst Pat Donohue, where he’ll take a look at a number of potential candidates for Maryland’s head coaching job next season.