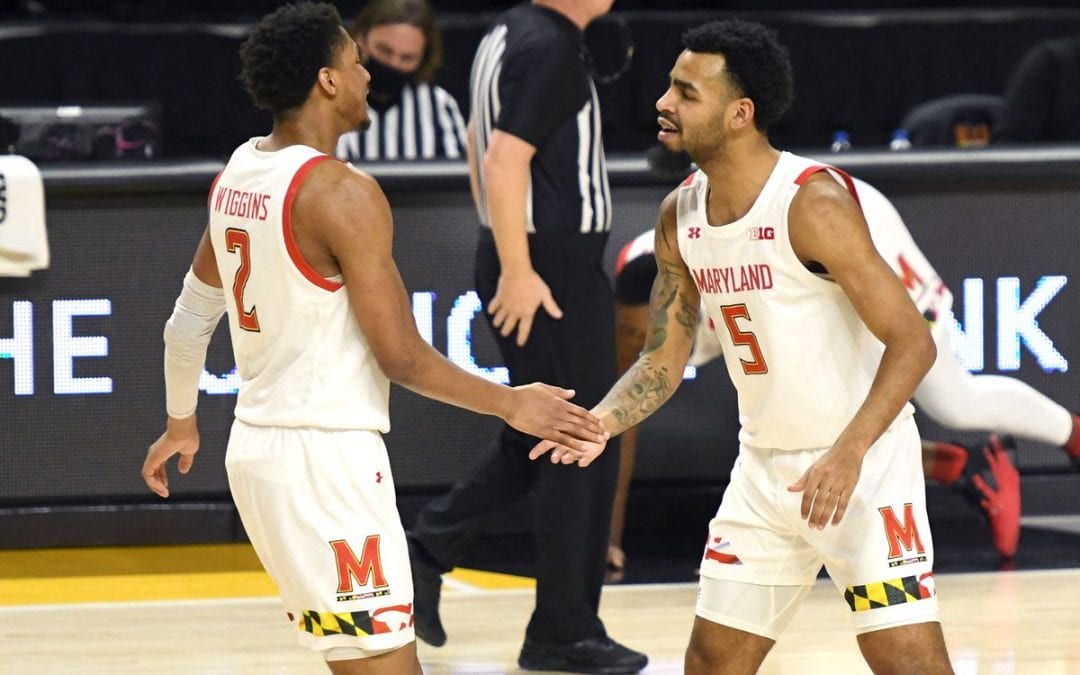 While many are projecting Maryland to be one of the better basketball teams in the Big Ten next season, much of that is without full knowledge of what the Terps’ roster will look like. But things are starting to clear up.

Let’s take a look at where Mark Turgeon’s roster currently stands as well as some recruiting updates.

On Wednesday, Terps points guard Eric Ayala officially withdrew his name from the NBA Draft and announced that he will be returning to College Park for his senior season. This is huge news for Maryland even with the addition of Fatts Russell via the transfer portal this offseason. The Terps will now have a floor general who has familiarity with the system and majority of his teammates. Ayala was arguably Maryland’s best player last season, leading the team in scoring (15.1 ppg) and steals (1.2 spg). He was also the Terps’ most consistent free throw shooter, which is perfect for a player who handles the ball more than anyone. Ayala and Russell should be not only one of the best backcourts in the Big Ten, but in the country, especially defensively. The fact that they can both play on and off the ball should make Maryland’s offense more versatile.

Morsell moves on to Marquette

While Ayala decided to come back to College Park this week, senior guard Darryl Morsell officially moved on. Morsell announced Monday that he will be transferring to Marquette. The Baltimore native is said to have close ties to Marquette’s coaching staff and will get a chance to be one of the best players (if not the best player) on what’s expected to be a middling team in Milwaukee next season.

Aaron Wiggins participated in a pre-combine NBA G League event in mid-June that prompted his invitation to last week’s actual NBA Draft Combine. Throughout the pre-draft process, rumblings from scouts have been that Wiggins is showcasing skills that he didn’t necessarily put on display (at least on a consistent basis) throughout the season. Some have even drawn comparisons to Kevin Huerter, who played well while wearing a Maryland jersey but really blew up when he impressed scouts at the combine. Based on his combine stats, Wiggins is looking like one of the more rangy and agile guards in this year’s draft. Amongst the guard prospects at the combine, Wiggins ranked 5th in standing reach (8’7”), 5th in the three-quarter sprint (3.04), 3rd in height without shoes (6’4.5”), and 1st in the shuttle run (3.00).

We’ve seen his explosiveness on numerous occasions with highlight-reel dunks and we’ve also seen how Wiggins’s length can disrupt offenses at the top of a zone, but the question has always been whether or not he can put it all together on a consistent basis. A few weeks ago it seemed like Wiggins’s chances of making an NBA roster were slim and that he would most likely be returning back to school, but given the recent developments I would say those odds have shrunk. It only takes one team to fall in love with a player for that player to end up in the league, and it sounds like several NBA scouts have been impressed with what Wiggins has shown in the last couple of weeks. More to come here, but the NBA Draft is July 29th and the deadline to withdraw your name is quickly approaching — July 7.

“We are excited to welcome Pavlo to our program from Arizona State, where he was one of the youngest players in Division I men’s basketball last season,” Turgeon said via an athletic department release. “Pavlo has tremendous upside and possesses the size and skill to significantly bolster our frontcourt. We look forward to him joining us in College Park.”

Dziuba is a 6-foot-8, 225-pound forward who is originally from Ukraine, which is also where former Terps big man Alex Len hailed from. Dziuba is now the fourth international player on Maryland’s roster, joining Qudus Wahab (Nigeria), Ian Martinez (Costa Rica), and Arnaud Revaz (Switzerland). He also joins Wahab, Martinez, and Fatts Russell as Maryland additions via the transfer market this offseason.

Dziuba only played in eight games as a reserve for the Sun Devils last season and his season-high in minutes was 10 against UCLA. He will still have four years of eligibility remaining and it’s nice that he has already had a year to get acclimated to the United States — albeit amid a pandemic.