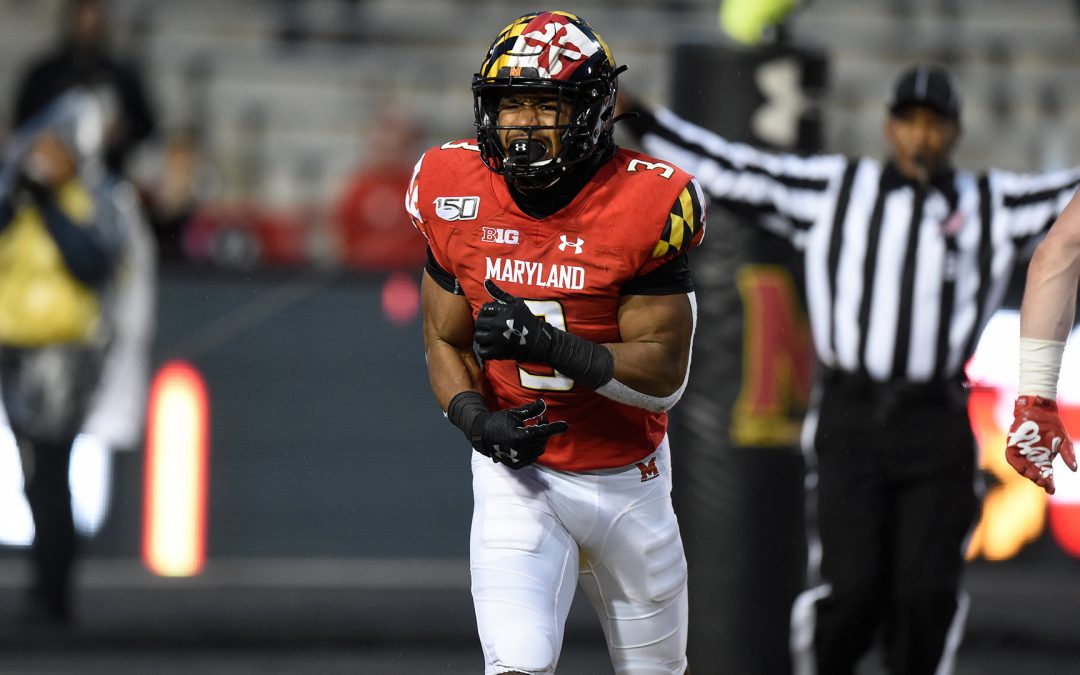 Coupled with excellent play from the team’s cornerbacks, Maryland’s safeties helped the defense finish with a Top-25 unit against the pass last season. With both starters returning at the position in 2021, they’ll be looking to repeat that performance. Led by upperclassmen Nick Cross and Jordan Mosley, head coach Michael Locksley and his coaching staff added some young talent to the safety room during the offseason.

What does the next step look like for Cross and Mosley?
Maryland has been blessed with some excellent safeties over the course of the last decade, and this year is no exception. Cross and Mosley are the team’s leading returning tacklers, combining for 64 last season despite Cross missing the game against Indiana due to COVID-19. They’re the leaders of a talented secondary, and should be in prime form this season.

Will any of the younger players get snaps?
Behind Cross and Mosley are a number of talented young players who could see the field if and when defensive coordinator Brian Stewart elects to use 5 or more defensive backs. The competition for backup jobs should be stiff during camp.

How is Hazel’s transition coming along?
Isaiah Hazel came to Maryland as a 4-star wide receiver, but the coaching staff moved him to safety before last season began. He primarily saw action on special teams last season, but there’s a chance we could see him on defense this year.

Stewart rejoins the Terrapins this season after spending 2012-2014 as the team’s defensive coordinator under head coach Randy Edsall. He oversaw an impressive turnaround, with his defense going from one of the worst units in the ACC in 2011 to one of its best in 2012. He’s primarily been a defensive backs coach over the course of the last 6 years, with stops at Baylor, Nebraska, Rice, and the Detroit Lions. Locksley is hoping that he can continue to build on the success that the defense saw towards the end of last season.

Mosley returns as the team’s starting free safety after starting all 5 of the team’s games last season. With the exception of two games during his freshman year, he’s played in every game for the Terrapins since arriving on campus in 2018. He finished second on the team in tackles last season behind linebacker Chance Campbell.

I’ve projected Mosley to serve as the team’s starting free safety in 2021. Stewart will likely interchange his safeties as most modern defenses do, so expect to see him playing both close to the line of scrimmage and covering the deep part of the field.

Cross made waves nationally when he spurned Florida State and chose to sign with Maryland before the 2019 season. He’s played in all but one game for the Terrapins during his first two years in College Park, and finished last season tied for third on the team in tackles. He recorded his lone interception against Penn State, where he also finished with 8 tackles and a sack. He’s been an honorable mention to the All-Big Ten teams in both 2019 and 2020.

I’ve projected Cross to serve as the team’s starting strong safety in 2021. He’ll be looking to improve his consistency on the field this season, but should have every opportunity to showcase his skills as he rumbles towards a likely future in the NFL.

Hazel transitioned to safety from wide receiver before last season began, and saw the field in all five games for the Terrapins. While he primarily received snaps on special teams, he saw some time on defense during the team’s game against Indiana while a number of key players were out due to COVID-19. I’ve projected him to serve as the team’s second-string free safety in 2021, but he’ll be in a tight competition with a number of other players for the job during summer practices.

Brade came to College Park before last season as a 3-star recruit from River Hill High School in Clarksville, MD. He appeared in all five of the team’s games, primarily on special teams. I’ve projected him to serve as the team’s second-string strong safety. Like the free safety position, the backup strong safety job will feature a tough competition during summer practices.

Miller came to College Park before last season as a 3-star recruit from Ridgeview High School in Orange Park, FL. He saw the field on special teams in the team’s games against Indiana and Rutgers. I’ve projected him to serve as the team’s third-string free safety, but he’ll have the opportunity to compete for the backup role during summer practices.

Smith came to College Park before last season as a highly-touted 3-star recruit from the Milford Academy in New Berlin, NY. He had originally enrolled at West Virginia in 2019, but was forced to take a post-graduate year in order to improve his academic standing. He played his high school football at Wilde Lake High School in Columbia, MD.

I’ve projected Smith to serve as the team’s third-string strong safety in 2021, but he’ll be given every opportunity to win the backup job during summer practices.

Trader comes to College Park as a 3-star recruit from the McDonogh School in Owings Mills, MD. He has the ability to play both cornerback and safety, and is also expected to play lacrosse for Maryland in the spring. I’ve projected him to serve as the team’s fourth-string free safety in 2021, though he could also compete for time at the nickel cornerback position.

Mosley came to College Park before last season as a 3-star recruit from Haverford High School in Havertown, PA. He’s the younger brother of Jordan Mosley, and didn’t see the field as a true freshman in 2020. I’ve projected him to serve as the team’s fourth-string strong safety in 2021.

Dickerson joined the team as a walk-on before last season after spending his first two collegiate seasons playing for Robert Morris. He didn’t see the field in 2020. I’ve projected him to serve as the team’s fifth-string free safety in 2021.