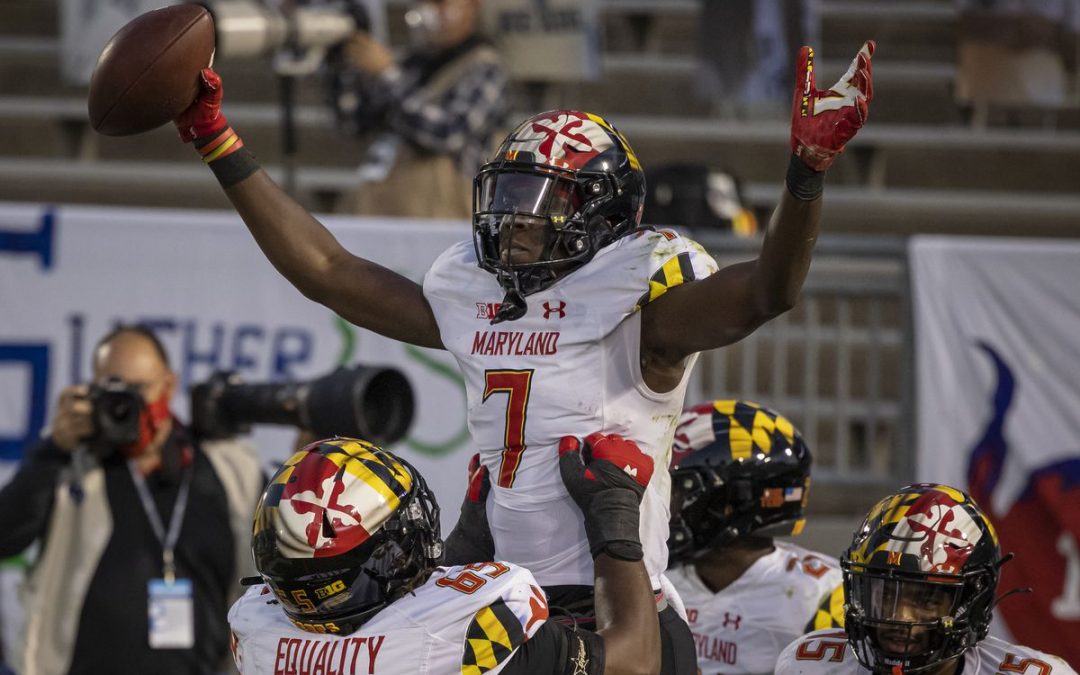 After two straight game cancellations due to an outbreak of COVID-19 within the football program, the Terrapins are back in action this weekend. They’ll face their toughest competition of the season against Indiana, a team riding high having lost just one game all year. That lone loss came last weekend against Ohio State, a game the Hoosiers nearly won as their late comeback attempt fell just short.

Tom Allen is in his fourth season as Indiana’s head coach, and has led the team to an impressive 4-1 record this year with wins over Michigan, Michigan State, Penn State, and Rutgers. In what has turned out to be a down year for the Big Ten Conference’s East Division, the Hoosiers have become Ohio State’s primary and sole competition.

1. How Does the Layoff Affect Maryland?

The Terrapins haven’t taken the field since they beat Penn State nearly three weeks ago, with their games against Ohio State and Michigan State cancelled after a number of players and staff members tested positive for COVID-19. Head coach Michael Locksley was among the positive tests, and he’s been unable to attend practices in person while remaining quarantined all week. He is expected to travel with the team to Indiana and be on the sidelines on Saturday afternoon.

One of the biggest things to watch for during this game will be how this long layoff affects the team. Will they be rusted, rested, or a combination of the two? Facing a team like Indiana on the road in your first game back certainly won’t be easy, as you likely won’t be able to afford taking a few drives just to get your feet under you.

2. Priority One: Slow Down Penix, Jr.

The star of Indiana’s football team this season has been sophomore quarterback Michael Penix, Jr. He’s already thrown for over 1,500 yards and boasts an impressive 14:4 touchdown-to-interception ratio. Last week against Ohio State, he threw for 491 yards and 5 touchdowns as he clearly outplayed Justin Fields. If Maryland is going to have any chance in this game, they’ll need to be able to slow down Penix, Jr. and the Hoosiers’ passing attack. The Terrapins’ cornerbacks have been impressive so far this season, particularly freshman Tarheeb Still. But this will be their toughest test by far, as they match up against Ty Fryfogle and a very talented corps of wide receivers.

When 5-star wide receiver Rakim Jarrett flipped to Maryland from LSU during the 2020 recruiting cycle, he became the highest-ranked recruit for the Terrapins since fellow wide receiver Stefon Diggs back in 2012. Jarrett had his coming-out party against Penn State, catching 5 passes for 144 yards including the first two touchdowns of the game on nearly identical crossing routes that he took for over 40 yards apiece. With Dontay Demus, Jr. and Jeshaun Jones already playing at high levels, adding Jarrett to that mix makes Maryland’s offense extremely dangerous through the air.

I’ve mentioned his name each week, but Chance Campbell had another massive game for the Terrapins defensively against the Nittany Lions. He racked up 6 total tackles and recorded half of a sack, but his highlight came on a 34-yard touchdown off of a fumble forced by Nick Cross. He currently leads the team in tackles and tackles for loss, and has now scored the only defensive touchdown of the 2020 season for defensive coordinator Jon Hoke’s unit. While the inside linebacker corps was expected to be a bit of a rotating door between a few different players, Campbell has locked up the MIKE position for the foreseeable future.

5. They’re Into the Stretch

Maryland has four games remaining in their 2020 schedule beginning with Indiana this weekend. They’ll then travel to Michigan before coming home to face Rutgers. The final game of the year will come during Championship Week against a team close to them in the Big Ten’s standings. After missing two games due to COVID-19, everyone is hoping that the Terrapins are able to finish the year strong heading into what will hopefully be a normal 2021 season.

Believe it or not, Maryland still has a chance to reach a bowl game this year. While they aren’t expected to beat Indiana this weekend, wins in each of the final three games are certainly possible. The extra month of practice time that’d come with a bowl berth would be invaluable for Locksley’s young team as they continue to develop this program. Overall though, continuing the effort that we saw against Minnesota and Penn State through these last four games is the most important thing to watch for regardless of final scores.

Zack is a financial analyst for a defense contractor in Washington, DC. The Owings Mills native focuses most of his efforts on Maryland Football recruiting and individual coach and player pieces; but also covers Terps Basketball. He has established relationships with Big Ten beat reporters across the conference, which he utilizes in his game previews. Now a Sr. Terps Analyst for BSL, Zack can be reached at: [email protected]dlife.com.