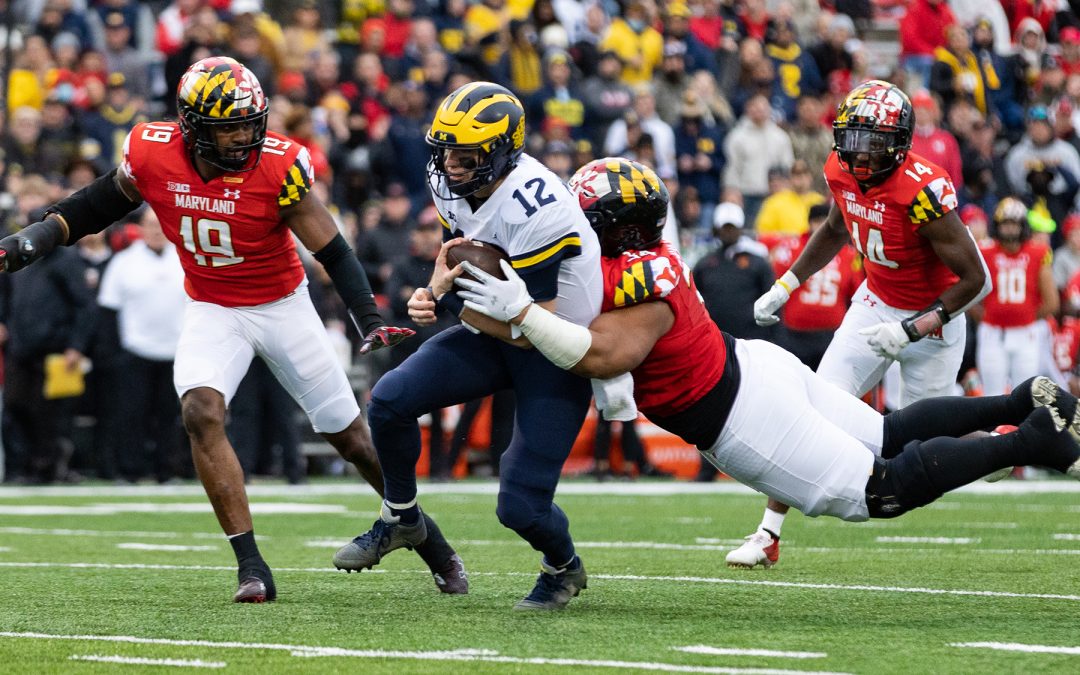 Coming off of three straight losses to some of the Big Ten Conference’s best teams, Maryland hits the road this weekend for their final 2021 regular season game. It’s a crucially important one for the program’s future, as a win would earn them an extra month of practice time and a trip to a bowl game. A loss on the other hand, would force an abrupt end to their year and ensure a seventh straight losing season. Rutgers is in an identical situation, with the last time both teams posted a winning record coming in 2014.

While there were hopes that Maryland would perform better this season, it almost seemed predetermined when the 2021 schedule was released that their postseason chances would hinge on this final game against the Scarlet Knights. It’s certainly disappointing that they weren’t able to take that next step as a program, but reaching a bowl game would still be an important achievement.

The last time the Terrapins made a bowl game was in 2016, when they lost to Boston College in the Quick Lane Bowl. They also made two consecutive bowls in 2013 and 2014, losing to Marshall and Stanford, respectively. Maryland hasn’t won a bowl game since 2010, when they beat East Carolina in the Military Bowl. Head coach Michael Locksley has talked about the importance of making bowl trips the norm in College Park, and that can all start with a victory in Piscataway this weekend.

Senior quarterback Noah Vedral has started every game behind center for Rutgers this season, but he’s never really found much success. Outside of their game against Delaware, he’s thrown for over 200 yards just once and hasn’t had multiple touchdowns in a game. He hasn’t thrown for a score in four straight games, and the last time he eclipsed 100 passing yards was four weeks ago in their win over Illinois. He has decent mobility inside the pocket, but isn’t typically going to beat teams with his legs.

Maryland’s pass defense has been abysmal this year, averaging the second-most yards allowed in the conference and only recording one interception in the last eight weeks. On paper, this is a matchup that they should be able to win. If they can contain senior wide receiver Bo Melton, they’ll take away the only true receiving threat that Rutgers possesses.

3. Put it On Taulia’s Shoulders

If Maryland is going to win this game, it’ll almost certainly be due to quarterback Taulia Tagovailoa. The team’s clear strength is their passing game, and last week represented the first time in four weeks that they didn’t throw for over 350 yards. While Rutgers’ defense doesn’t do any one thing particularly well, they also don’t typically beat themselves. They’re a sound, if unspectacular unit, and currently allow the 44th-fewest points of any team in the country.

Led by junior defensive backs Avery Young and Christian Izien, they primarily base out of two-high zone coverages. Defensive coordinator Robb Smith prefers for his defense to keep everything in front of them and rely on mistakes from opposing offenses on long drives. Tagovailoa has done a good job of taking his check-down options and matriculating the ball down the field so far this season, and that’s exactly what he’ll need to do in order to win this game.

4. Lock Down the Running Game

Defensively, Maryland would be wise to put an extra defender in the box and force Vedral to throw the ball. While the Scarlet Knights haven’t had much success running the ball so far this season, junior running back Isaih Pacheco has run for over four yards per carry against the Terrapins in each of their last three meetings. Offensive coordinator Sean Gleeson will use a trio of ball-carriers, including sophomore Aaron Young and freshman Kyle Monangai, but Pacheco is their clear leader at the position.

The Terrapins’ run defense is allowing the second-most yards in the conference, and allowed 151 yards and three touchdowns on the ground to Michigan last week. They have more than enough size and talent on the interior of their defensive line to force Rutgers into other options, but they’ll need to put it all together better than they have over the last two weeks.

Maryland is currently favored by 1.5 points in this game, and they’ve won four of their last six meetings with Rutgers. With the exception of 2019, most of their matchups in New Jersey have been very competitive. With a bowl berth on the line, this is a game that the Terrapins ought to be able to win. Despite a number of injuries at key positions, they’re still the more talented team on paper. While it’s difficult to predict anything but a close game due to how this game has historically panned out, a win on Saturday afternoon would be an important step for Locksley and his program.