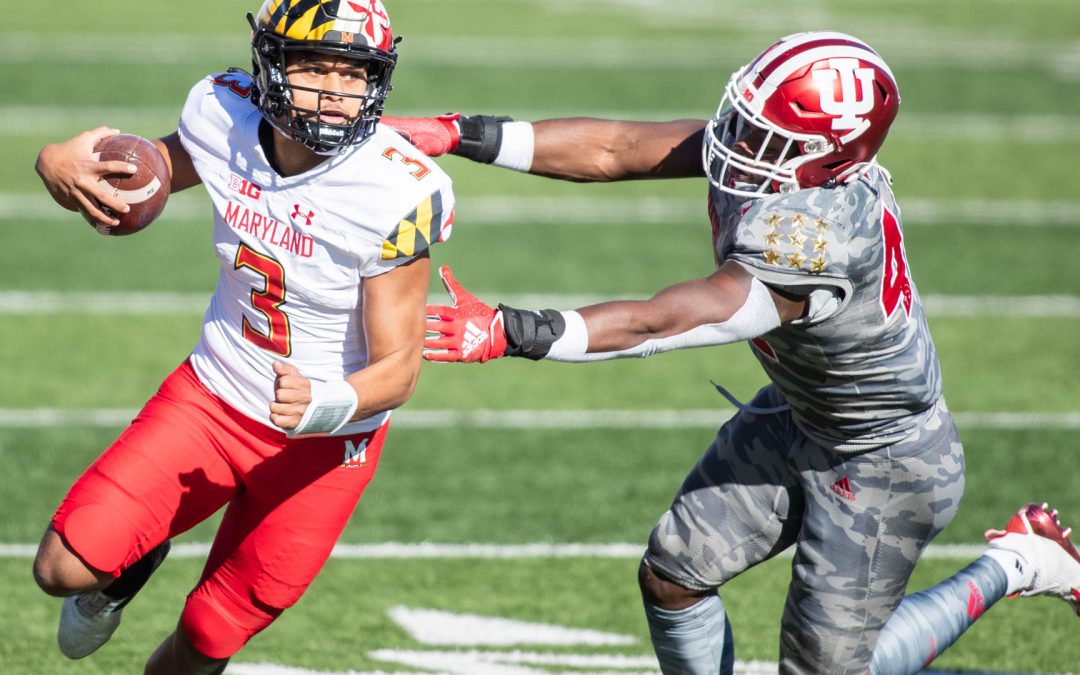 The Terrapins will face off against Rutgers this weekend in just their second home game of the season thus far. It’ll be their final regular season matchup before the bonus crossover game next weekend. The Scarlet Knights enter this game tied with Penn State for last place in the Big Ten Conference’s East Division, but they’ve showed many more positive signs on the field this season in Greg Schiano’s first year of his second stint as the team’s head coach. Wins over Michigan State and Purdue coupled with close losses to Illinois and Michigan have given the fanbase in Piscataway, NJ reasons for optimism for the first time in awhile.

1. Back to Full Strength

After playing Indiana two weeks ago without over 20 players who were still going through COVID-19 protocols after testing positive, the Terrapins will be back to nearly full strength on Saturday afternoon. The offense will be assisted by the returns of Jake Funk, Rakim Jarrett, Jeshaun Jones, Johnny Jordan, and Marcus Minor, while the defense will get back Nick Cross, Fa’Najae Gotay, and Tarheeb Still. The only key player on either side of the ball who’s still out is linebacker Ayinde Eley.

While there were certainly questions surrounding quarterback Taulia Tagovailoa’s performance against the Hoosiers, it couldn’t have been easy playing without your starting running back, two starting wide receivers, and two starting offensive linemen. He’ll have a chance to prove that performance was a fluke as he gets his full complement of weapons back against Rutgers.

Two weeks ago I talked about how difficult it was going to be for Maryland’s defense to match up against Indiana’s prolific passing offense, but they didn’t make it look very hard. Despite being without their best two defensive backs and two of their best cover linebackers, defensive coordinator Jon Hoke’s unit held the Hoosiers to just 115 passing yards. While they did allow some damage to be done against them on the ground, they kept the team in this game through three quarters. Earlier this week Hoke was named as one of 56 nominees for the Broyles Award, which is given annually to college football’s best assistant coach. Head coach Michael Locksley won the award two years ago as Alabama’s offensive coordinator, and the drastic improvement shown by Maryland’s defense in 2020 has certainly caught some people’s eyes.

3. Are the Young Running Backs Ready?

Without Jake Funk two weeks ago against Indiana, the Terrapins were forced to turn to their freshman running backs to carry the load. While Peny Boone and Isaiah Jacobs only received 16 carries between them, each flashed skills that made some people question why offensive coordinator Scottie Montgomery seemed to abandon the run earlier than he should’ve. Boone particularly showed surprising quickness outside the tackles for a 245-pound ball-carrier, highlighted with an impressive hurdle along the sidelines. Funk will be back for this game but is expected to graduate after the season and not utilize the extra year granted to all players by the NCAA, so it’ll likely be Boone and Jacobs leading the way in 2021.

4. Run Defense May Be Tested

While Maryland’s pass defense was stellar against the Hoosiers, they did allow 234 yards on the ground to go with 3 touchdowns. The emphasis was clearly on stopping Indiana’s vaunted passing attack, but the Terrapins’ run defense has struggled for much of the season. Rutgers running back Isaih Pacheco is averaging over 4 yards per carry, and has put together some good performances against Maryland in past seasons. Quarterback Noah Vedral has been inconsistent so far this year, so expect the Scarlet Knights to lean on their ground game on Saturday afternoon.

This game will be Maryland’s final one of the regular season, with one last bonus crossover game to be played next weekend. They’d currently be slated to play Wisconsin, though that could change depending on how this week’s games shake out. If they can come away with a win over Rutgers, the Terrapins should be eligible for a bowl game. Regardless of the bowl or the opponent, the extra month of practice time that they’d receive would be invaluable for a young team in a shortened season.