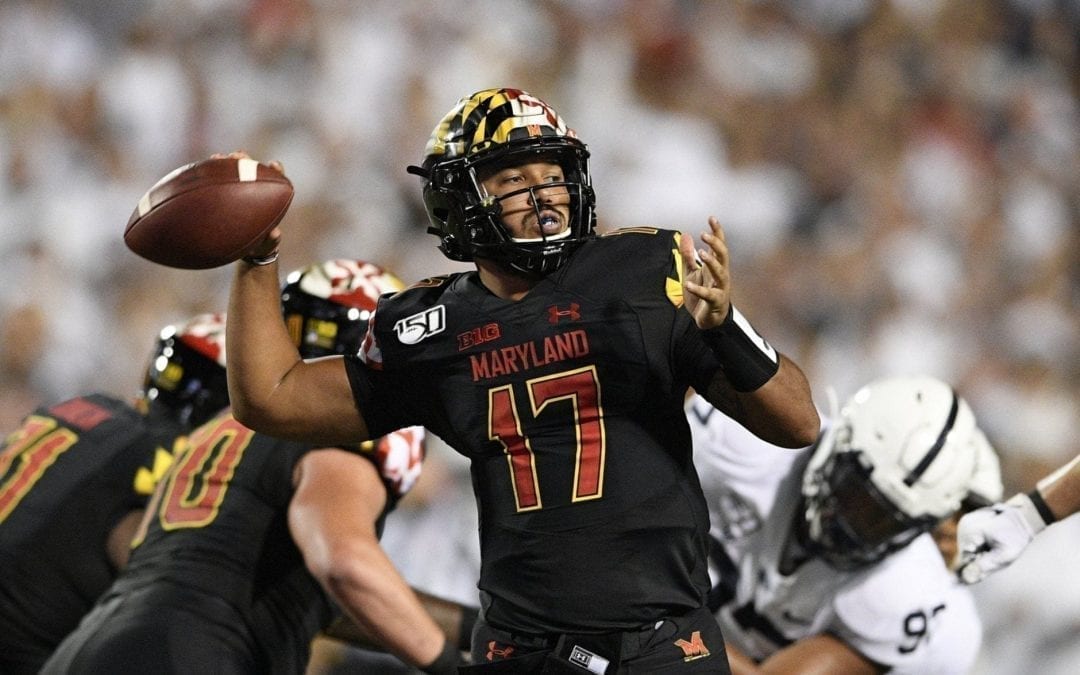 After an extremely disappointing 59-0 blowout loss to Penn State last Friday night, the Terrapins will be headed to The Garden State to face Rutgers on the road this weekend. It’s a fortunate matchup for head coach Michael Locksley and his team, as the Scarlet Knights present a good opportunity to regroup and get back into the win column. And while there are more pressing issues surrounding Maryland’s inability to compete with the blue blood programs of the Big Ten Conference, this week’s game is simply about being able to handily beat a team with many more problems than solutions.

1. Not Ready For Primetime

Last Friday night’s game against Penn State was supposed to be a coming out party for Locksley and his team. A chance to show the country that Maryland was ready to compete with the top tier of its conference. With former head coach Ralph Friedgen on the sidelines, it had the atmosphere of one of the big, upset, primetime victories that the team enjoyed while he was at the helm. Instead, the team fell flat on their faces and the Nittany Lions ran circles around them.

Quarterback Josh Jackson’s second pass of the game was intercepted, and it was all downhill from there. By halftime, Penn State was leading 38-0 and the majority of Maryland’s contingent of the sellout crowd had made their way to the exits. The offense turned the ball over 3 times and had 9 drives end with punts. Jackson threw for a grand total of 65 yards in the game. The defense was no better, allowing Sean Clifford to throw for 398 yards and 3 touchdowns on them. Maryland’s secondary forced him to throw just 5 incomplete passes. It was an embarrassing effort in every facet of the game, and proved that this Maryland program is still not yet ready for primetime.

After two poor performances in a row, it’s fair to wonder whether Locksley should make a change at the quarterback position. During those two games, Jackson has completed just 43.6% of his passes and is averaging just under 4 yards per completion. He’s also thrown one touchdown and three interceptions. His poor reads on the team’s run-pass options (RPOs) have led to numerous incomplete passes and turnovers. For as good as he was to begin the season, he’s simply dropped off the table during the last two games.

It doesn’t sound like a change is imminent, but if Jackson continues to struggle, it shouldn’t surprise anyone to see more of Tyrrell Pigrome. Locksley has given the dual-threat signal caller a few drives here and there in relief of Jackson, but it may be time to see what he can do with extended playing time. In the four games that he’s started for the Terrapins during his career, he’s completing 57.7% of his passes with 4 touchdowns and 3 interceptions. He led the team to a victory against Texas on the road in 2017 and nearly pulled off an upset of Ohio State at home last season. He’s reportedly been taking snaps with the first team offense this week, which could pave the way for additional snaps against the Scarlet Knights.

3. Injuries Are Piling Up

Maryland fans are no strangers to numerous injuries to their football team, and this season is shaping up no differently than previous ones. Locksley announced this week that running back Lorenzo Harrison III would undergo season-ending knee surgery for the second year in a row. This news came just a week after fellow running back Jake Funk went down with a season-ending injury to the same knee he had surgery on in 2018. This leaves the Terrapins with just three running backs on their roster.

The offensive line has also suffered its share of injuries. After it was announced last week that starting right guard Terrance Davis would miss 4-6 weeks with a knee injury, starting right tackle Marcus Minor dislocated his toe against Penn State and will be a game-time decision this weekend. While many questioned Locksley’s decision to move some of his defensive linemen to the offensive side of the ball this summer, his reasons are becoming clear as former defensive tackle Austin Fontaine was forced to slide into the starting right guard spot when Minor went down.

Additionally, starting cornerback Marcus Lewis will be a game-time decision due to a knee injury, and starting center Johnny Jordan has missed some practice this week.

4. Rutgers Is In Disarray

For as many issues as Maryland has, they pale in comparison to what’s happening in Piscataway this season. After a 52-0 shutout loss to Michigan last week, the team fired head coach Chris Ash and offensive coordinator John McNulty. Ash had posted an 8-32 record across his four seasons with the Scarlet Knights. Tight ends coach Nunzio Campanile was promoted to interim head coach, and he’ll also serve as the offensive coordinator.

To put it bluntly, Rutgers is one of the worst football teams in the FBS. They’ve already been shut out twice this season, and their only win came against UMass. Quarterback Artur Sitkowski has thrown just one touchdown so far this year, and they’re averaging just 3.4 yards per carry on the ground. As a team, they have a negative 6 turnover margin. There’s a lack of clear offensive identity, as Ash has cycled through spread, pro-style, and now hybrid offensive schemes. The defense has also struggled mightily, prompting the Scarlet Knights to bring on former Maryland defensive coordinator Andy Buh as the leader of their defense this season.

2019 was supposed to be the season where improvement was shown by the Terrapins against the blue blood programs of the Big Ten Conference. After a 59-0 shellacking at the hands of Penn State, it feels like more of the same for Maryland fans. The team will still have chances to compete in these types of games later in the year when they face Michigan, Ohio State, and Michigan State. But for the next few weeks, they’ll enjoy an easier slate of games that will likely determine their postseason fate.

This week’s game against Rutgers begins a stretch of four games against the lower and middle tiers of the conference. The Terrapins will travel to Purdue next week before coming home to face Indiana and going to Minnesota. They’ll have a small respite against Nebraska before Thanksgiving in between games against the Wolverines, Buckeyes, and Spartans. They’ll need to focus on improving each week in order to avoid another blowout loss at the hands of these powerhouses.