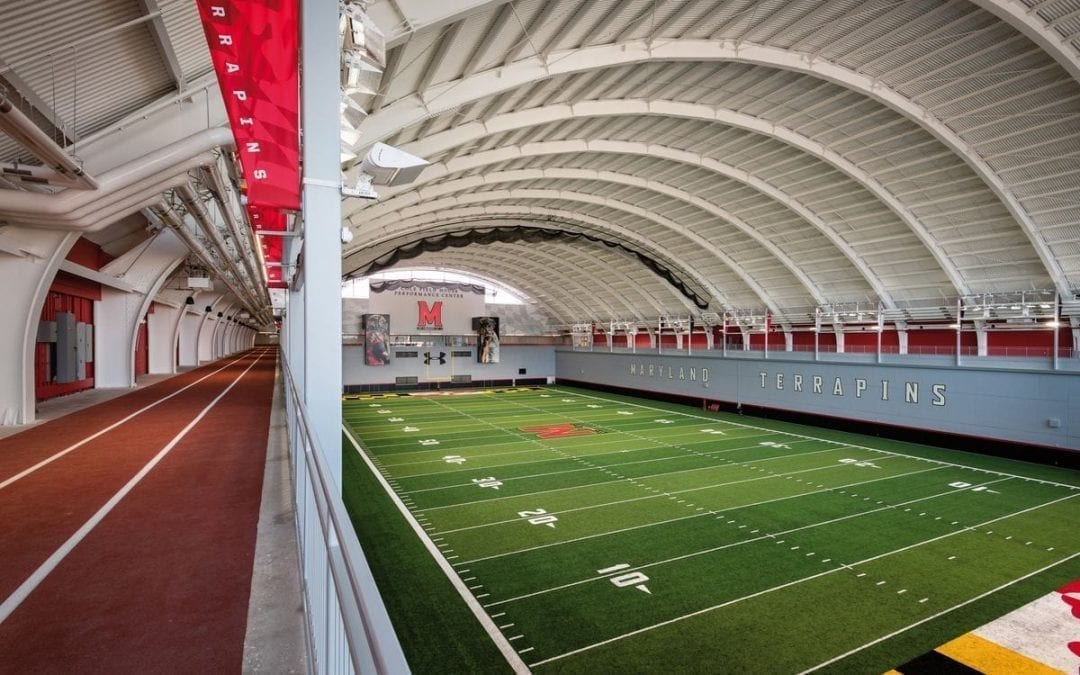 A few weeks ago, I looked back at the Maryland Terrapins’ 2019 season and reviewed what we saw from the team in head coach Michael Locksley’s first year at the helm. After numerous departures from the squad and quite a few additions to the 2020 recruiting class, it’s time to take an early look ahead to next season.

As is typical for Maryland, they’ll play three non-conference games to begin the season, with a bye week before beginning conference play. As is also typical, they’ll run the gauntlet of Big Ten Conference blue bloods in November to finish the year.

The non-conference schedule is highlighted by a trip to Morgantown, WV to face the Mountaineers. This former rivalry hasn’t been played since 2015, but is part of a home-and-home series that will conclude next season in College Park.

The Terrapins will play out-of-division games against Minnesota, Northwestern, and Wisconsin in 2020. This will be the team’s first trip to Evanston, IL since they joined the conference.

The two biggest question marks for offensive coordinator Scottie Montgomery’s unit will be how to replace the team’s top two running backs from 2019 and who will step up at the quarterback position.

Anthony McFarland, Jr. and Javon Leake combined for over 1,500 total offensive yards and 17 touchdowns last season. They accounted for 66% of the Terrapins’ rushing yards and only missed one game between them. Replacing them will be a tall order, as only two running backs on the roster will return in 2020, each of them with their own issues. Tayon Fleet-Davis saw time in 10 games last year, but missed the last two due to legal issues stemming from a DUI charge. Jake Funk is recovering after his second season-ending knee injury in two years, and Lorenzo Harrison III announced he’ll be retiring from football after suffering similar injuries. Fortunately for Montgomery, he’ll gain two talented freshmen in the 2020 recruiting class, as Peny Boone and Isaiah Jacobs will join the squad.

The quarterback position is typically a revolving door of mediocrity in College Park, and 2019 was no different. Virginia Tech transfer Josh Jackson was unstoppable through the first two weeks of the season, but finished the year with a completion percentage below 50% and just over 1,000 yards passing. Tyrrell Pigrome, Tyler DeSue, and Lance LeGendre all saw playing time, and the competition between Jackson, DeSue, and LeGendre is expected to be wide open in the spring. The primary question for Montgomery is likely whether or not the redshirt freshman LeGendre is ready to take over the offense. If he is, he’ll be the starter. If he isn’t, it may well be Jackson for the second year in a row.

With a number of departures up and down the depth chart, defensive coordinator Jon Hoke will be relying on a number of young players at key positions. As was the case last season, defensive line depth is a primary concern. Also of concern is the lack of experience at the cornerback position.

Before last season, the Terrapins had a number of defensive linemen either transfer out of the program or move to the offensive side of the ball. It left the defensive line with very little depth and forced many young players into action. This year will be more of the same, as even more players graduated and transferred out of the program. The unit will be assisted by the presence of two transfers from Independence Community College, Ami Finau and Mosiah Nasili-Kite. Both are in line to receive plenty of playing time and compete for starting jobs immediately.

At the cornerback position, Maryland loses both of its starters from last season in Tino Ellis and Marcus Lewis. They also lose starting nickel cornerback Antoine Brooks, Jr. Projected starters Kenny Bennett and Deonte Banks combined for 26 tackles last season, and Banks stepped in as a starter for the final 8 games of the season when Ellis went down with an upper body injury.