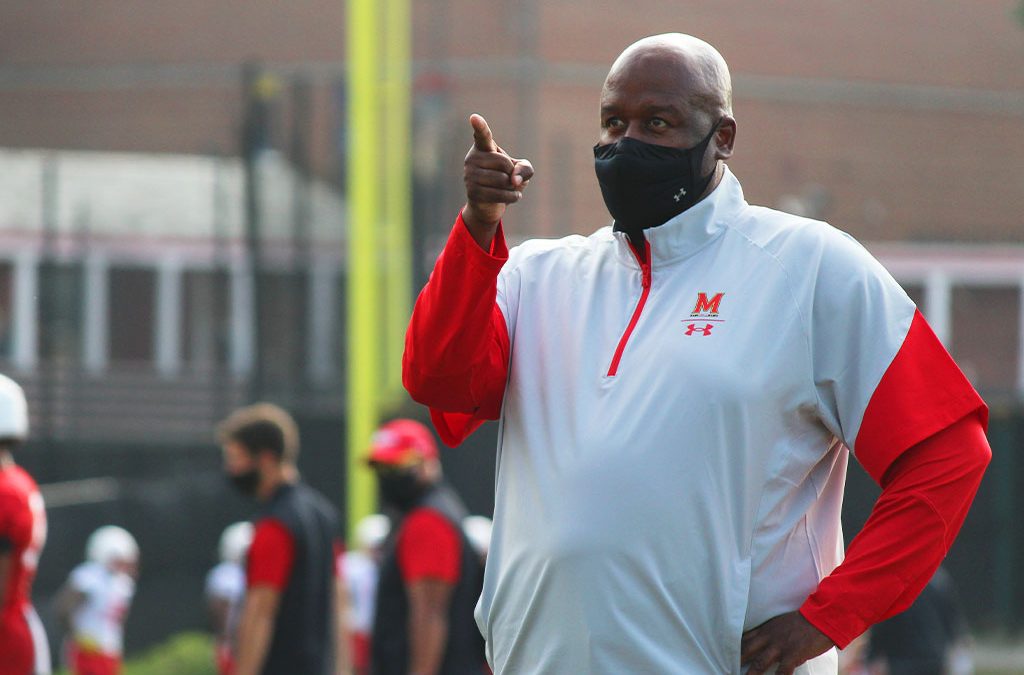 The 2020 college football season has been strange for everyone, and the Terrapins’ program was no exception to its oddities. The Big Ten Conference cancelled its season in August only to resume in late October with an eight game schedule for all of its teams. Due to COVID-19 outbreaks within their own program and those of their opponents, Maryland played just five of its scheduled games and elected not to participate in a bowl game.

They finished those five games with a 2-3 record, featuring wins over Minnesota and Penn State. There were a number of positive signs gained from this season, with the general consensus being that the program is headed in the right direction as head coach Michael Locksley enters his third year in College Park. With the best recruiting class Maryland has ever had stepping onto campus next year, optimism is high while everyone crosses their fingers for a more normal 2021 season.

The team still has one non-conference opponent slot open in Week 2, and we should see them get that filled soon. Their season-opener against West Virginia is the second part of the home-and-home series that was supposed to begin in Morgantown last year. As is typical for the Terrapins, they’ll run the gauntlet of the conference’s East Division in the month of November. Given the number of necessary changes to the schedule in 2020, there is potential for the conference portion of Maryland’s schedule to change.

BSL Terps Analyst Pat Donohue broke down Locksley’s historic 2021 recruiting class earlier this month, and there are a number of them who will play large roles immediately. Defensive coordinator Jon Hoke will be the recipient of the highest-ranked players in the class, led by 5-star linebacker Terrence Lewis who is the team’s highest rated recruit since wide receiver Stefon Diggs. The tight end position is also one where we’ll likely see a number of freshmen receive playing time. While the team gets Chigoziem Okonkwo back, some combination of the four tight ends in this year’s recruiting class will slot in behind him on the depth chart. Across the board, Locksley and his coaching staff will have a much deeper team in 2021.

Scottie Montgomery enters his third season as Maryland’s offensive coordinator and quarterbacks coach, leading a unit that had its ups and downs last year but certainly showed some promise. The team finished 54th in the country in total offense, while their rushing offense ranked 82nd and their passing offense ranked 35th. Gaining consistency will be the biggest key for this unit next season, which should be aided by a more normal practice schedule and more consistent personnel availability.

This will be the first time in a long time that the Terrapins enter a new season with a clear starter at the quarterback position. While Locksley and Montgomery might say there’s some sort of “competition” for the job, Tagovailoa will enter his second year as the team’s starter behind center. Locksley has stressed the importance of continuity across his coaching staff, but continuity at quarterback is just as crucial to a team’s success.

The majority of Montgomery’s starters will return in 2021, with the exception of running back Jake Funk and offensive linemen Johnny Jordan and Marcus Minor. Perhaps most important is the return of Okonkwo, who was poised for a breakout year in 2020 before being held out due to a medical issue. His presence, along with that of the four freshman tight ends, ought to add another element to the offense next season.

Perhaps the most unexpected development of the 2020 season was the play of Maryland’s defense. Led by Hoke, the unit put together some very impressive performances down the stretch. They finished tied for 84th in the country in total defense, while ranking 115th against the run and 28th against the pass. It was the pass defense that was so outstanding, led by 3-star true freshman Tarheeb Still who led the nation in pass breakups per game. The run defense ought to be bolstered by the immense talent coming in the team’s 2021 recruiting class, primarily along the defensive line.

There has been some talk of the Terrapins moving from a 3-4 to a 4-3 defensive scheme, but until that’s confirmed I’ve stuck with an odd-front projection. Hoke rotated a lot of players across his front seven last season despite not having a ton of depth, so expect more of the same in 2021 to get as many of the highly-touted true freshmen on the roster as much playing time as possible.

While the secondary looks solid for next season, the biggest question will be whether Hoke can find the right combination of defensive linemen to improve on what was one of the worst run defenses in the country last year. Freshmen like Johnson, Darrell Jackson, and Tommy Akingbesote will be knocking down the door for snaps if the veterans above them on the depth chart don’t perform well in practices or early in the season.

With the exception of the team’s punters, Maryland’s special teams were fairly underwhelming in 2020. Joseph Petrino made just 4 of his 7 field goal attempts, and the Terrapins averaged less than 16 yards per kickoff return and had no special teams touchdowns. Special teams coordinator and inside linebackers coach George Helow will be looking for more explosive plays from this unit in 2021, and more consistency from his kicker.

Helow continued to rotate Pecorella and Spangler depending on which side of the field the team was punting from and they averaged over 40 yards per punt on the season, including 14 punts that were downed inside the opponents’ 20 yard line. Jacobs averaged just over 16 yards per kickoff return and was eventually replaced by Ellis and Jacobs, neither of whom did much better. There are a number of players on the roster who have the ability to return kicks and punts, so expect there to be plenty of competition for these jobs during spring and summer practices.

Thus far, Maryland’s coaching staff for the 2021 season will remain intact from last year. Locksley has preached the value of continuity among his staff since he took over as the team’s head coach, and he isn’t expected to make any changes unless one of his assistant coaches leaves the program. There may be some title shuffling before next season, particularly if the defense moves from a 3-4 to a 4-3 scheme as has been rumored.