Terps Hoops: Where Do We Go From Here? 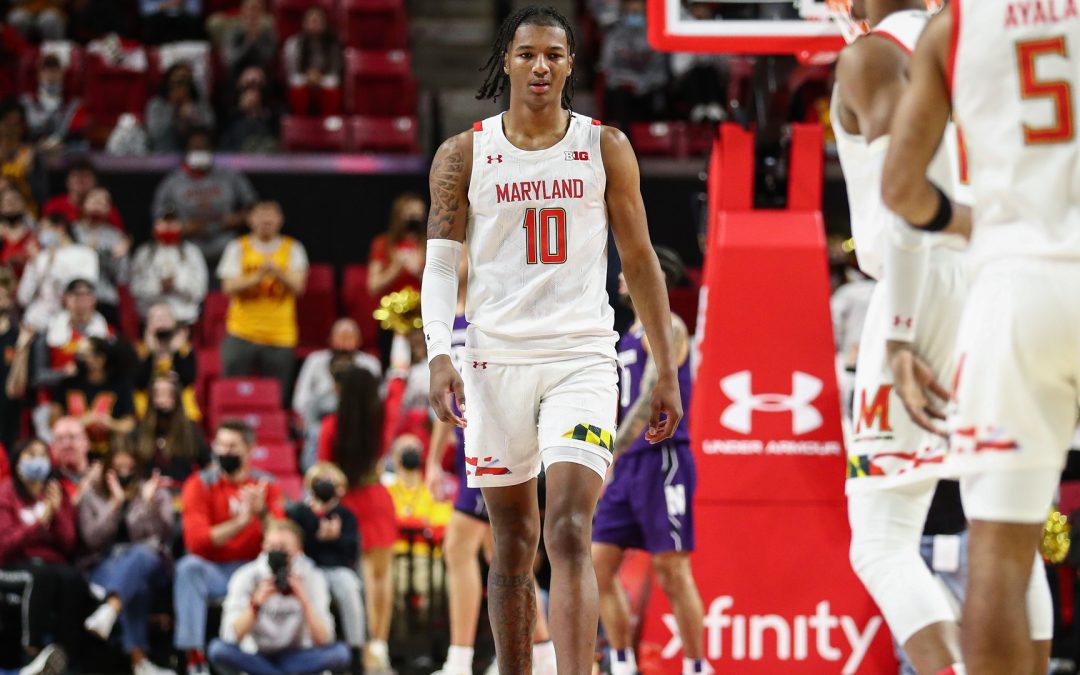 After losing to Michigan on Tuesday night, Maryland (9-9, 1-6 Big Ten) has the same amount of wins as losses for the first time since starting the season 0-0. Losers of five of their last six, the Terps probably wouldn’t mind starting the season over at this point, but that’s not going to happen. So where do we go from here in a season that seems all but lost?

With 13 games remaining on the regular season schedule, the players on this year’s team will continue to play for respectability but for fans and those who cover the Terps it’s becoming increasingly more about next season’s outlook.

For starters, we know Maryland will be losing its entire starting backcourt because both Eric Ayala and Fatts Russell will see their eligibility expire. We also know that, for better or worse, the transfer portal will play a huge role in shaping what type of Terps team we see next season.

With that being said, here are some of the lingering questions surrounding Terps hoops.

Who stays? Who goes?

Let’s start with hometown product Julian Reese. The Baltimore native is having a promising freshman season with 6.4 points, 4.8 rebounds, and 1.1 blocks in 18.7 minutes per game. He’s an athletic power forward and former four-star recruit who had his fair share of high-level college options. He never wavered on his early commitment to Maryland and I don’t see him changing his stance much despite the turmoil currently in College Park. He very well might be Maryland’s best remaining building block when the dust settles.

Something tells me (no source, just a gut feeling) that either both Philly natives Hakim Hart and Donta Scott stay Terps next season or both enter the transfer portal. I think a lot of that will have to do with who is hired as the new head coach and the direction they see the program heading in. They’d be the team’s two most experienced upperclassmen next season so losing them both or even one would leave a big void to fill, but neither are showing the type of growth in their junior season that makes them irreplaceable. But you have to try to field a respectable team with some leadership, so hopefully the new coach can find a way to retain the boys from the City of Brotherly Love. You’d have to think the allure of building the lineup around them will be there.

Again, just a gut feeling, no source, but I feel like junior center Qudus Wahab won’t be in College Park next season. He’s not developing under the current regime and his window to turn into a pro prospect is quickly closing. Centers that are 7-foot tall are at a premium in the transfer portal and Wahab doesn’t have the time to be part of a rebuild at Maryland.

Can Martinez contribute more this season?

It’s hard to say whether or not Ian Martinez will be around next season or if he even should be around next season because his action has been limited so far this year and his production has been lackluster. At 13.6 minutes per game, the transfer guard from Utah is only averagine 2.6 points, 2.0 rebounds, and 1.1 assists per game. He has looked OK on defense at times, but his offense just isn’t there.

Perhaps he’s the type of guard who needs to get into a groove and play more minutes in order to be effective, but his 28.6% shooting percentage isn’t even close to where it needs to be. His lack of opportunity so far might be the result of the Terps coaches trying to hide his offensive deficiencies, but with the season going the way it is and no other guards on the roster outside of Ayala and Russell ready to do much, the coaching staff might want to consider getting the Costa Rica native more involved. At least then there will be more film to assess him on to figure out his role if he decides to stick around next year. Having just come from the transfer portal, I’d say there’s a good chance he sticks around for at least one more year.

It’s the last hoorah for senior grad transfer Xavier Green. Can we get one last push from the Old Dominion product? He hasn’t done much in a Terps uniform so far, averaging 1.8 points and 2.5 rebounds in 17.9 minutes per game, but he is one of the most experienced players on the team and could perhaps provide more if given the opportunity.

Simon Wright is another grad transfer (from Elon) who has seen sparse playing time this year but could be motivated by playing his final collegiate games. Might as well expand his role and see what the experience and motivation brings.

What can be expected from the transfer portal and recruiting trail?

Hard to say midseason, but you can figure that whoever gets hired as Maryland’s next head coach will be very aggressive with both the transfer portal and the recruiting trail in order to get the Terps back on track.

First-year recruiting is always hard for new head coaches, so the transfer portal will probably be Maryland’s best bet to field a respectable team next season. A good coaching hire is the first step in this process. A good coach will attract top transfers.

That new coach will be able to sell transfers on playing time, the basketball facilities in College Park, and a Big Ten stage to perform on. Despite what happened this year, Maryland is an attractive college basketball destination for coaches and players and is one of the few programs in the sport that could orchestrate a quick rebuild if the powers at be play their cards right. The NCAA’s new transfer portal rules have made the portal and the offseason the wild wild west, so I fully expect there to be some big names for Maryland to pursue.

It has already begun. Former four-star Cashius McNeilly was originally committed to Texas A&M but never got to play for the Aggies because of injury and COVID. He transferred to TCU but landed at a JUCO before the season started for the Horned Frogs and now he is committed to the Terps via the transfer portal.