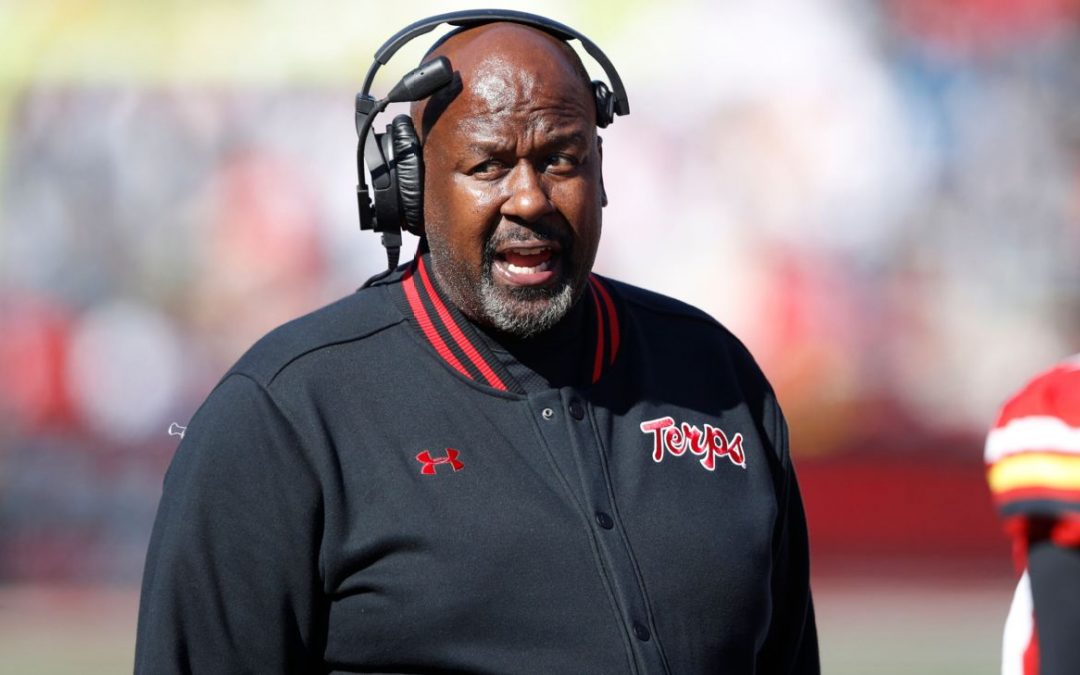 While the college football season is set to conclude with tonight’s College Football Playoff National Championship between Alabama and Ohio State, Maryland’s football program has been working towards 2021 for the last few weeks. Several changes have already been made to the coaching staff, and there have been a few recent developments on the recruiting trail. Meanwhile, the men’s basketball team continues to baffle everyone as they play their way through a very inconsistent season.

Another Week, Another Road Upset

Maryland’s men’s basketball team has won two conference games this year, but both of them have come against Top 15 teams on the road. After upsetting then-#6 Wisconsin at the end of December, they beat #12 Illinois last night to snap a three-game losing streak. In his second game after returning from a bad head injury, Darryl Morsell led the way with 19 points, including a crucial layup with 36 seconds remaining to put the Terrapins up by 3 points. It’s hard to explain the Big Ten Conference this season, and it’s even harder to explain head coach Mark Turgeon’s squad. While they get a short break before playing Nebraska on Saturday afternoon, the following stretch of games against Michigan, Minnesota, and Wisconsin won’t be easy.

Montgomery Out. Enos In?

Reports began to surface late Friday night that Michael Locksley had fired offensive coordinator and quarterbacks coach Scottie Montgomery after two seasons with the team. Cincinnati assistant head coach and running backs coach Dan Enos was quickly linked to the job, and he’d be a natural fit after serving on the same staff as Locksley at Alabama in 2018. Locksley served as the Crimson Tide’s offensive coordinator that year, while Enos was the assistant head coach and quarterbacks coach. Montgomery had just two years of experience coaching quarterbacks before he took the job at Maryland, with the majority of his time being spent with wide receivers. Enos however, has 17 years of experience as a quarterbacks coach, including a year at Alabama developing Jalen Hurts, Mac Jones, and Tua Tagovailoa. It’s believed that quarterback development was the driving reason behind this change, and Enos certainly has a better pedigree in that regard.

Reagan Out. Braswell In?

Alongside the reports of Montgomery’s departure came news that offensive line coach John Reagan would also be moving on after two seasons with the team. St. Louis Battlehawks offensive line coach Brian Braswell has been linked to the job, and this would be his first collegiate job since spending 8 years on the staff at Morehouse College. He also has 7 years of experience at the NFL level with both the Cincinnati Bengals and Cleveland Browns. Maryland has had four different offensive line coaches over the last five years, and the revolving door will continue in 2021. With the coaching staff actively working to add at least one more offensive lineman to their recruiting class for next season, getting this position filled has to be a major priority for Locksley.

While the early signing period for football has come and gone, there are still a few players that Locksley and his coaching staff are attempting to add to this year’s team. 3-star offensive lineman Michael Myslinski is one of their top targets, a talented center from the state of Florida. He had been committed to Texas, but reopened his recruitment after they fired head coach Tom Herman. He’s getting strong interest from Iowa and Michigan State, but the Terrapins have a good shot to land him. The team is also attempting to add at least one quarterback from either the high school ranks or the transfer portal. 3-star Billy Wiles from the state of Virginia is a possibility, though Maryland hasn’t extended a scholarship offer to him as of yet.