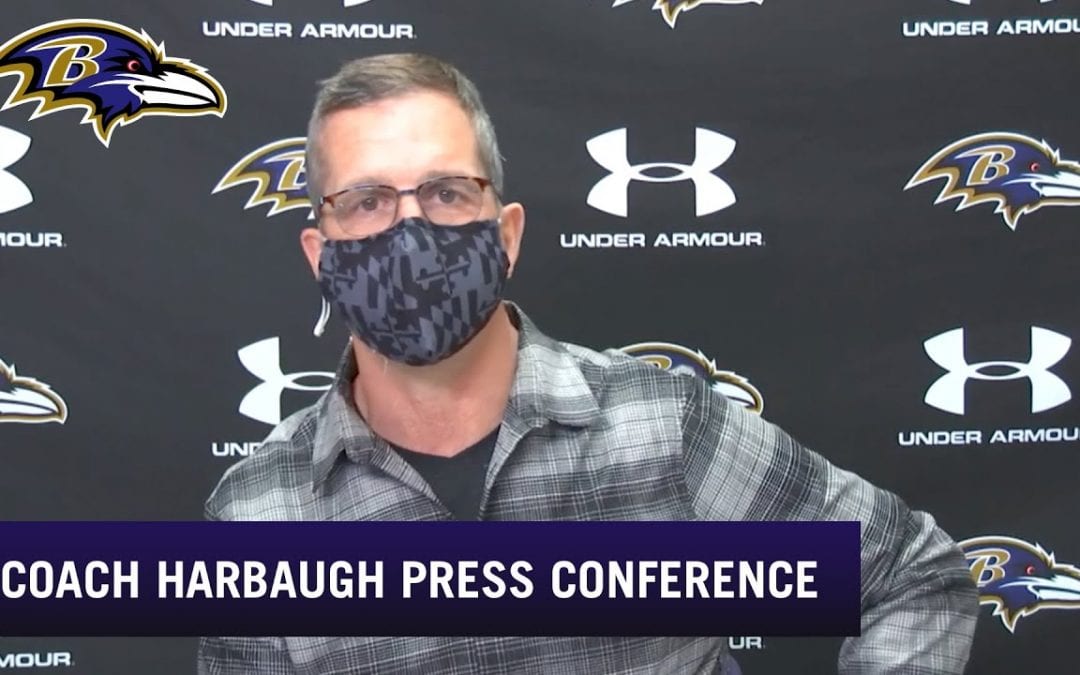 John Harbaugh’s final press availability of the season was mostly about the team’s offensive identity. There were a couple of quotes that stuck out to me that I wanted to focus on.

So there are a couple of things in this answer that stuck out to me. One of them was the assertion about play-action. “There’s nobody that has more effective movement passes.” I understand why that idea exists and where it comes from, but as readers of mine here know, it’s something that is not backed up by the empirical stats.

I have been given access to a couple of different sets of data. By SportsRadars’ data on pro-football-reference, the Ravens ran 112 play-action passes, a number that ranks them 23rd in the NFL, and created just 774 yards off of it, which ranks 25th. At 6.91 yards per attempt, it was barely better than their full sample average of 6.3. To put that in context, the Bills team that knocked them out of the playoffs averaged 8.6 yards per play-action attempt and led the league in passing yards off play-action passes.

If I look at the play-action numbers Sports Info Solutions uses, the Ravens had a 18.2% DVOA on 150 play-action passes or scrambles, and the league average DVOA was 19.3%. They were below average at it. The interesting thing is that a lot of the play-action was used to set up relatively short targets. Only 32 of Lamar Jackson’s targets were 15 yards or deeper on play-action. Is some of that him scrambling? Sure. But it’s hard to be an effective play-action passing offense without using that space you generate at the intermediate/deep level. What the numbers are telling us is that the Ravens often failed to create easy reads for Jackson on that level.

There’s also this quote about doing everything better, which is captivating in the sense that it doesn’t really address any of what they’re going to do to make those things better.

Listen, I think there’s a degree of Harbaugh’s smarm in his answer to Kurt Warner and Steve Smith’s assertions that I agree with. The Ravens know how to do all this stuff and, at the end of the day, there’s nothing new that they need to do. I think elementally, football play calling is a game of trying to look at the argument that the defense is presenting to you and decide how to deal with it.

For years now, defenses have been presenting the Ravens with the argument that they should pass instead of run. In 2019 they did it quite effectively at times. In 2020, they did not. Defenses began to stack the middle of the field against Lamar Jackson and force him to win in areas he is not as great at, and the tactical shift to that as an offense was largely to let it happen.

Ultimately it’s early in the offseason, and I’m sure the answers that will make the Ravens a better passing offense are in the grasp of this coaching staff. But my major takeaway from this final press availability is that most of the people critiquing the Ravens pass offense have real points that need to be addressed. While Harbaugh seems to understand that and want more balance and better efficiency, the road map hasn’t quite been created yet.

Given how previous Greg Roman offenses have gone, I’m very curious if there will be an answer beyond adding more talent.