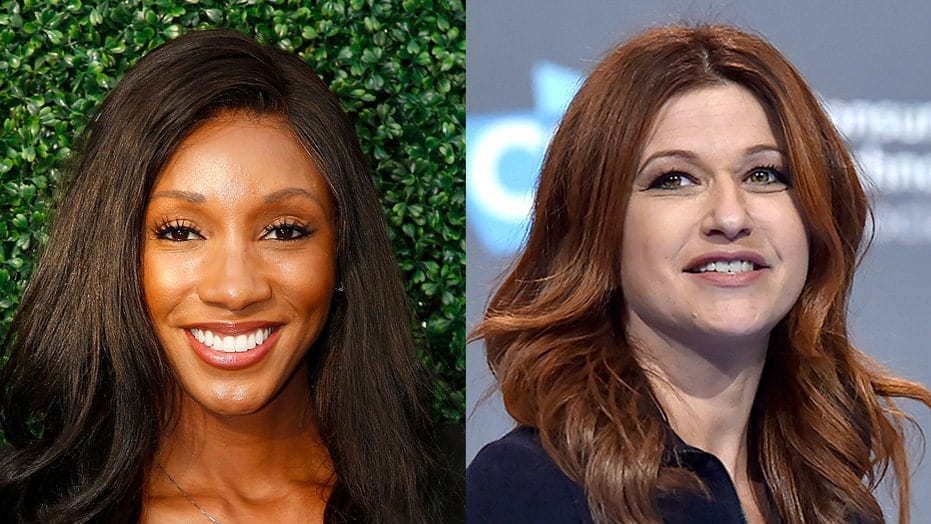 In the midst of his post-basketball season golf tour this week, Charles Barkley sat in with Michael Holley and Michael Smith of Peacock’s “Brother From Another” to share a few “Chuckisms.”

Among them was this observation about how TNT’s NBA coverage, particularly “Inside the NBA,” has become the industry standard: “It’s a certain mix of basketball and stupidity.”

Though Barkley was speaking jokingly (we think) of his own channel’s formula, he could very well have been talking about what ESPN/ABC’s coverage of the Association has devolved into in recent days.

A previously well-hidden schism between on-air talent Maria Taylor and Rachel Nichols broke wide-open this week when a year-old audio clip of Nichols, who is white, pooh-poohed the move to make Taylor, who is Black, the host of the Finals last year, surfaced as a part of a New York Times article.

The flap, which shockingly made conventional news shows, not only reduced Taylor and Nichols into the tired trope of talented women fighting each other to advance their careers, but forced ESPN executives to explain whether they’re truly committed to diversity.

The Nichols-Taylor controversy also sucked the NBA into its vacuum as Commissioner Adam Silver was forced to comment at the pre-Finals press conference on two people who, at last check, weren’t on either of the Phoenix or Milwaukee rosters.

Actually, Silver might have taken some pleasure at answering questions about someone else’s problems with hiring women rather than having to explain how such talented candidates as Becky Hammon and Dawn Staley managed not to get hired as head coaches with seemingly half the league having openings.

ESPN’s drama may drive Taylor, whose contract ends later this month, out of Bristol as her star is in full ascendancy. Nichols, meanwhile, may well be tarnished from the fallout, too, though she does at least have the defense that her words were surreptitiously obtained.

Not that anyone at the WWL asked, but here’s a way to save face: Back up the truck and give Taylor the reported $8 million annually she’s looking for. And listen, really listen, and act on the concerns of Black on-air and behind-the-scenes personnel about operations at ESPN.

Meanwhile, ESPN officials should find a prominent place for Nichols in its soon-to-relaunch NHL coverage. Nichols covered the Washington Capitals for the Washington Post when she reported under the name Rachel Alexander. It’s not ideal, but nothing about this situation is, at this point.

Masked, of course, by this brouhaha is the notion that the Finals telecasts have actually been pretty good. While ESPN’s pre-game and studio coverage lags far behind TNT’s, its game production is right on par and often superior.

Armed with a whopping 39 cameras positioned around the Phoenix and Milwaukee arenas, ESPN is capturing every angle. And thankfully, they’ve passed on that annoying camera that seems to hover just above the court, but doesn’t provide much depth.

The pre-game and halftime crew is a little less of a work-in-progress than it has been over the 19 years ESPN has carried the NBA. Taylor’s a good traffic cop and she’s getting good help from analyst Jay Williams and reporter Adrian Wojnarowski, the best information man in sports television. The charm of analyst Jalen Rose has long been lost here. His attempts at comic relief seem forced and flat.

Malika Andrews is making a solid debut as sideline reporter. At 26, she’s showing flashes of talent with good reportorial skills. When she learns to be more concise with her reporting, Andrews will be a star, though she could use the presence of the wonderful Doris Burke, who is doing analysis on ESPN radio.

Where ESPN’s coverage truly gets off the ground is with its game-announcing trio. Play-by-play man Mike Breen, in his 16th year at the Finals, can take his place along the greats in basketball announcing, college or pro. Breen is always prepared and never surprised, delivering calls that meet the moment but don’t overwhelm it. Breen can put his stamp on a game without drawing attention to himself.

Neither of Breen’s analyst partners, Jeff Van Gundy and Mark Jackson, are quite the measure of Doug Collins, the best television basketball analyst ever, but they’re quite good.

Their schtick as the real life version of Statler and Waldorf, the two old guys from the balcony of “The Muppet Show” hasn’t grown stale yet over their 13 years together. They haven’t had a signature moment yet during the first two games of the championship series, though Van Gundy’s recitation of a Jay-Z rap midway through the fourth quarter of Game 2 was awfully close.