The Orioles And Free Agency 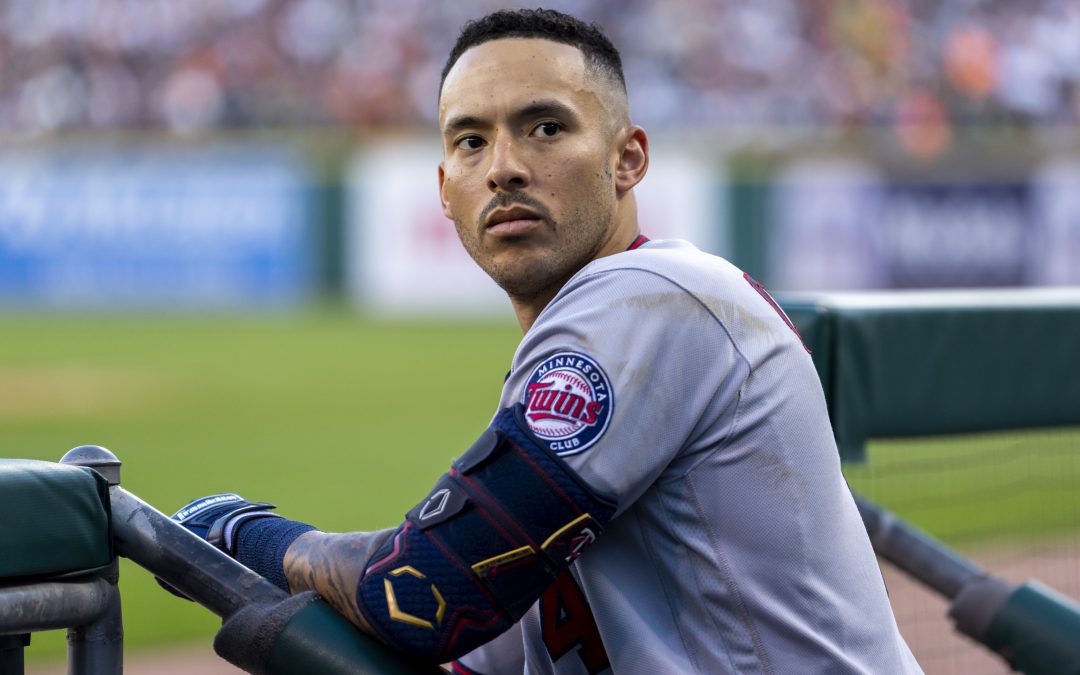 In an ideal world, the Baltimore Orioles end this offseason with both a new star at shortstop and a new left-handed ace, but it’s probably too optimistic to hope for both.

However, if the Orioles are serious this offseason, they absolutely should be able to pull off getting a big shortstop or an ace. That big name should also be joined by another solid second-tier free agent who’d further upgrade the roster.

Let’s examine the options, starting with the big-name shortstops.

When looking at shortstops, there are four options for the Orioles to massively boost their infield: Xander Bogaerts, Carlos Correa, Dansby Swanson and Trea Turner.

While any of these four would be good options, I’ve been drawn to Correa since he was a free agent during last year’s offseason.

One key part of Correa’s appeal is his age: he’s 28 and won’t turn 29 until late September.

According to the FanGraphs free agency tracker, Correa is one of just 14 free agents who is yet to turn 30. Thanks to debuting as a 20-year-old in 2015, Correa is younger than other big-name free agents like the 31-year-old Aaron Judge or the 35-year-old Jacob deGrom.

Giving Correa a lengthy contract would most likely mean there’s less concern over how he ages compared to other free agents simply because he’s younger than most free agents.

Another unique aspect of Correa is that an Astros front office that included Mike Elias selected him with the #1 pick in the 2012 draft. A reasonable assumption could be made that Correa reuniting with Elias would be appealing to both parties if he’s given a competitive offer.

Correa’s history with the Astros also means he’d be providing the Orioles with a remarkable amount of playoff experience.

Correa has appeared in 79 playoff games, including 20 games in the World Series. He’s also shown up in the big spots, providing a .849 OPS in the postseason. Since his debut in 2015, only four players have had more postseason plate appearances than Correa.

Of course, postseason experience is hardly the most important factor for a free agent. However, it certainly seems like a compelling addition to a roster that is unseasoned when it comes to playing meaningful games in September and October.

After Correa, Turner seems like the other most exciting option among the big four shortstops. When comparing Turner to Correa, there’s one area where Turner is the clear winner: speed.

Turner has stolen 30 or more bases in five different seasons and only trails Billy Hamilton and Starling Marte for steals since his debut season in 2015. Statcast said Turner was the fifth-fastest player in baseball last year based on his sprint speed and the data certainly matches the eye test when it comes to his wheels.

Turner’s speed means he is less reliant on his power to provide value, which would potentially make him a more valuable option for someone spending 81 games as a right-handed hitter at Camden Yards.

There’s less that stands out about Bogaerts or Swanson for me, but they’d still be clear upgrades to the infield compared to who is currently on the roster.

Ramon Urias and Jorge Mateo were both helpful contributors to last year’s 83-win team thanks in large part to their impressive defense, but the Orioles should be able to survive losing one of their gloves in their regular lineup in exchange for providing an offensive upgrade to pair with Gunnar Henderson on the left side of the infield.

It would also give them better infield depth, knowing that they can use someone like Mateo as a game-changing pinch runner or having a Gold Glove third baseman ready whenever Henderson or someone like Correa needs a day off. Signing a free agent shortstop would also make it easier to explore trading infield prospects like Jordan Westburg or Joey Ortiz for pitching.

If the Orioles are happy with internal options in the infield between major leaguers like Urias and prospects like Westburg, that’d be a reasonable enough position. However, if that’s the case, then they need to make a serious effort to land the best left-handed pitcher on the market: Carlos Rodon.

Across the last two seasons, Rodon has pretty comfortably been one of the best pitchers in the game. Among pitchers with 300 innings across 2021 and 2022, Rodon ranks in the top five for several noteworthy stats including K/9 and ERA.

The argument for getting Rodon isn’t exactly elaborate and as such, it’s hard to imagine any team with money to spend not trying to make a competitive offer to get a southpaw with the best K/9 across the last two years. That being said, outspending plenty of other suitors for Rodon would be some of the best proof possible that it truly is “liftoff from here” for the Elias front office trying to improve the team externally.

As for cheaper options in free agency, the position player who stands out to me is the left-handed bat of Joc Pederson. Pederson is fresh off an .874 OPS that was the best-second figure of his career and ranked 12th in baseball among hitters with at least 400 PAs.

Pederson’s 2022 was also excellent when looking at Statcast data: he was in the 98th percentile for both exit velocity and hard-hit rate. Pederson’s below-average strikeout rate means he doesn’t always put the ball in play but when he does? Good things happen.

While Pederson is an excellent hitter, he’ll command less money than someone like Correa because he doesn’t really provide any value outside of his hitting.

Pederson is in the 20th percentile for sprint speed according to Statcast and was one of the worst fielders in the sport according to the outs above average metric. Anyone signing him should expect him to almost exclusively DH or face the consequences defensively. As such, this means that Pederson would be underwhelming as the biggest free agent of the offseason, but a wonderful addition if he’s joined by Correa or Rodon.

Of course, Pederson received a qualifying offer so there’s also a chance he stays with the San Francisco Giants. However, if he’s on the market, the Orioles should be willing to give up a draft pick in exchange for giving their offense a major boost.

As for second-tier options on the pitching market, it seems like Chris Bassitt would be the best option for teams who can’t land Rodon or an older veteran like deGrom or Justin Verlander.

Since 2019, Bassitt’s 3.31 ERA has ranked ninth among 32 pitchers with 500 innings across the last four seasons. Bassitt isn’t someone who dominates with strikeouts, but still has a pretty solid job at limiting baserunners: his 1.13 WHIP since 2019 puts him in the top ten for the 32 pitchers with 500+ innings in that span.

If they’d prefer to explore left-handed pitching to take advantage of the left field wall, a reasonably priced veteran option could be the 33-year-old Jose Quintana. His 0.435 HR/9 led all of baseball last year and it could be even easier to keep the ball in the park with perhaps the league’s most pitcher-friendly left field.

Regardless of whether it’s a big name like Rodon or a more modest option like Bassitt, the Orioles should also be exploring the trade market for pitching in addition to whoever they sign, as I mentioned earlier in the article.

So in summary, an offseason of something like Correa/Bassitt or Rodon/Pederson would be a resounding success, but an offseason where they only get someone like Pederson without also going for a top-tier option would feel underwhelming for a team that currently has no meaningful financial commitments.