The Orioles Are Not Vegans 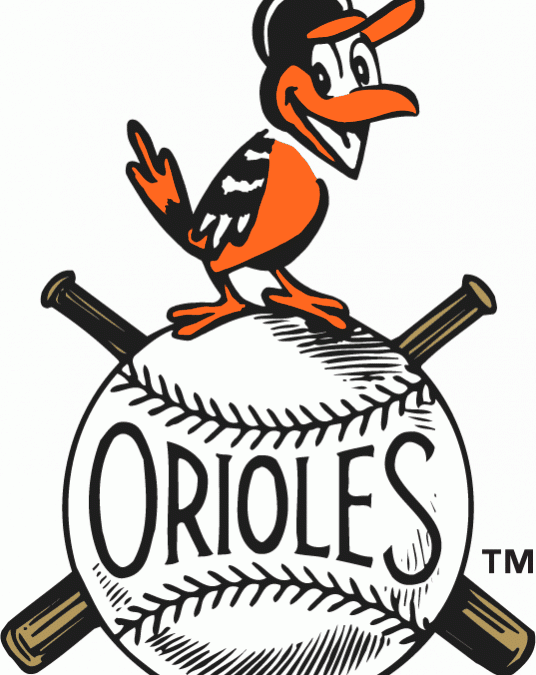 At lunch, I asked my partner what I should write about the Orioles. Her response: did you know they’re vegan? I was pretty sure Orioles are insectivores (they are) and said as much. But no, this was a joke about Oreos. Those are vegan. Besides any bugs/rodents that find their way into the manufacturing process. Let’s not dwell on that.

These Baltimore Orioles are not vegan. They’re actually doing some pretty cool baseball things. My very first article with BSL examined the preseason projections which were dire. Public analytics tools expected between 61 and 64 wins. The commentariat at the BSL forums expected another win total beginning with a “5.” Presently, the club is 13-18 (14-18 after today), a 68-win pace. FanGraphs now projects 67 wins – in other words, they’ll maintain their pace.

Let’s take a closer look at what’s happening. For the sake of my sanity, I will not be including the 5/12 game which is happening as I type this.

The good news is the Orioles are not the worst offense in baseball. The Detroit Tigers have scored 33 fewer runs. Even the Boston Red Sox and Chicago White Sox are trailing Baltimore. Of course, that maybe isn’t as good as it sounds – those two clubs will regress to score more runs. The O’s have scored 3.48 runs per game and struggled to eclipse even three runs scored for much of April. This is what we expected all along. The FanGraphs projection engine expects 4.43 runs per game going forward. Only the Tigers, Royals, Athletics, and Pirates project for fewer runs scored.

The offense consists of four or five bright spots depending on your perspective. Additionally, Trey Mancini is no longer snakebit. Since the publication of this article detailing his ill-luck, he’s batting .341/.383/.364. The power will come.

Cedric Mullins is replicating his excellent 2021 campaign which bodes well for the club whether they intend to eventually extend him or cash out at the trade deadline. He has a .264/.333/.464 batting line with five home runs and five steals – a roughly 25/25 pace.

Anthony Santander has fixed his most glaring defect – poor plate discipline. Such adjustments are not uncommon, but they rarely stick after the month of April. Indeed, Santander’s swing rate at pitches outside the zone is four points higher in May (33%) than April (29%). The good news is it still checks in well-below his career average (38%). Santander’s power hasn’t shown up as much as expected. Not only is power notoriously fickle, you might have heard something about the leaguewide power outage.

Austin Hays is also doing what’s necessary to remain in the lineup. While his walk and strikeout rates seemingly suggest improved discipline, a deeper delve into the data reveals no change. He’s benefiting from a .344 BABIP and circumstance. While he should remain an acceptable hitter, the analytics I use believe he’s a league average (2 WAR) player. That’s good in the context of the 2022 Orioles, but it won’t cut it on future rosters. He could be trade bait if he doesn’t find another gear.

I liken Ryan Mountcastle to Nick Castellanos. And like Castellanos, it might be a long time before he makes the transition from decent bat-only player to true mid-lineup threat – if it ever happens at all. The Mountcastle-as-Castellanos comp merits a deeper conversation so let’s set it aside for now. Bottom line: he’s hitting decently.

Last and least among the effective hitters is Jorge Mateo, a toolsy athlete who has long lacked for on-field results. He’s managed to keep his head above water by providing positive value on the basepaths and in field. Mateo has poor plate discipline and struggles to make contact (16.3% SwStr%). However, he’s managed an unholy 38 percent line drive rate which has helped to fuel his early pseudo-success. He even homered today. Mateo is making a case to stick around as an all-over utility man once better infielders arrive.

The Orioles are only 11th-worst at run-prevention despite losing John Means after eight innings. That works out to 4.22 runs per game. FanGraphs isn’t sanguine about the future – they’re projected for a league-worst 5.33 runs per game over the balance of the season. Five pitchers have performed in a way that merits further comment.

Bruce Zimmermann has been a revelation, albeit one we all expect to regress in the bad way. Hardly anybody maintains a 2.67 ERA, and Zimmermann lacks the characteristics of those who do. That said, the soft-tossing southpaw is missing a ton of bats and seems to be stepping right into Means’ shoes. Like Means, his best offering is a changeup. The new dimensions at Camden Yards have helped. Last season, he allowed 1.96 HR/9. This year, he’s humming at just 0.30 HR/9. That number will rise – how far it rises will determine if he’s a mid-rotation innings-eater or just an inventory arm.

Former reliever Tyler Wells has also pitched well in six starts. He’s even extended to five or more innings in each of his last three starts. An extreme fly ball pitcher, he too benefits from the new park dimensions. That was kind of the point when they changed the fences. In what’s sure to be a theme for the Orioles in years to come, Wells has really upped his changeup usage. It interacts nicely with his slider and fastball. He might be best off never throwing another curve.

Kyle Bradish’s first two starts weren’t exactly impressive. My scouting report was simple: funky delivery and minus command with too many mistakes over the heart of the plate. Then he slayed the Cardinals over seven innings with 11 strikeouts. He induced a 15.6% SwStr% on the day. That’s what we want to see! Dating back to his time in Triple-A, Bradish has been inconsistent from start-to-start this season. His curve and changeup have taken a back seat to his heater and slider combo. Worst case (besides injury), he can comfortably fall back on a high leverage reliever role.

Two relievers have performed well. Jorge Lopez is getting by via 98-mph heaters and the lowest hard-contact rate in the league. Per Statcast, which uses exit velocity to calculate its HardHit%, Lopez’s 16.7 percent rate narrowly edges out Wil Crowe, Evan Phillips, and Ryan Helsley. He’s also done a great job keeping the ball on the ground. He’ll need to maintain this particular brand of exceptionalism to remain a late-inning reliever – not to mention a coveted trade deadline asset.

The other reliever in question is Felix Bautista. Between a punishing 98-mph fastball, a slider, and a splitter, Bautista is an uncomfortable opponent to face. He actually benefits from his reputation for poor command – it keeps hitters on their toes. If he can maintain a sub-4.00 BB/9, Bautista looks like a high leverage centerpiece for years to come.

Fielding metrics don’t do a great job with less than one-fifth of a season to grade. However, it’s fair to say the Orioles lack for any notably above-average fielders. Nobody’s a blackhole either besides the possible exceptions of Rougned Odor and Robinson Chirinos, neither of whom is likely to have a major role for much longer.

Orioles beat writer Dan Connolly believes Adley Rutschman could be promoted by the end of next week, per this piece on The Athletic. Connolly doesn’t come right out and name date, instead only indicating that next Monday is unlikely but his tenure in the minors will also end before May (unless something goes horribly wrong).

Jahmai Jones is hitting poorly. He’s the most prepared to supplant Odor.

Grayson Rodriguez is stranded on 19 batters faced. His most recent outing lasted 5.1 scoreless frames, a partial rebound from two substandard appearances. I say “partial” because he issued three walks with only five strikeouts. D.L. Hall has ascended to Triple-A. He’s incredible to watch. Pray he stays healthy