The Ravens Collapse Vs. Miami; The Good, The Bad, The Ugly 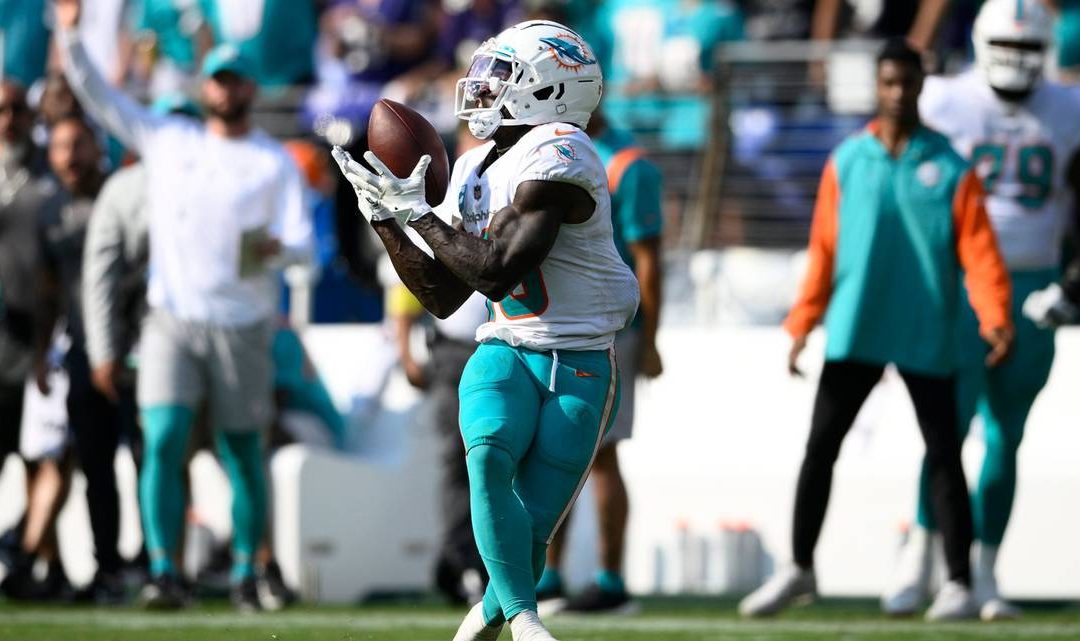 In their 2022 home opener, the Baltimore Ravens coughed up a 21 point lead and suffered a crushing 42-38 defeat to the Miami Dolphins.

1) Lamar Jackson threw for 3 TD’s for the second straight week, and also ran for over 100 yards – including the 79 yard TD run.

2) Hard to have a better start a year and his Ravens career than what we’ve seen from Marcus Williams so far. Two more picks today after his interception last week. (Definitely would have liked that third potential pick today though!)

3) Devin Duvernay started the day with his 103 yard Kick Return for a TD! I’m still not in love with having Duvernay in the return game when he’s the 2nd WR, but that was a reminder of just how valuable he is as a returner.

4) Justin Houston was able to pressure QB’s last year, but wasn’t able to come up with many sacks. This year started with a sack last week, and another one today.

5) Jaylin Armour-Davis had a couple of nice instinctive plays.

6) With Dobbins inactive, and Edwards injured; the best looking Ravens RB at this point looks like Justice Hill. That’s not a good thing by itself, but at-least Hill has some burst. As long as Dobbins and Edwards aren’t available, I’m giving him the ball more vs. trying to feed Kenyan Drake (6 carries, 8 yards) and Mike Davis (5 carries, 4 yards).

7) It ended up with no points, so we will mention it again below; but the Ravens initial 18 play, 74 yard, 10 minute 52 second drive brought back memories of ’19 and all of the long drives that season.

8) Isaiah Likely had the first 4 catches of his career.

9) Beautiful slant and separation from Rashod Bateman over the middle for 6.

11) Patrick Mekari played well at LT in place of Stanley.

1) We mentioned the Ravens initial drive of the game above. It was fun until it wasn’t. 1st and Goal at the 4, and then stuffed on 5 plays (5 because of a penalty). On 4th and Goal, Jackson fumbled the snap and the Ravens didn’t even get a play off.

3) The Ravens reclaimed the lead with a Justin Tucker FG with 3:01 left. The defense then allowed a fourth 4th Quarter Miami TD.

4) Duvernay had to leave the game with a concussion.

2) The Ravens had contained Tyreek Hill for most of the game, until his 4th Quarter explosion. Hill’s 2nd TD which made it 35 all, was annoying. Armour-Davis dropped off expecting Safety (Hamilton) help. Here’s a thought; don’t ever leave Hill. Hill and Waddle both had 9 catches for 160+ yards.

3) Last week was a strong week for Justin Madubuike, and Michael Pierce. Both quiet today with Tua Tagovailoa quickly getting rid of the ball.

4) Added to the active roster earlier this week, OLB Steven Means was carted off the field with an injury.

5) The Dolphins had five scoring drives of over 59 yards.

6) The Ravens win percentage entering the 4th Quarter was 97.8%.

7) You got that game from Jackson, and lost!

What Others Had To Say:

The 1-1 Baltimore Ravens travel to New England to face the Patriots. This will be the third AFC East team in a row for the Ravens to begin the year. The Patriots rebounded from their own loss to Miami last week, to beat the Steelers 17-14 in Pittsburgh today. ESPN’s Match-up Predictor gives the Ravens a 55.2% chance of winning.