The Rise of Kyle Bradish 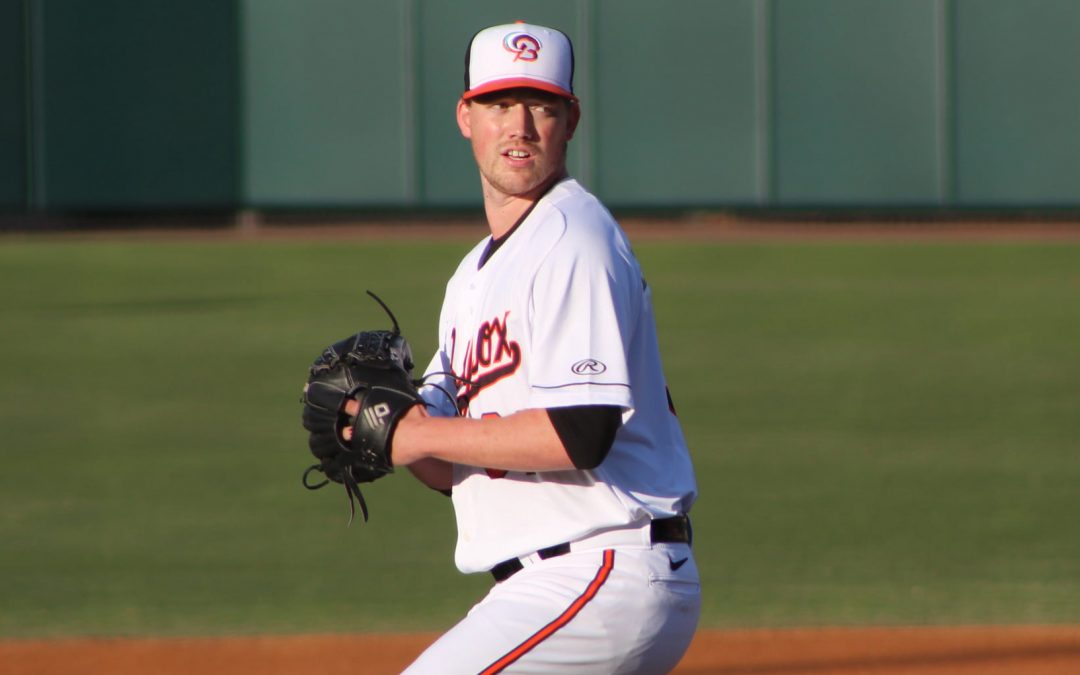 In the early stages of the Minor League Baseball season, few Baltimore Orioles prospects have pitched as well as Kyle Bradish. The right-hander breezed through Double-A Bowie, earning a promotion to Triple-A Norfolk and bolstering his status as one of the fastest rising prospects in the system.

Acquired from the Los Angeles Angels after the 2019 season as part of the return for Dylan Bundy, Bradish is pitching in official games as an Orioles prospect for the first time. Over three starts at Bowie, Bradish dominated by not allowing a run over 13 2/3 innings pitched. During that span, he struck out 26 batters against five walks. In all, he fanned 50% of the batters he faced. His most recent outing came at Richmond (San Francisco Giants) on May 19, when he struck out 10 while walking just one in four innings of work.

Coming into this season, Bradish was a known commodity. Not only was he generally viewed as a Top-30 prospect in the system, but also named in most reports as the best of the four minor-league pitchers the O’s acquired for Bundy. However, pre-season scouting reports and prospect rankings suggested a wide range of potential outcomes for the 24-year-old. To give an example, he ranked 20th on our Top-30 prospect list , but 31st on FanGraphs’ list and 13th on MLB Pipeline’s.

Two of the biggest questions surrounding Bradish into this year were his control, and a delivery that has a lot of moving parts. Still, many evaluators were interested in Bradish because of a fastball that reliably sits in the mid-90s, a 6’4” 220 lb. frame that should allow him to hold up as a starter, and a slate of secondary offerings that includes an impressive curveball. That was why some reports suggested that Bradish would be a rising prospect this year, especially if he could improve his control.

Prior to this season, BSL Radio’s On The Verge identified Bradish as a prospect whose stock could rise considerably this year. Whenever myself and my co-hosts Bob Phelan and Nick Stevens have discussed Bradish, one point I have consistently raised is that Bradish more than held his own in 2019, his first season as a professional. Though he posted a 4.7 BB/9 in 101 innings pitched that year, his other numbers (4.28 ERA, 3.87 xFIP, 10.7 K/9) were impressive when you consider that he was pitching in the High-A California League, a notoriously hitter friendly circuit.

Fast forward to this year, and we are certainly seeing the best of Bradish. His stats at Bowie should come attached with the small sample size disclaimer, but they undoubtedly gave some validity to the pre-season praise he received from Orioles’ farm director Matt Blood. We also know that Bradish touched 97 mph with his fastball at Bowie and was reliably throwing 93-95 in his outings. Plus, when watching video of his dominant outing at Richmond, it is easy to see where Bradish’s delivery is successful at keeping hitters off balance.

As Bradish heads to a Norfolk club that has struggled in the early goings of this season, there will be a few things to watch with his performance. We know that his fastball velocity is holding up right now, but will he be able to keep more experienced hitters off balance and get as many swings and misses as he did in Double-A? Furthermore, the Orioles will have to gradually stretch him out as the season progresses. He pitched five innings in just one of his starts at Bowie, so we still need to see how he handles a higher workload.

For an organization that clearly needs to build a better pipeline for pitchers during its rebuilding process, it is encouraging to see Bradish getting off the start he has had. If he comes anywhere close to repeating his success at Norfolk, DL Hall and Grayson Rodriguez—both of whom are off to good starts in their own right—will have company in the category of best pitchers in the farm system.