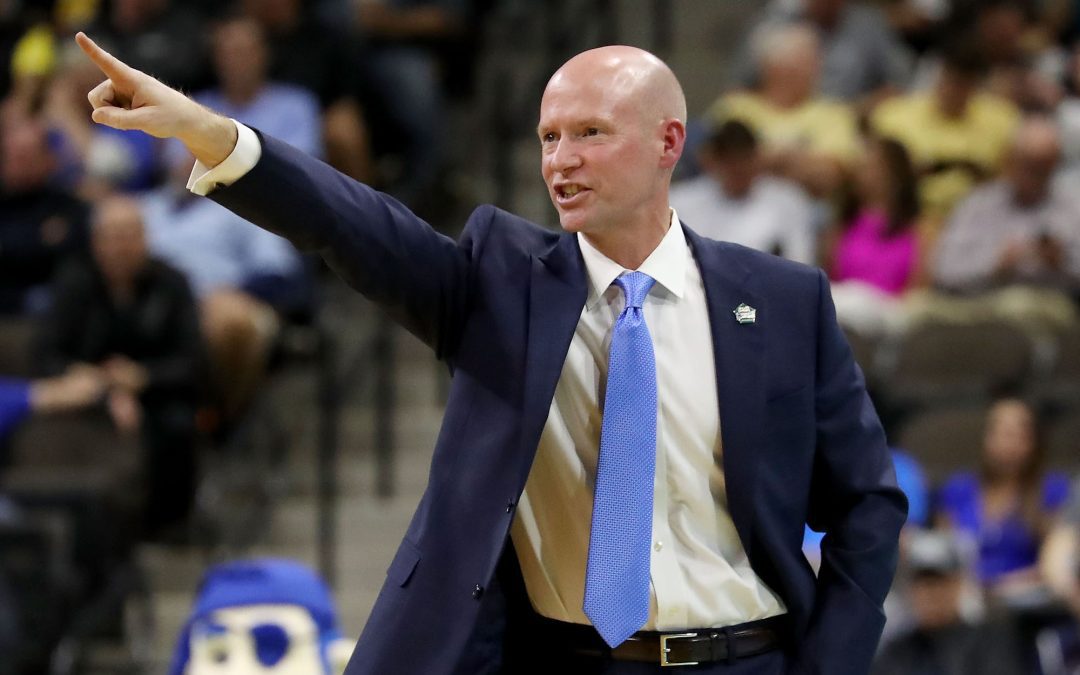 Seton Hall’s Kevin Willard has been regularly mentioned as a potential candidate for the new head coach of Maryland men’s basketball.

Willard has been the head coach at Seton Hall since 2010-11, but 2015-16 was his first NCAA tournament team, so this article will only focus on his teams from that season to now.

So, let’s examine how his teams have played and what they’ve accomplished.

In five of Seton Hall’s seven seasons dating back to their first tournament appearance with Willard, they’ve had a defense that ranked higher in Kenpom’s adjusted efficiency than their offense.

The 2015-16 team was an especially noteworthy team for being defense-first, ranking 10th in defensive efficiency and 72nd in offensive efficiency. That team accomplished their defensive success mainly thanks to defending both inside and outside shooting, ranking in the top 40 nationally for both opposing two-point and three-point percentage.

Willard’s teams have also been very strong at blocking shots.

The 2019-20 team, projected to be a #3 seed in the NCAA tournament by BracketMatrix.com before the tournament was cancelled, was ninth in the country for block percentage. They swatted 14.9 percent of the two-pointers attempted by their opponents, which led to an opposing two-point percentage that ranked 21st in the country. In five of the last seven seasons, Seton Hall has been ranked in the top 100 for block percentage, showing consistency in being able to defend inside shooting.

Of course, any discussion of a coach’s playstyle feels incomplete without mentioning tempo. Willard’s Seton Hall teams have not exactly been flying up and down the court, but they’re not really playing like Tony Bennett’s Virginia teams either. Most notably, his teams have been faster than Mark Turgeon’s. They averaged a Kenpom adjusted tempo ranking of 144, while Turgeon’s teams sat at 255 in the same time frame.

Maryland will not suddenly become 1990 Loyola Marymount with Willard but if you’ve complained that Turgeon’s teams are too slow, Willard would certainly be an improvement in that department.

Stop me if this sounds familiar: Kevin Willard potentially missed out on his best chance at a tournament run due to the 2020 NCAA tournament being cancelled.

When the sports world shut down, Seton Hall was 21-9 with a 13-5 record in Big East play and was going to be the #3 seed in the Big East tournament. As mentioned above, they were also projected to be a #3 seed in the NCAA tournament. A #3 seed would’ve been a noted improvement from Seton Hall’s prior four tournament appearances, which never saw anything higher than a #6 seed.

While we can speculate over the 2020 NCAA tournament for hours, we do have four tournaments that Willard’s Seton Hall played in without a pandemic, so let’s examine those.

The 2018-19 Pirates made the tournament as a #10 seed and ran into a #7 seed Wofford team that had spent the entire year being lethal on three-pointers. The Terriers were 13-for-28 on their threes, making 46 percent of their tries from deep on their way to an 84-68 victory. Wofford made 41.4 percent of their threes that season, which ranked second in the country, so it wasn’t exactly a defensive failure from Seton Hall to lose like that.

Meanwhile, the 2017-18 team provided a valiant effort as a #8 seed. They won a 94-83 shootout with #9 seed NC State before giving #1 seed Kansas a scare in a game they lost by just four points. The Kansas game was highlighted by an incredible effort from senior center Angel Delgado, who grabbed 24 points and 23 rebounds in the loss.

2016-17 saw another first-round exit, with #9 seed Pirates losing to #8 seed Arkansas 77-71. The most notable figure in this game was that Arkansas just simply didn’t shoot three-pointers. Arkansas attempted 53 two-pointers compared to just seven three-pointers on their way to scoring 77 points in the win. Meanwhile, Seton Hall was haunted by an issue that had plagued them all year: free throws. The Pirates ranked 335th out of 351 teams in free-throw percentage that year, making just 64.3 percent of their attempts. Sure enough, that included a 13-for-21 effort against the Razorbacks, a success rate of just 61.9 percent.

2015-16 was Seton Hall’s first tournament appearance with Willard and it’s the most interesting outcome. The Pirates won the Big East tournament to earn a #6 seed but ran into quite the program as the #11 seed: Gonzaga. Mark Few’s Bulldogs quickly proved that their #11 seed wasn’t an accurate reflection of their team, beating Seton Hall 68-52 and dispatching #3 seed Utah 82-59 to make the Sweet Sixteen.

It’s definitely not ideal that Willard’s team was unable to ride the momentum from their Big East tournament into a tournament win, but also, running into a prestigious program with a track record of success like Gonzaga as a #11 seed was a tough break for Seton Hall. You can hold that against Willard if you want, but there’s much more shameful outcomes as a head coach than losing to Few in the tournament.

If you want a coach that has reached at least one Sweet Sixteen in recent memory, I’m afraid that Willard will not be your man. However, I don’t see any especially poor outcomes from Willard’s four tournaments where his team clearly underachieved based on their seed and like Turgeon, he missed out on a golden chance with an especially strong team in 2019-20.

Here is one area where Willard is a clear upgrade on Turgeon: he has won a conference tournament.

As mentioned above, the 2015-16 Pirates won three straight games at Madison Square Garden as the #3 seed in the Big East tournament to clinch an automatic appearance in the NCAA tournament.

They beat the #2 seed Xavier in the semifinals and then dethroned #1 seed Villanova in the title game. Villanova went on to win the NCAA tournament that year, which meant that Seton Hall was the final team to beat the Wildcats in the 2015-16 season.

Seton Hall found itself in the Big East title game against Villanova once again during the 2018-19 season, but this time Jay Wright was able to defeat Willard’s team in a 74-72 contest. So, if you’re keeping score, Willard has reached the title game of the conference tournament twice with Seton Hall, while Turgeon never did so with Maryland.

In fact, the only time Seton Hall has failed to win a game in the Big East tournament since Willard’s 2015-16 was 2017-18, where Butler eliminated them.

The Pirates are 7-4 in their conference tournament since 2015-16, while Maryland has been 2-5. If you viewed losses to schools like Nebraska and Northwestern as absolutely unacceptable outcomes for the Terps, someone like Willard would seem to be a major upgrade when it comes to conference tournament success.

You’ll be shocked to learn that Seton Hall has played Villanova more than any other ranked team.

Everyone who has been in the Big East since 2015-16 has a losing record against Villanova when the Wildcats are ranked, but Seton Hall has been especially poor for a school that has been largely successful against the rest of the conference.

No team in the Big Ten has been consistently dominant in the regular season and conference tournament like Villanova, so it seems unlikely that Willard will end up being 3-13 against any Big Ten school when they’re ranked.

Seton Hall’s performance against the best school in their conference isn’t ideal, but I’m viewing that as a credit to the excellence of Wright’s Villanova more than a failure from Willard’s Seton Hall.

Seton Hall is 7-5 at home against ranked schools besides Villanova, including a top ten victory over Turgeon’s #7 Terps in December 2019. Meanwhile, they’re 5-7 on the road against all other ranked opponents and 3-2 for neutral site games that aren’t part of the postseason.

None of these records are especially impressive and it shows that Seton Hall has been solid but unspectacular when they’ve faced other ranked teams.