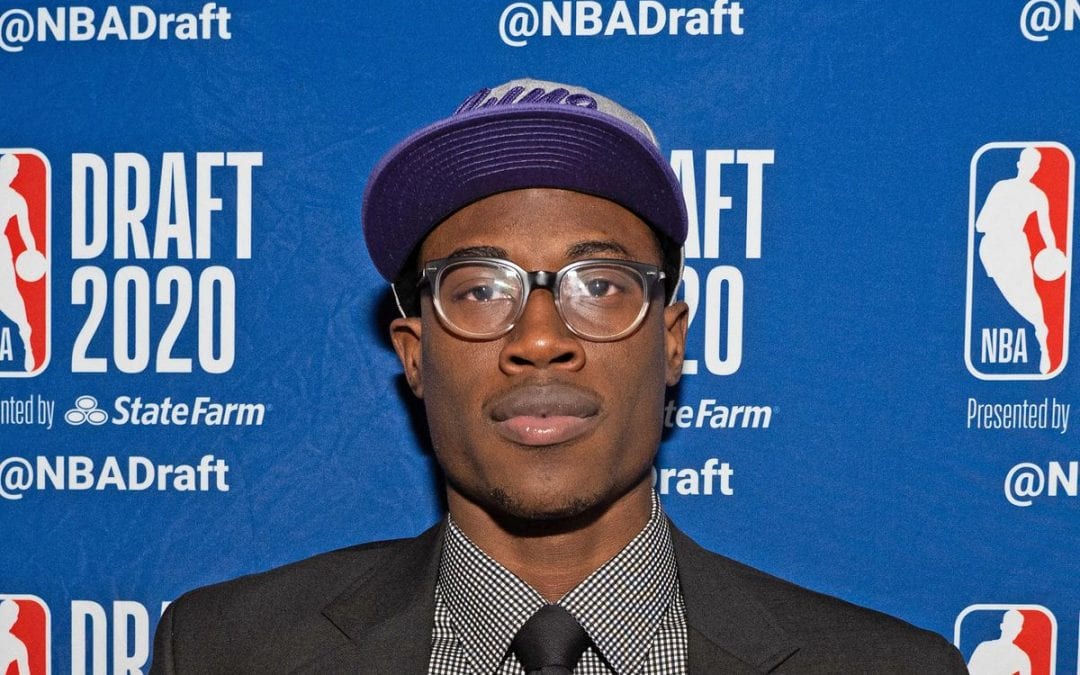 After much speculation about what the non-conference schedule would look like this season for Maryland basketball, the questions have been answered.

Maryland’s season opens with a non-conference home game Nov. 25 against Old Dominion and the Terps’ toughest non-conference test will likely be a Dec. 9 trip to Clemson for the Big Ten/ACC Challenge.

While the schedule is now finalized, the basketball season will begin with no fans in attendance at Xfinity Center because of COVID-19 protocols. As a statement by the university put it, this is being done “out of an abundance of caution for the health and safety of both the student-athletes and fans.”

Game times and television details for the non-conference schedule will be announced at a later date.

The Monarchs finished 13-19 last season and were 9-9 in Conference USA. KenPom.com had Old Dominion ranked No. 171 in the country at the end of last season, but the analytics website projects the Monarchs to finish 100 spots higher, ranking them 101 in its 2021 projections. Perhaps the relatively optimistic projection has to do with the experienced roster head coach Jeff Jones will have with most of his team from last year returning.

Navy basketball isn’t much to write home about. Head coach Ed DeChillis’ team finished 14-16 last year and 8-10 in the Patriot League. But KenPom does see the Midshipmen improving in 2021, projecting them to finish 13-9 overall and 10-6 within their conference. Either way, even with an “in-state rivalry” factor, this should be a game the Terps win with ease.

The Mountaineers will likely be the easiest game on Maryland’s schedule this season. Finishing 11-21 overall and 7-11 in the Northeast Conference last year, “The Mount” is another in-state program like Navy that isn’t exactly known for its hoops. However, Navy would likely beat Mount St. Mary’s by double digits. Chalk this one up in the win column for the team from College Park.

Monmouth plays in the always scrappy Metro Atlantic Athletic Conference and will be taking the short trip from New Jersey to College Park to take on the Terps. The Hawks and head coach King Rice were able to pull off an 18-13 record last season and a 12-8 record in conference play. This is a program that is used to playing tough non-conference competition though. Exhibit A: a three-consecutive-game slate against Kansas State, Kansas, and Pittsburgh last season. KenPom doesn’t necessarily see Monmouth as a much-improved team from last year, but if the Terps aren’t careful, this is a proud program that could keep the game closer than expected.

This will likely be the toughest home non-conference game for the Terps. George Mason is a relatively local program, plays in a tough Atlantic 10 Conference, and returns nearly its entire roster from a team that will be playing with a chip on its shoulder after a disappointing showing last season. The Patriots started last year 11-1, including a win over Nebraska, but that one loss was to the Terps (86-63) and Dave Paulsen’s team ended the year losing 14 of its last 20 games. KenPom currently has George Mason ranked No. 110 entering the 2021 season, which is the highest for any Terps’ non-conference opponent not named Clemson.

This was the one non-conference game we knew was locked in before the rest of the slate was released. The Tigers are also the only non-conference opponent ranked ahead of Maryland by KenPom — Clemson is No. 40 and the Terps are 51. KenPom is predicting a four-point Tigers win in the Big Ten/ACC Challenge matchup, but this game should basically be considered a toss-up. It’s really the only explainable non-conference loss Maryland could have this season.

La Salle will be the second A-10 school the Terps play in the non-conference this season. The Explorers have been a bottom-half of the league team within its conference in recent years, and that’s where they’re projected to land again with KenPom predicting a 7-11 conference record this year. Philly teams can be tough, but Maryland needs to take care of business and win this game before Big Ten play gets into full swing.

On Wednesday, the Big Ten Conference released its basketball schedules. Maryland’s Big Ten schedule includes home-and-home matchups against No. 7 Wisconsin, No. 24 Rutgers, No. 25 Michigan, Purdue, Minnesota, Penn State and Nebraska. The Terps’ single matchups are No. 8 Illinois, Indiana and Northwestern at home, as well as No. 5 Iowa, No. 13 Michigan State, No. 23 Ohio State on the road.

It was a bit of a surprisingly high draft slot for Smith based on most mock drafts, but not to anyone who has seen him play as much as Terps fans have. Not to mention, Smith is exactly what NBA teams are looking for in terms of a stretch four. He is tall, long, athletic, an aggressive rebounder and can stroke from outside better than most men his size.

“Stix” was a consensus third-team All-American who earned first-team All-Big Ten honors last season. He averaged 15.5 points, 10.5 rebounds and 2.4 blocks per game for the Terps, ranking second in the Big Ten in rebounds and blocks per game, and fourth in field goal percentage (.538).

The Baltimore native has special offensive and defensive versatility. In fact, Smith was the only player in the country last season to record at least 60 blocked shots and 30 three-pointers. He also led the Big Ten and ranked third nationally with 21 double-doubles.

Smith finds himself in a great situation in Phoenix. The Suns are a rising team with a young, talented core led by Devin Booker and DeAndre Ayton. Phoenix also just acquired Chris Paul, a point guard that will appreciate Smith’s ability in the pick-and-roll.

The Suns have been kind to Maryland over the years. Smith becomes the first Terps player drafted in the lottery since Phoenix took fellow big man Alex Len No. 5 overall in 2013. Smith is the 13th top-10 selection in program history. Maryland has now had at least one player drafted in three straight drafts.