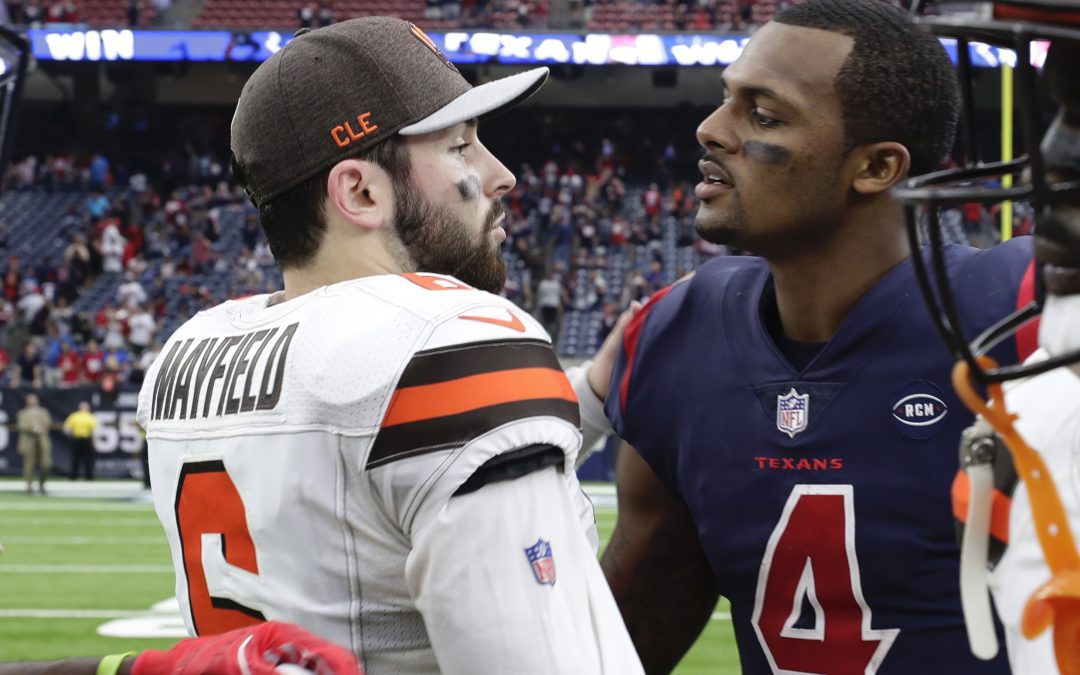 Did you feel that???

The NFL landscape just endured the equivalent to a 7.0 on the Richter scale.
The QB carousel finally landed on Deshaun Watson.

Where the 22 civil lawsuits alleging sexual assault allegations, weren’t enough to deter the Cleveland Browns from not only trading a boatload of draft assets to the Houston Texans in exchange for the former Clemson product, but immediately welcomed him to northern Ohio with the most guaranteed money in a contract in NFL history.

However, Watson was far from the first domino to fall.
NFL free agency felt like it really started 10 days ago, when the reigning league MVP, Aaron Rodgers, informed the Packers he will be continuing his NFL career in Green Bay.

Prompting the Denver Broncos to secure the services of quarterback Russell Wilson just hours later, by sending a plethora of picks and players to the Seattle Seahawks.

However, Rodgers’ decision to stay in Green Bay had another major ripple effect on the AFC West.

Just days after Rodgers secured a lucrative three-year contract extension, the Packers sent his All-Pro Wide Receiver, Davante Adams, to the city of Las Vegas to reunite with his college quarterback, Derek Carr, as a member of the Raiders.

And oh by the way… did I mention that the most accomplished player in NFL history decided he still wants to play football in 2022?
That’s right, Tom Brady is back.

Now, there are some other moves worth mentioning. Carson Wentz is returning to the NFC East as a member of the Washington Commanders… Mitchell Trubisky appears to be the heir apparent to Ben Roethlisberger in the steel city… and the Jacksonville Jaguars have decided to go on a spending spree…

So with all of these moves, it does beg one question…
What are we to make of all this?
Well, for starters, the NFL has proven once again that this is a copycat league.

The Bucs pushed their chips to the center in 2020 by acquiring and building around a veteran quarterback, and were rewarded with hoisting the Lombardi trophy for the second time in franchise history.

The very next season the Los Angeles Rams did them one better by trading their former number one overall pick, Jared Goff, and multiple future first round picks, in exchange for a simple upgrade at quarterback with Matthew Stafford… which again paid off with a Super Bowl title.

Now, the Cleveland Browns and Denver Broncos believe they are the next Super Bowl destined team that is just one quarterback away.

However, when you take another look at the quarterback landscape in the AFC, it becomes clear pretty quickly that there will no be easy path to Super Bowl LVII…

Patrick Mahomes, Josh Allen, Joe Burrow, Lamar Jackson, Justin Herbert, Russell Wilson, Derek Carr and a host of young signal-callers will have to run the gauntlet in the conference just for a chance at the games biggest prize.

What will be the next all-in move in the midst of this arms race in the NFL?
Who knows…. but one thing is for sure.

This whole new NFL… is certainly fun to watch.