Thoughts On The Orioles Signing Jordan Lyles; And His Slider 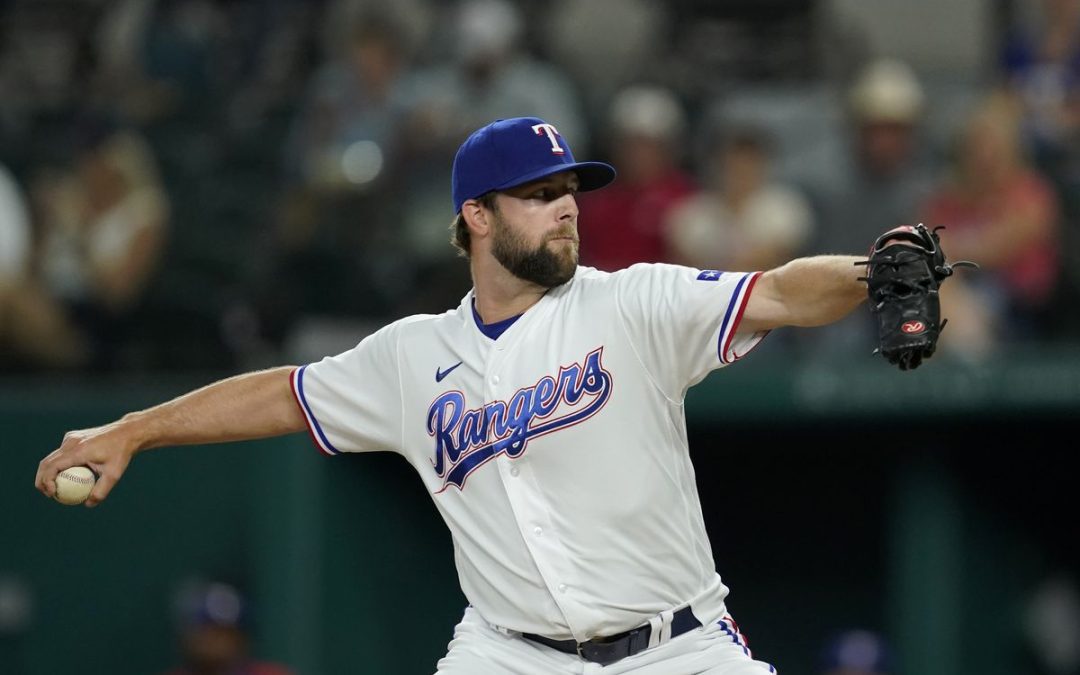 I picked a fantastic time to start sticking to a regular routine of posting a Monday column here at Baltimore Sports and Life. I make it two-straight weeks after a long layoff and here we are…in the midst of a lockout.

But let’s talk about what went down just before rosters were frozen and all proof of the existence of major league baseball players were wiped from MLB.com.

The Baltimore Orioles signed/tendered contracts to all six arbitration-eligible players (that’s good), infielder Rougned Odor (who is apparently 27, not 35) was signed (I mean…fine), and the Orioles gave fans what we’ve been clamoring for…they handed out $7 million to a starting pitcher, the largest free agent contract handed out by Mike Elias since he assumed his position. Well, it’s not technically official yet, but will be whenever the league resumes business.

To be honest, when I woke up last Thursday morning and saw that the Orioles had signed Lyles, I was actually much more interested in figuring out who Denyi Reyes was, a former Red Sox minor league pitcher who was signed to a minor league deal at the same time (full Sox Prospects scouting report on Reyes, for the fellow sickos out there).

I just can’t get worked up about the Lyles signing as some have and think there’s a decent chance of this move slightly improving the major league rotation woes. We’re talking about only an incremental improvement, but still a step forward. And remember, there are still plenty of arms available in free agency, and maybe we even get a trade. Who knows. This doesn’t have to be the ONLY move here, but I know it’s very difficult to convince many Orioles fans otherwise.

Did the Orioles overpay here? Probably. When the Minnesota Twins can land Dylan Bundy for $5 million and Boston can land Michael Wacha for the same price Baltimore paid for Lyles, I’d call it an overpay. I’m not a huge fan of the signing, but let’s spike the eggnog a little more than usual and try and find some positives with this move.

Maybe this turns out ok. The 11-year veteran is coming off a season with Texas where he logged 180 innings. In 2019 he logged 141 total innings with Milwuakee and Pittsburgh, putting together a career-best performance with the Brewers (7-1, 2.45 ERA, 56/22 K/BB). The obvious hope here is that Lyles can be counted on to take the ball every five days and routinely give you 5-6 innings or more of work. Only John Means, Matt Harvey, and Jorge Lopez threw more than 100 innings for the Orioles last season, with Harvey back on the free agent market and Lopez, hopefully, ticketed for a role out of the bullpen where he really impressed before going down with a season-ending injury.

Orioles starters couldn’t work deep into games, a promising bullpen continued to be heavily taxed early in the season, and the team was forced to keep the Baltimore-Norfolk shuttle constantly running. If pitchers like Lyles can be added to the rotation, we get a more rested bullpen that better lives up to their potential, we see younger prospects kept in Triple-A until they are fully ready instead of having them come up to make constant spot starts, and we see fewer starts from guys like Konner Wade until real needle-moving trades are made and some pitching prospects emerge.

The Orioles are also in a slightly different position heading into 2022, in terms of high-level pitching prospects being just about MLB ready. Grayson Rodriguez is very close to the big leagues after firmly establishing himself as the top pitching prospect in baseball, DL Hall could be on track to debut late in the year, Kyle Bradish will be competing for a job out of camp, Michael Baumann worked through a few things and should be in the mix for a rotation spot, and we saw more prospects pitch well in Double-A last year, so there’s another wave of young arms not too far behind, with lefty Drew Rom leading that pack. If Lyles can be part of a bridge to this group, he’s done his job.

Lyles went at least six innings in 18 of his 32 appearances last season with Texas. In 15 of those 18 outings, he gave up less than three earned runs. So while he may have finished the season with a 5.15 ERA (5.34 FIP/4.73 xFIP) and surrendered 1.90 HR/9 IP (2nd highest mark in MLB behind Patrick Corbin’s 1.94/9 IP), he threw a quality start in nearly 50% of his starts. In fact, both his QS% and home run rate were almost equal to that of what we saw from John Means last season (that’s not my attempt to make a one-to-one comparison so please put the pitchforks down).

If Lyles can get to 150+ innings, and another veteran, preferably two, are brought in, the up and coming prospects can be held back until they are truly ready for the big leagues and after seeing the big improvements from pitchers up and down the system in 2021, that will be a major boost to the future of the organization.

But what about the stuff? Can Lyles survive a full season pitching at Camden Yards and against AL East competition? Early in his career, Lyles did a much better job of limiting home runs and keeping the ball on the ground with GB rates routinely hovering around 50 percent, plus or minus a few points season to season. Surprisingly, the decline in these two areas started after leaving Colorado, where Lyles was worth 2.2 fWAR across three-plus seasons.

There were some pitch usage changes Lyles incorporated in the month of September. He started using his slider more, just a tick over 26 percent of the time, one his highest usage rates for the slider in a given month since 2016. Opponents hit .138 against the pitch with a .172 slugging percentage, and whiffed 36.5 percent of the time. That whiff rate on the slider jumped about 10 percent over the final two months of the season, compared to the rest of the year.

Lyles worked extensively on crafting a revamped slider heading into the 2021 season and the work paid off. It took until closer to the end of the season, but Lyles flipped his curveball/slider usage and found big success with the pitch, allowing him to throw fewer four-seamers, which weren’t super successful last season.

For reference, Lyles never averaged more than 4 inches of horizontal movement on his rarely-used slider going into 2021. Now, he’s getting 9+ inches more movement than the major league average and getting fantastic results. Just in the month of September, opponents recorded a wOBA of .183 against Lyles’ slider, good for the 38th lowest mark in baseball among the 168 pitchers who threw at least 200 sliders that month.

No one is expecting a 31-year-old Jordan Lyles to suddenly unlock something magical and turn into a big deadline trade chip for the Baltimore Orioles. 150+ innings with an ERA around his career-average of 5.21 would, as sad as this is, be a helpful asset to Baltimore’s rotation. But if there’s an opportunity to lean in on his new slider and create a plan of attack with a revamped repertoire, the odds of Lyles hitting those marks increase.