Thoughts On Valdez, Fry, and Sulser 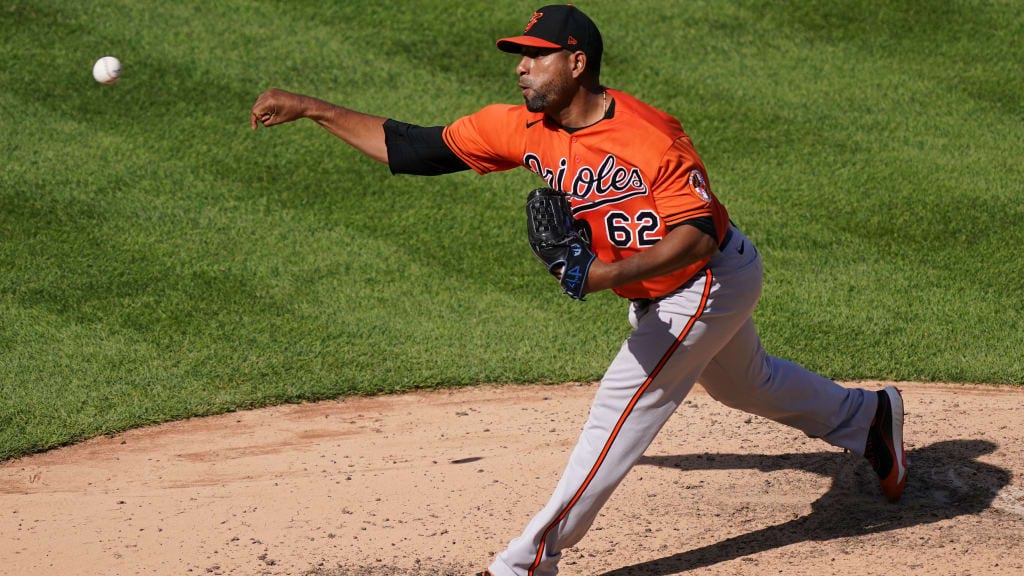 It might sound odd to hear but right now the strongest part of the Baltimore Orioles is their bullpen. The last two full seasons Orioles relievers have ranked 18th and 28th, respectively. That did change a bit last season, though the temptation with 2020 is to throw it in the trash, toss in a gallon of jet fuel, a lit match, and then, shoot it with a bazooka, just to be sure.  Assembling a bullpen can be a fraught task, and it’s one that some teams never seem to get quite right. This Orioles group has had a strong April though, which is a step towards actually being a strong bullpen. Are they?

Through Tuesday’s games, the Orioles relief corps ranked fourth in WAR and fifth in ERA. Those are some lofty numbers for a group that doesn’t feature a single pitcher making over $1 million. In fact, there is only one Orioles reliever making more than $600,000 (Shawn Armstrong if you’re curious). This is not the Yankees pen, but they’ve been almost as good as the Yankees pen. How? Are there any keepers? I’ll highlight some of the better relievers over the first month of the Orioles’ season.

Perhaps the most surprising is Cesar Valdez, who has pitched for almost every single professional baseball league in the world. Drafted by the Diamondbacks in 2005, he’s since pitched in Mexico, Venezuela, China, and the Caribbean. Of course Valdez pitched for Baltimore last season, putting up a 1.26 ERA in 14 innings, so his story might be familiar to O’s fans. Somehow though, as good as he was last season, and he was good, he’s been even better in 2021. Valdez has more more strikeouts and has cut his walk rate in half, all while raising his ground ball rate to an insane 62.1 percent. He’s done this while allowing exactly zero barrels from opposing hitters. Zero! His velocity and pitch mix look like something from a starter at a small college. He doesn’t break 90 ever and is usually around the mid-80s. How do you throw a changeup 81.3 percent of the time? I don’t know, but Valdez is doing it.

Valdez is a big part of this bullpen. So is what he’s doing sustainable? By the numbers it is. If you look at metrics like Expected ERA (xERA), FIP, or xFIP, they all say he should be giving up more runs than he is, but all of them also say he’s really good. As to more long term sustainability, that’s a tougher call. He’s 36 years old, throws incredibly slowly, and features really one pitch, so it’s tough to say this will continue to work for a long time. If he’s still pitching like this at the trade deadline, he might be a perfect guy to move for a big haul. Or, hold on to him and hope his magic keeps going for three more years. But probably the first one.

Cole Sulser pitched for Baltimore last season as well. In that 2020 season, he sported a walk rate and a strikeout rate that were so similar they could take each other’s tests at school. But pitching is weird and relief pitching is really weird. If pitching is dying your hair blue, then relief pitching is dying your hair blue, cutting it all off and gluing it all over your body. So with that painted squarely in your brain, Sulser, in 7.2 innings, has doubled his strikeout rate and lopped his entire walk rate off entirely. He’s struck out 12 of 27 batters without walking one.

How? Like Valdez, he’s not a velo king, but he can reach the low 90s. His fastball does’t overpower hitters, but it does have good rising action to fool hitters, thanks to an elite spin rate. He plays off the fastball with a split-change and a slider, so he’s the relatively odd reliever with three pitches who can face lefties and righties equally, and in fact, left-handed hitters are 0-for-9 against him this season. Sulser isn’t a free agent until 2026 and he’s just 31-years-old, so unlike Valdez, you might project him to be able to stick around a bit longer. You never know with relievers, things change quickly, just look at Sulser’s 2020 numbers, but through the first month, Sulser has shown himself to be a capable reliever. You never say no to a great offer, but right now Sulser is someone the Orioles probably want to hold on to.

The other outstanding arm has been Paul Fry. While Valdez and Sulser are righties, Fry is a lefty. Obtained for international bonus slot money from Seattle back in 2017, Fry appeared to be a fungible arm for the back of the bullpen, or at least a lefty who won’t get drilled by every right-handed hitter who steps into the batters box. It’s early still in the 2021 season, but Fry is putting up the best walk and strikeout rates of his career, and combined with a 70 percent ground ball rate, the result has been something close to bullpen perfection. All his ERA-type metrics start with a 1, ERA, xERA, FIP, xFIP.

What’s more, there’s nothing that jumps out at you as unsustainable. A 28-year-old lefty reliever with a 1.something ERA who gets tons of strikeouts, insane amounts of ground balls and doesn’t walk many? Where do I sign up!

This is a very good start for building a bullpen. There are a couple caveats, though. First, it’s just the first month of the season and relief pitching is notoriously streaky. Any or all of the above could completely fall apart for any reason or, seemingly, no reason at all. Only a few elite relief aces manage to pitch for multiple years at the level Valdez, Sulser, and Fry are now pitching. So things can change. Performances fluctuate. Injuries happen. But with that out of the way, the fact that this looks like the backbone of a strong bullpen, at least for the 2021 season, is a victory unto itself.