Tinkering Here And There With The Roster 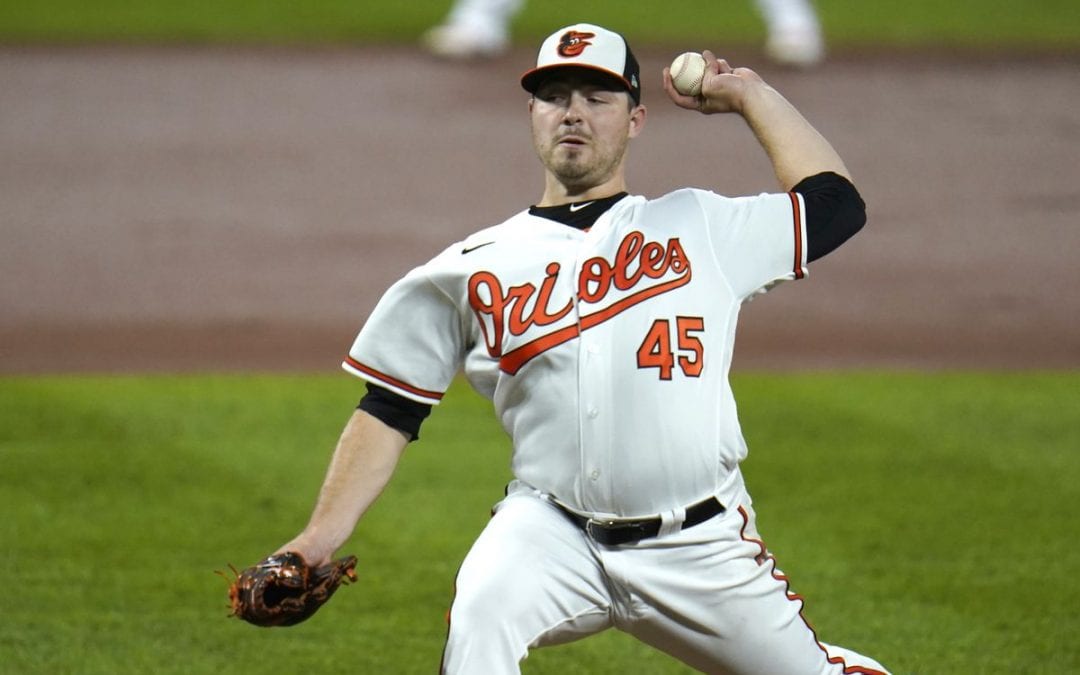 It was an encouraging start to the year for the Orioles. A sweep in Fenway is the definition of encouraging, in fact, but since then things have been more along the lines of what we might have expected, namely more losing than winning. That doesn’t mean there haven’t been worthwhile signs, because there have. John Means, Cedric Mullins, and Tanner Scott have all acquitted themselves well. The fact that the team is almost .500 with minimal contributions from the vast majority of their lineup and some rough ERAs from three out of five starters is perhaps a positive sign. So what could be done to move things along in a positive way? Here are some ideas!

Be Patient With Trey Mancini

Mancini’s return to health and baseball has been one of the truly great moments of the 2021 season. He fought and beat a terrible disease and has returned to the game he loves. It’s one of those stories that clouds your eyes and lifts your heart. But his struggles at the plate shouldn’t be surprising. Before the start of this season, Mancini last played a regular season game in September of 2019. There’s no way to fully prepare oneself for major league pitching without actually seeing it. It’s different than just the velocity you get in a batting cage, or even what you see from a mound in Spring Training. It would’ve been a great story for Mancini to burst back onto the scene as fully formed All Star hitter Trey Mancini, but that was never the likeliest scenario. And so, 11 games into the season, the organization owes him patience. There are other extenuating factors, the cold of the early season being one, but the Orioles are best served by doing everything in their power to get Mancini going again, whether that ultimately ends in a trade or as a long term part of the organization. So play him. Play him lots. Ignore his slash line and put him in the lineup as much as he can handle. Let his body remember what a major league fastball is like, how a major league curveball moves, and what it’s like to get ready for a game even though you’ve played every day for the last week. That’s what best serves both Mancini and the Orioles.

Find a Spot For Ryan Mountcastle

There have been some trying times for the best Orioles prospect to make the major leagues so far. There have been some, shall we say, iffy moments in left field. And with those have come some struggles at the plate, as Mountcastle is hitting .227 with a .647 OPS. It’s still just 11 games, so it’s very early, but the organization should be putting serious thought into Ryan Mountcastle’s future defensive home. It sure seems like it’s not going to be left field. It’s possible with a lot of work he could be passable out there, but what championship team wants a passable outfielder? And also it’s possible he’ll put in a lot of work and still won’t be good enough. Which would be bad. And Mountcastle is a good bat, but he’s not a special one, not the kind of bat that can totally overcome burying his team in bad defense.

Perhaps right now isn’t the time to cut bait on Ryan Mountcastle as a starting outfielder, but if not now and things continue on as they have been, it has to be soon. The Orioles are flush with potential starting corner outfielders, and many of them can actually play the position.

The Orioles know Mountcastle better than I do, but the dangers of putting a player in a position to fail are very real and can absolutely weigh on the mind of a young player. If Mountcastle is going to be a part of the next great Orioles team, his bat will be the reason why. Maybe it’s time to bow to that eventuality, take the weight off his shoulders, and put him in a spot where he can focus on making a positive impact in the way we all know he can make a positive impact.

Does anyone think Jorge Lopez will be pitching in the Orioles rotation in three months let alone three years? No. Of course not. Lopez has a live arm but his secondary pitches are weak and his command is lacking. Perhaps there’s a spot for his particular form of pitching in the bullpen where his fastball could play up a bit, but running him out there in the rotation to get splattered every five days doesn’t serve anyone. And doing it while Keenan Akin does… something else, doesn’t make much sense at all.

Don’t misunderstand, I’m not some Keegan Akin stan (I just learned what that means!) but there’s at least a chance Akin could start for this Orioles team for a few years, something we can’t say about Lopez. But we’ll never know for sure if Akin isn’t given the chance and right now that chance is being used on Lopez. The Orioles should be using their time in 2021 to develop their future core, and while Akin is unlikely to be in that core, there’s a chance he could be and the team owes it to themselves and him to see if he can fulfill that potential.

The Orioles must like Rio Ruiz. There’s a reason. I’m sure of it. But try as I might, I can’t figure out what it is. I’m sure he’s a nice person, but the on the field production is lacking. It seems he can play second base defensively, something I didn’t think he could do, at least not this well, so kudos to him on that. So OK he can play a decent second base, but he’s hitting .125/.222/.219 and striking out 33 percent of the time. As David Cross likes to say, there has to be a better way!

Perhaps that better way is giving Ruiz’s playing time to one of the two 23-year-old second baseman in the Orioles system, Terrin Vavra and Jahmai Jones. Maybe neither is ready, but it’s almost certain both could improve upon Ruiz’s production, and it’s not like either is extremely young. Both can field the position and have potential, something Ruiz lacks. Will either be a championship caliber second baseman? Who knows! We won’t know for sure unless they get a chance at major league pitching. We know Rio Ruiz isn’t that guy for the Orioles and once we have that information it’s probably time to move things along. It’s unlikely Vavra or Jones will be damaged by coming up to the majors at their age and with their level of minor league experience, and it’s quite possible the Orioles will learn valuable information about their players and how it pertains to the organization’s future at second base in the process.

So there you have it. Move on from Rio Ruiz. Keep running Trey Mancini out there. Consider moving Mountcastle out of the outfield permanently, whether to first base or DH or a combination of the two. And let’s see Keegan Akin already!