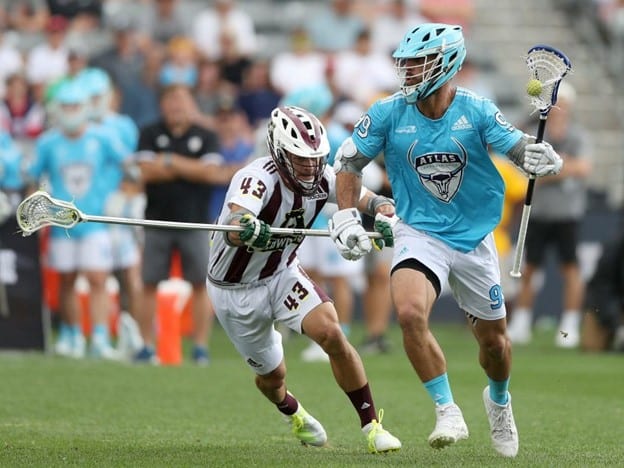 THE COLLEGE LACROSSE SEASON IS WRAPPED UP

The college lacrosse season ended this past weekend as Virginia took down UNC and then Maryland en route to winning their second National Championship in a row, becoming the first back-to-back winner since Duke in 2013 and 2014.

Just like the Hoos turned it on in 2019 on their championship run, they did so once again this past weekend (and month for what it’s worth), beating Bryant, #5 Georgetown, #1 UNC and #3 Maryland. Led by the St. Paul’s graduate Alex Rode in goal, Virginia got plenty of offensive contributions from freshman Connor Shellenberger, Matt Moore, Ian Laviano and Peyton Cormier. But despite how lethal this crew was, and Shellenberger delivered an awesome performance in the championship game, scoring 4 goals and adding 2 assists, it was the defense that was able to slow down the nation’s best player in Jared Bernhardt.

Bernhardt was able to put in 2 goals and add 3 assists but was quiet after he put his second goal in with 6:25 remaining in the second quarter. He only added an assist thereafter and was a non-factor when Maryland needed him most early in the fourth. After the game was tied at 11, Virginia went on a 5 goal run late in the third and to start the fourth to take a 16-11 lead. And when many thought Bernhardt would emerge to lead Maryland to their undefeated season, it was the others on that offense that brought Maryland back into the game. Wisnauskas (Boys’ Latin) scored 5 goals on the day and was big in the third quarter. Along with him, Maltz, Demaio and Fairman led the fourth quarter run to make it a game again. But the biggest moment came with under a minute to play. Demaio scored his second with 11 seconds to play and Maryland’s Luke Weirman (who was huge for Maryland all day winning 14/30 faceoffs after replacing Justin Shockey) won the ensuing faceoff, drove right down to the goal and was stuffed by Alex Rode with four seconds as Virginia heaved the ball to the other end and began their celebration.

The game was one that lacrosse fans have been longing for the past two years. First time watchers saw a game that can deliver the sport more fans. The ending to the D3 and D1 championships were easily the best back-to-back lacrosse games that I can remember.

In dominating fashion, Le Moyne completed their undefeated 15-0 season with a 12-6 win over Lenoir-Rhyne in the D2 Championship. It was Le Moyne’s sixth National Championship and third since 2013.

In the D3 world, RIT took down Salisbury for their first ever championship in one of the crazier endings I have watched in a while. With less than 30 seconds to play, Salisbury committed interference at the mid-line and RIT raced down to tie it up with 14 seconds to go.

Later on in double OT, they won it off an amazing feed and finish on the crease. Salisbury and RIT are now 1-1 in National Championships against one another, and considering the strength of both programs, I wouldn’t be surprised to see them both back in the Championship again soon.

Boston College is The Women’s Champ

Charlotte North, widely declared the best player in ALL of college lacrosse, led her BC Eagles to their first National Championship. The senior from Texas scored 6 goals in the game and finished the season with the record for goals scored in a season in D1 men’s and women’s. She finished with 102 goals and should win the women’s Tewaaraton trophy.

With that, the 2021 college lacrosse season is officially wrapped up and the Premier Lacrosse League’s third season is on the horizon. What more for lacrosse fans to get more lacrosse all summer. After playing their 2020 season in Utah, the PLL is set to go back to their touring model, hitting 11 cities this summer from June 4th through September 19th. Their schedule will consist of 7 regular season weekends (with some teams playing two games per weekend after adding their 8th team the Cannons), one All-Star weekend in July, and three playoff weekends (Utah, Philly, DC).

Each team has released their 25 man roster for the upcoming season. There have been plenty of additions and subtractions from each team and it is hard to tell like the past two years which teams will mesh together the best.

There is plenty to look forward to in this PLL season. Some major storylines include the merger, the deepest draft class in history (?), and the chance for a three peat.

The PLL and MLL merged this past offseason as the MLL fizzled out and the PLL has gone full steam ahead at being the main professional outdoor lacrosse league. With that, we get tons of MLL talent that was drafted onto each team. Names like Lyle Thompson, Dan Bucaro, Randy Statts and Colin Heacock will be playing in the PLL this summer. The Cannons, Paul Rabil’s original team in the MLL was the team selected to merge and will be a PLL team this summer, making it an even 8 teams. It is exciting to see both leagues come together as one and compete for the same trophy this summer.

With college players getting an extra year of eligibility, it has put a little bit of a twist onto the PLL College Draft, making it one of the deepest professional lacrosse drafts in history. The Hofstra grad Ryan Tierney who consistently pumped out absurd goals this spring was the last pick of the second round. The talent that the 8 PLL teams gained this offseason is off the charts. For the full list of draft results see this link.

The Chance for a Three-Peat

And I think the biggest storyline of them all will be the games we get to watch over the next four months, as the Whipsnakes have the chance to become the first professional outdoor team to win three straight championships. Coach Jim Stagnitta said in a press conference this week that this will never be on the mind of the back-to-back champions, but I tend to disagree with that just a bit.

There are going to be a ton of eyes on the PLL this summer, especially now that former Super Bowl champion Chris Hogan made the Cannons roster and will be playing his first game at Gillette Stadium Friday night at 7pm. The talent is the best it’s ever been, the league is bigger than it has ever been. The season is longer than the three week bubble season we got to see last summer. For the past two years, the Whipsnakes have taken the crown, let’s see if they can go for the 3 peat.

For the betting man, plenty of sports books including DraftKings are now including a slew of lacrosse lines, which I think is really cool.