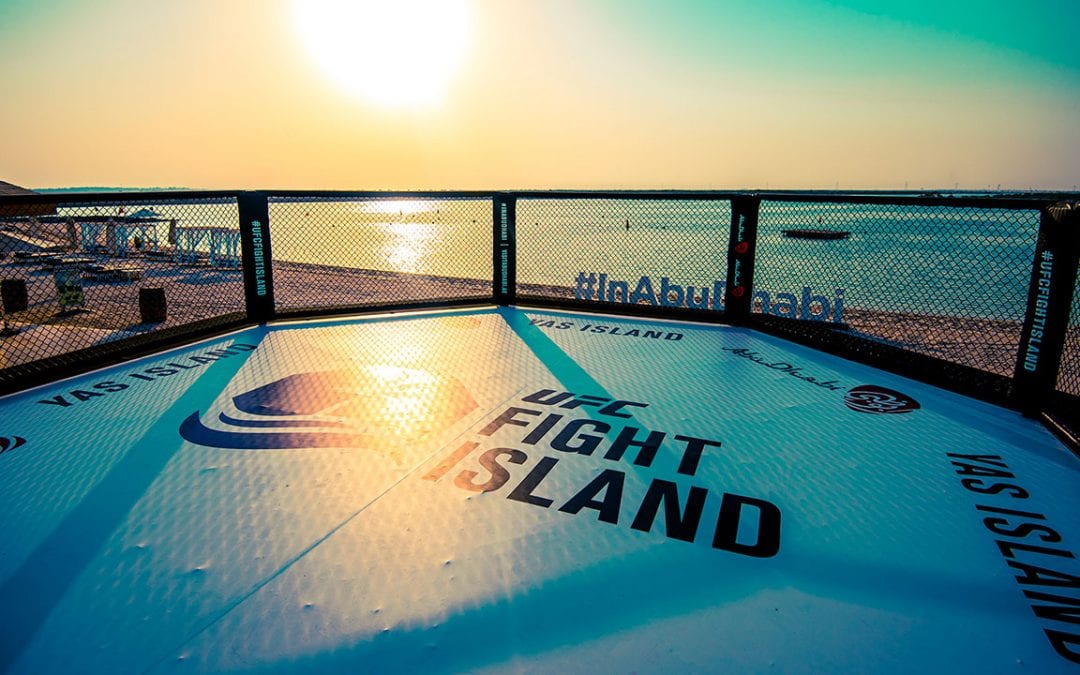 Back when the Coronavirus pandemic first hit the US in March UFC president Dana White was quite dismissive of it. In fact he literally dismissed ESPN’s Marc Raimondi when he asked him a question about it at a press conference for UFC 248. Despite every other sport in America and most in the world shutting down the UFC planned to move full steam ahead, looking into holding events at Tachi Palace, a casino located on a Native American reservation which are outside of the jurisdiction of state athletic commissions. Eventually their TV partner, the Disney owned ESPN, shut them down and they had to cancel three planned events. That didn’t stop White from downplaying the seriousness of the pandemic with quotes like “think about this: Go online and look at some of these people – and this isn’t a knock, this is just a fact: The weakest, wimpiest people on earth cover the biggest, baddest sport on earth” and “I’ve had a great run. If the coronavirus is what’s going to get me, I’m ready. Bring it. I’m ready, corona. Come get me.”

The UFC eventually came back on May 9th with a great card they were able to put together with previously agreed to matches combined with some short notice fights. That card and two others took place in Jacksonville, Florida in the span of a week. During this stretch Dana White caught everyone’s attention by bragging that they were in the process of buying an island to hold fights on so that they could be in complete control of the health and safety standards and be able to fly in international fighters who couldn’t gain access to the United States. It seemed far fetched even eliciting a few segments focusing on it from the John Oliver show on HBO. The hashtag UFSea was born and the whole thing seemed like a joke. Well after a month of holding events at their personal APEX Center in Las Vegas the month of July finally brings us to Fight Island. Its not exactly as Dana advertised it, it’s actually being held in an arena in Abu Dhabi where the UFC has already been (Yas Island… see, it has island in its name!), but they are putting together four nights of fights during the month with mostly an international flavor.

The UFC is kicking things off on Fight Island with an incredibly stacked pay-per-view that includes three title fights. While you can make a very easy argument that the wrong contender received the nod to challenge for their respective belts, at least for two of the three, there is no denying that they should be entertaining, competitive bouts. In the main event is Kamaru Usman defending the welterweight belt against teammate Gilbert Burns who has been the breakout star of the ‘quarantine era’. This will be his third consecutive fight in front of no fans having previously knocked out Demian Maia and dominating former champion Tyron Woodley over five rounds. Usman’s pressure and wrestling ability should give him trouble but he has improved his striking and has always been a great submission grappler. With Jorge Masvidal holding out for a much deserved bigger piece of the financial pie, Burns makes the second most sense as the ‘shut down star’. In the co-main event is a featherweight rematch between Alex Volkanovski and Max Holloway. The first fight was competitive but not exactly close as Volkanovski edged almost every round against the arguably best 145 pounder of all time. Immediate rematches tend to not be much different than the original but if anyone can buck that trend its Holloway.

The biggest travesty when it comes to deserving contender is the first title fight viewers will see. With ‘Triple C’ Henry Cejudo surprising everyone by retiring following his bantamweight title defense against Dominick Cruz at UFC 249 the promotion rushed to fill that vacancy. The obvious fight to make was rising prospect Petyr Yan against the constantly improving and well rounded Aljamain Sterling especially after he submitted Cory Sandhagen in 88 seconds at UFC 250. If not Sterling then Marlon Moraes who has won five out of his last six with his only loss coming to Cejudo in a fight he clearly won the first round. He also knocked out Sterling in brutal fashion during that stretch and beat the guy they ultimately gave the nod to, Jose Aldo, in his last fight. Instead they give the featherweight legend Aldo a shot to win a belt in a second weight class despite losing his only previous fight in the division, coming off a two fight losing streak, and going 2-4 over his last six fights. Even with all that said this is combat sports and Aldo is still a great fighter so he has a real shot to win. Rounding out the main card of the PPV are two good women’s fights: a rematch between two former strawweight champions, Rose Namajunas vs. Jessica Andrade, and recognizable name Paige VanZant against the up and coming Amanda Ribas.

Things fall off a bit for the sequel to Fight Island. Its more of a filler card that is designed to make sure fighters that are owed fights get them but thats not to say there is nothing of value here. The main event is an interesting featherweight match-up between two under the radar contenders. The winner probably doesn’t earn a title shot but will put themselves in a position where they could be a win away. Kattar is an excellent boxer who is coming off an excellent knockout of the always tough Jeremy Stephens and has won three of his last four fights. Ige lost his UFC debut in January 2018 but has won six in a row. He is coming off of a split decision win over former lightweight contender Edson Barboza. Also on this card is Frankie Edgar’s long awaited bantamweight debut. The former lightweight champion and featherweight contender has a tough test against Pedro Munhoz, a hard hitting granite chinned brawler that also has good submission skills. Another fight of note is a women’s strawweight fight between former champion Carla Esparza and solid prospect Marina Rodriguez.

This event is similar to the previous one except it has a title fight in the main event and a great co-main. Figueiredo and Benavidez first fought for the flyweight belt in February following Henry Cejudo vacating the belt to focus on bantamweight and ultimately retiring. Figueiredo knocked out the veteran in the second round but remained uncrowned due to missing weight. Benavidez has become known as one of the best fighters to never win a championship, like Michael Bisping before he finally broke through against Luke Rockhold. Always the bridesmaid, never the bride. But because of the circumstances in their first fight and the lack of another serious contender Benavidez gets another chance at the altar. Figueiredo is a wild man with serious power in his hands (and theres no guarantee hes going to make weight this time around) but Benavidez has proven to be a smart fighter that can adapt. The co-main event is a great middleweight fight between two guys who were recently in title contention. Kelvin Gastelum lost to champion Israel Adesanya in 2019’s fight of the year and then came back to lose a close decision to Darren Till. He gets a chance to put himself back in the win column against Jack Hermansson who got knocked out by Jared Cannonier last September, ending a four fight win streak.

Even though the event on the 18th has a title fight, the main event here on the 25th is my most anticipated bout on the Fight Island lineup. Robert Whittaker hasn’t fought since he lost his official middleweight belt to Israel Adesanya (Adesanya held the interim belt). It was a devastating knockout after he came back from multiple injury layoffs and led to him taking a hiatus to regroup and recover. He said he was suffering from burnout due to over-training and needed to regain his love for the sport. I’m guessing that is now the case since he accepted a fight with former welterweight top contender Darren Till. Till is coming off of a close decision win over Kelvin Gastelum in his middleweight debut putting himself in title contention immediately. A win over Whittaker would give him a great case to be the next contender to Adesanya’s throne. Both fighters are excellent strikers but Whittaker should have the edge due to his wrestling ability. The only thing that could have me pick against him is the possibility that the injuries and damage hes taken has taken its toll on top where his head could be following a nine month layoff. A couple other fights of note is Alexander Gustafsson’s heavyweight debut against former champion Fabricio Werdum and a senior tour special between Shogun Rua and Antonio Rogerio Nogueira.