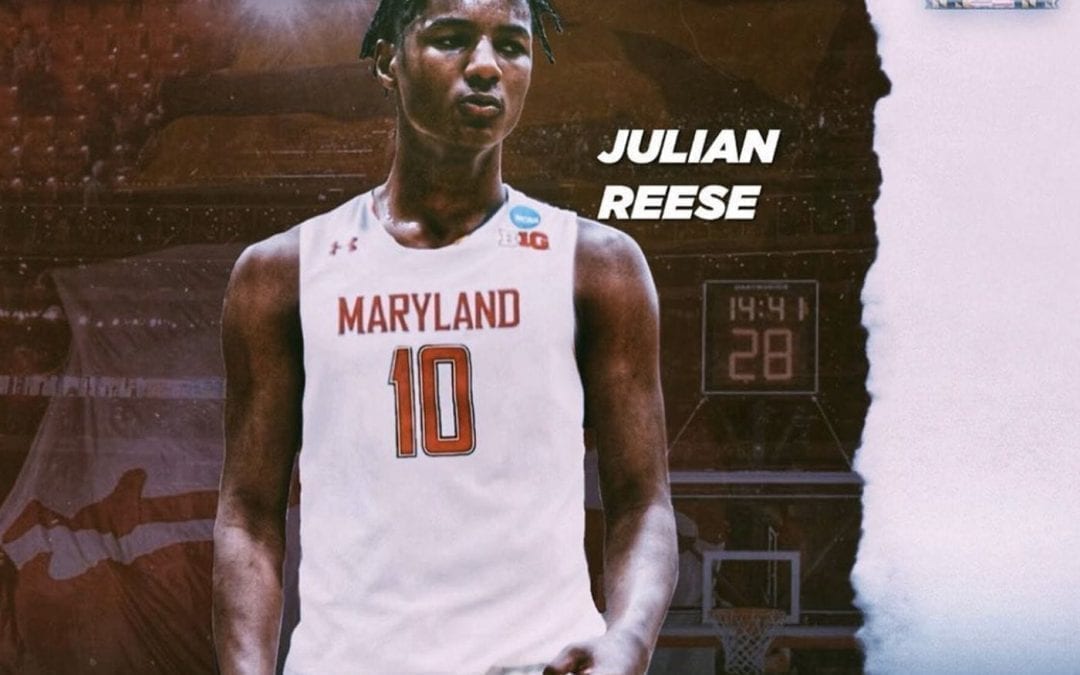 As the Coronavirus pandemic changes the way college coaches recruit due to visiting restrictions, one thing that has seemingly not changed are the expectations fans have when it comes to filling classes with as much talent as possible.

Maryland basketball fans are waiting to have their expectations met when it comes to the Terps’ 2020 class.

Recruiting has been a struggle for head coach Mark Turgeon and his staff over the past couple of months. After a slew of transfers, a senior point guard graduating, and an All-Big Ten forward declaring for the NBA Draft, the Terps find themselves with two scholarships available but are having a hard time finding takers.

This is a particularly odd situation for a team coming off of a Big Ten regular season championship, a top-15 finish nationally, and with plenty of playing time available at key positions.

The spring got off to a decent start for Turgeon with the signing of Boston College transfer forward Jairus Hamilton, but the 6-foot-8 forward is still waiting to hear about an NCAA waiver that would make him eligible to play next season and he does not fill the voids left by the Terps’ leading scorers from a year ago, Anthony Cowan Jr. and Jalen “Stix” Smith.

Hamilton is a fine player who averaged 9.5 points and 4.3 rebounds for Boston College last season and he will see heavy playing time in College Park regardless of when he’s eligible to play. But he is far from the dynamic player that both Smith and Cowan were.

However, Hamilton should be able to provide more than little-used forward Ricky Lindo Jr. and lesser-used forward Joshua Tomaic, who each transferred out of College Park this offseason with Lindo going to George Washington and Tomaic San Diego State.

Whether it be from the high school ranks or via college transfer, Turgeon has scored some big recruiting wins this time of year in the past — Chol Marial, Robert Carter Jr., Richaud Pack, Diamond Stone, and Justin Jackson to name a few.

Since landing Hamitlon, Turgeon has been 0-for on recruits and has only dipped back into the transfer pool one more time by landing Alabama grad-transfer Galin Smith.

Smith will join Hamilton in the frontcourt and comes to College Park after starting 20 career games in three seasons for the Crimson Tide. While Smith was efficient around the rim, scoring on 56.4 percent of his attempts, he wasn’t known for being a difference-maker in Tuscaloosa.

Smith averaged 12.8 minutes per game in 94 games for Alabama and averaged 3.1 points and 2.5 rebounds per game as a junior last season.

Currently, Maryland has four newcomers that will join the program come fall — Hamitlon, Smith, Marcus Dockery, and Aquan Smart. But that group doesn’t appear to have a Cowan or “Stix” Smith in it. Turgeon is still searching for the players that will fill those voids.

Turgeon has had difficulty landing his top recruiting targets in the 2020 class. Maryland has seemingly fallen out of favor with Karim Mane, a Canadian prospect who was pegged as Turgeon’s top guard target early in the cycle. The Terps have also missed out on Radford transfer Carlik Jones and Harvard transfer Bryce Aiken when it comes to finding a guard that can complement Eric Ayala and Maryland’s other guards right away.

In the frontcourt, Maryland struck out on Yale transfer Jordan Bruner and VCU transfer Marcus Santos-Silva as well as 7-foot high school prospect Adama Sanogo, among others, before recently landing Smith.

Smith and Hamitlon are big, athletic bodies that will give the Terps solid minutes in the post, but neither project to provide the type of presence down low that Maryland has come accustomed to over the last three years with Bruno Fernando and “Stix” Smith.

Turgeon is running out of options to fill that role for next season. Four-star 2021 center Franck Kepnang could reclassify to 2020 and is a blue-chip recruit that Maryland is pushing hard for. However, he will be a tough pull with just about every top program in the country trying to woo the Westtown (Pa.) School product.

Turgeon is also one of the handful of college coaches to recently reach out to Polish 6-foot-10 center Szymon Zapala, who averaged 7.5 points and 5.1 rebounds a game during the FIBA U18 Division B European Championships last summer and could step in right away next season.

The well is certainly beginning to run dry when it comes to possible 2020 additions, but Maryland is off to a strong start with its 2021 class.

Four-star wing Ike Cornish could be the next to commit to Maryland’s 2021 class. The 6-foot-6 sharpshooter out of Greenville (S.C.) Legacy Charter, released his top six May 16, which included Maryland as well as Rutgers, St. John’s, Georgetown, Virginia Tech, and Xavier. With his shortlist of schools, Cornish also announced that his commitment date will be on his birthday Aug. 21.

Some other recent 2021 offers include North Carolina three-stars Eric Van Der Heijden and D’Marco Dunn. Van Der Heijden is a 6-foot-8 wing with athleticism and a sweet stroke from deep. Dunn is a 6-foot-3 shooting guard that averaged 20.4 points and 7.2 rebounds for his high school team last season.

The Terps have also recently offered Milwaukee forward James Graham Jr. — a 6-foot-8 wing who can shoot from the outside and is starting to receive more high-major interest.

But besides Cornish, the Terps are perhaps best positioned with Potomac (Md.) St. Andrews School four-star forward Benny Williams when it comes to the 2021 class. Williams recently released a top four of Maryland, Syracuse, Miami, and Georgetown, but it’s believed that the Terps and Orange are the frontrunners.

With Maryland in good shape with several frontcourt and backcourt targets in the 2021 class, next year could be when we really start to see some of the roster’s current holes get filled.