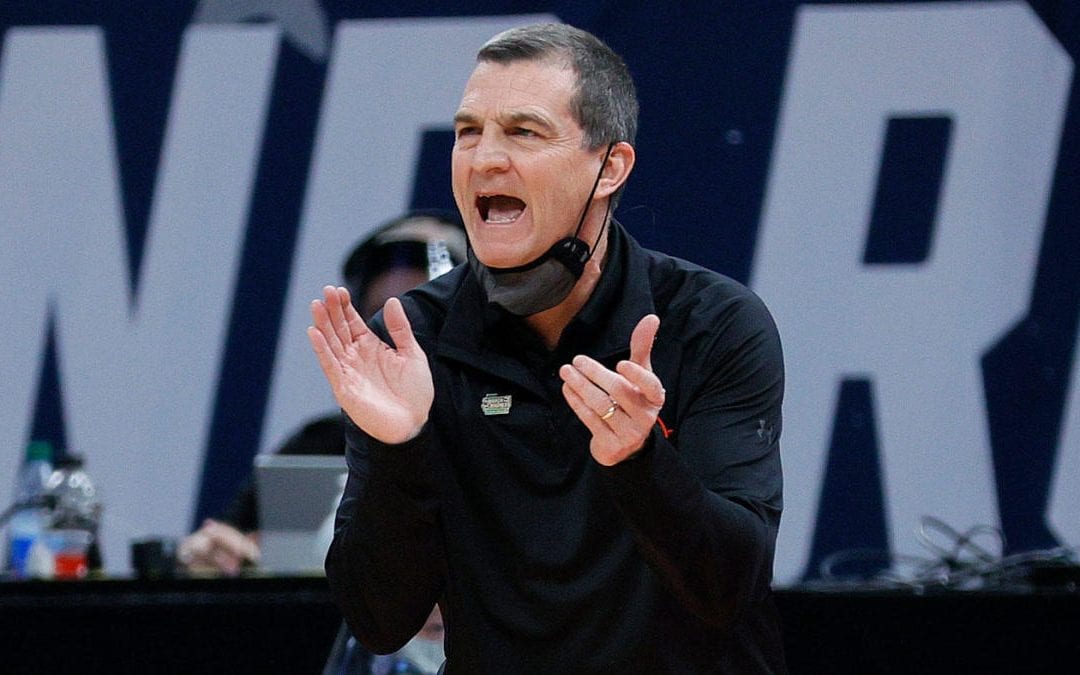 For all the flack Maryland basketball head coach Mark Turgeon has received in recent years, he perhaps deserves some serious credit for the team he’s putting together for the 2021-22 season.

Not only did Turgeon lock up a contract extension this offseason, he also reloaded the roster for the Terps by way of the transfer market and a solid recruiting class.

For all the dysfunction this Maryland team seemed to have at times last season and all of the unknowns the Terps faced after being bounced in the Round of 32 of the NCAA Tournament, Turgeon has produced a team that fans in College Park can get excited about. In fact, Big Ten Network’s college basketball guru Andy Katz recently picked Maryland to finish first in the Big Ten next season.

So let’s take a closer look at the state of Maryland basketball and what we can expect next season.

Fatts Russell: Probably the biggest addition of the offseason, Russell spent the last three seasons at Rhode Island where he excelled at both ends of the floor for the Rams. At just 5-foot-10, 165 pounds, what Russell lacks in size he makes up for in speed, grit, and talent. He averaged nearly 15 points, 5 rebounds and 5 assists last season while becoming Rhode Island’s program leader in assists. The former First-Team All-Atlantic 10 floor general will play a pivotal role as the primary ball handler for the Terps. Even if Eric Ayala returns after testing the waters of the NBA Draft, Russell will certainly split time at point guard or perhaps become the lead dog there and let Ayala play a little more off the ball. Russell’s superb perimeter defense will make it hard to keep him off the floor.

Qudus Wahab: Maryland desperately needed a big man this offseason and they got one. After having no post presence last season, the Terps will have their bonafide center down low next season thanks to the transfer of Wahab. The 6-foot-11, 237-pound former Georgetown center is coming off of a sophomore season in which he averaged 12.7 points, 8.2 rebounds, and 1.6 blocks per game. Wahab will be crucial to Maryland’s success next season.

Ian Martinez: At the end of April, Maryland continued its transfer portal success with the addition of Martinez, who transferred from Utah. As a freshman with the Utes last year, Martinez averaged 5.2 points while shooting 49.5% from the field. He also had an impressive performance against USC where he scored 18 points against the Trojans in the Pac-12 tournament. He won’t be a starter, but he provides some really nice depth in the back court for the Terps.

Ike Cornish: Cornish is a 4-star wing from Baltimore who plays his high school ball at Legacy Earl College in Greenville, South Carolina. He finished in the top 100 in Rivals.com’s final rankings for the 2021 class, coming it at No. 94 on the list. If Aaron Wiggins and Darryl Morsell both don’t return to College Park next season, Cornish’s will provide much-needed depth on the wing.

Julian Reese: Reese also finished in the top 100 of Rivals’ final rankings. He was one of the spring’s biggest risers in the rankings, previously coming in at No. 88 but recently moving to No. 79 nationally. Also like Cornish, Reese is a Baltimore native and a 4-star recruit. Although he played a condensed season with St. Frances Academy, Reese had several big games and earned himself Second Team all-league honors.

Simon Wright: Maryland’s most recent addition to its roster comes by way of another transfer, but this one will be a walk-on rather than on scholarship. As a senior at Elon this past season, Wright averaged 5.1 points and 2.9 rebounds per game. He’s a 6-foot-7 wing who shot 37.5% from beyond the arc and should provide the Terps with an athletic body off the bench who can play some defense and knock down a shot every once in a while. He’s also saving the team a scholarship.

Darryl Morsell: Turgeon said as recently as two weeks ago on 105.7 that he does not expect Morsell to return next season. When a coach comes out and says something that is declarative instead of beating around the bush, it’s usually a sign. With that being said, the final scholarship the Terps have left could very well be used on a player with a similar skill set to Morsell.

Aaron Wiggins: Wiggins has made it pretty clear that his goal is to be a first round NBA draft pick. There aren’t really any mocks that have him going in the first round this year, so I’d say there’s a good chance we see him back in a Maryland uniform for another season. Things could change between now and the 2021 draft if he impresses some scouts with workouts, but several 2022 mock drafts have Wiggins going in the mid-to-late first round so he might feel safer going that route.

Eric Ayala: Not going to waste too much time on this one, as I don’t think anybody realistically believes Ayala is going to be drafted this year. He’s testing the waters but he will in all likelihood be returning to college for his senior season. If he’s unhappy at Maryland for any reason, he could test the transfer market with the laxed rules there, but my bet is on him still being a Terp. He is from Wilmington, Del., and likes to be able to have friends and family come see him play at Maryland.

Meikkel Murray: The former Central Michigan wing who averaged 15.6 points, 6.1 rebounds, and 1.1 steals per game last season is Maryland’s biggest transfer market target. The 6-foot-6 NYC native would bring a similar style of game to the floor as Morsell did with perhaps a more natural knack for scoring. He’s very athletic and brings a lot of energy to the floor, like Morsell. However, the Terps will have to fend off other contenders such as St. John’s, Utah, Iowa State, Oregon State, and Arkansas.

Alondes Williams: An Oklahoma grad transfer, Williams is 6-foot-5, 200 pounds and would also play a similar role to that or Morsell. The Milwaukee native who played two seasons of JUCO ball just outside of Chicago is tough and athletic. He’s a solid defender and can get a bucket when needed. Maryland has reached out, but so have schools like Marquette, Oregon, South Carolina, Texas A&M, USC, and Xavier.

Quincy Guerrier: One player the Terps have reached out to that isn’t similar to Morsell is this 6-foot-7, 220-pound Syracuse transfer, who averaged 13.7 points, 8.4 rebounds, and 1.1 blocks per game last season. He’s more of a frontcourt player than Morsell, but would play a huge role for Maryland if the Terps were to land him. But it won’t be easy as Alabama, Arkansas, Georgetown, Kentucky, LSU, Marquette, Oregon, and more have also reached out.