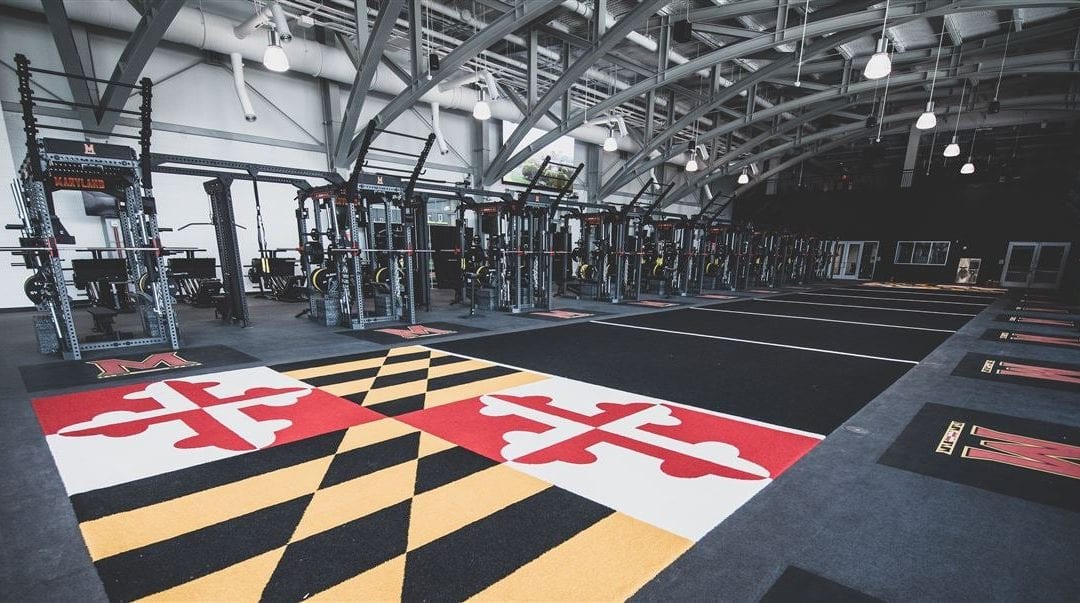 With the recruiting live period for both football and basketball beginning June 1, the Terps coaches in these respective sports have been hard at work reaching out to targets, hosting on-campus visits (man, that feels good to say), and building the future of Maryland athletics.

With the recently unveiled new football training facility, Terps gridiron targets have even more to take in during their recruiting trips to College Park. It’s been a busy first two weeks of the live period for Maryland. Let’s take a closer look at what the football and basketball teams have been up to recently.

Rivals released its updated offensive positional rankings last week and Terps 2022 quarterback commit AJ Swann saw a bump in his rating. Swann jumped from a 3-star to a 4-star and is now Rivals’ No. 13-ranked pro-style QB in the 2022 class. It seems like Mike Locksley & Co. have really found a steal here.

With an increased rating typically comes some added recruiting competition, which is what we’re seeing now with Swann. The Georgia native has hometown Georgia Tech coming after him hard because the Yellow Jackets have failed to land their quarterback in this current cycle. But from what I’m hearing Swann isn’t a really serious flip threat and is fully committed to the Terps. He was at the recent opening of the Jones-Hill House with several other recruits and he has switched all of his social media over to pro-Maryland profiles. Swann is now heading out to Los Angeles to compete in the Elite 11 finals.

Speaking of the Jones-Hill House, it is Maryland Football’s new big recruiting tool and it had a big opening event on June 4 that drew several local targets to campus. Wise (Upper Marlboro, Md.) quarterback Jayden Sauray and Archbishop Spalding (Severn, Md.) linebacker Kellan Wyatt joined Swann on-campus as recruits that are already committed to Maryland, and they were able to tour the new facility with Wyatt’s Spalding teammates Mansoor Delane (defensive back) and Lavain Scruggs (athlete) as well as DeMatha athlete KJ Winston. Delane and Winston already have official visits planned for later this month.

Some non-local recruits who made the still relatively short trip to College Park for the tour were Camden, New Jersey’s Amari Clark and Nyair Graham. The wide receiver and linebacker, respectively, are both committed to Maryland’s 2022 class. DeMatha defensive tackle Jason Moore and four-star defensive tackle out of Connecticut Will Norman were among a few 2023 targets also on campus to see the new facility.

As for the Jones-Hill House itself, it’s a 24,000 square foot football facility equipped with a state-of-the-art weight room, locker rooms, a players lounge, recording studio, and barber shop. The facility also has a fancy new sports medicine room that is three times bigger than what was in Gossett Field House. There is also a 10,000 square foot dining area on site.

This past weekend Maryland hosted three-star safety Peyton Williams and three-star offensive tackle Andre Roye for official visits. Roye is from St. Frances in Baltimore and is considered one of the Terps’ top targets because of their need at offensive tackle. Rutgers, Penn State, NC State, and Boston College are recruiting Roye hard and are considered Maryland’s main competition at this time.

Williams is from Rockwall-Heath High School in Texas. He is being courted by Colorado, Florida State, Michigan State, and South Carolina. So pulling Williams won’t be easy, but getting an official visit from him is a big step for the Terps.

Bullis School (Potomac, Md.) 2022 three-star cornerback Oliver Bridges is starting to narrow down his recruitment and he recently put Maryland on his top 4 list, which also includes Penn State, Rutgers, and Cincinnati. According to Rivals national recruiting analyst Adam Friedman, Bridges is working on setting up an official visit to College Park soon.

“Being a hometown guy, I’ve always been around Terps football,” Bridges told Friedman. “I feel like they’re building something special over there and it’s great to be nearby.”

Maryland’s top local basketball target so far in the 2022 class is four-star small-forward Cam Whitmore from Archbishop Spalding. He and four-star guard J.J. Starling both visited Maryland the weekend of June 5. Starling plays for high school hoops powerhouse La Lumiere in Indiana and is someone that could eventually earn a fifth star as a prized recruit. He’s already ranked in the top 50 for his class and is being sought after by the likes of Notre Dame and Syracuse, among others. Whitmore has schools like Connecticut, Creighton, Florida, Georgetown, and Illinois on his tail, but Maryland appears to be the favorite to land him as of now. Still likely plenty of time left in each of their recruitments, though, as AAU season gets in full swing. Basketball recruits often take longer to commit than football recruits, but are much less likely to flip their commitment once they give their verbal pledge.