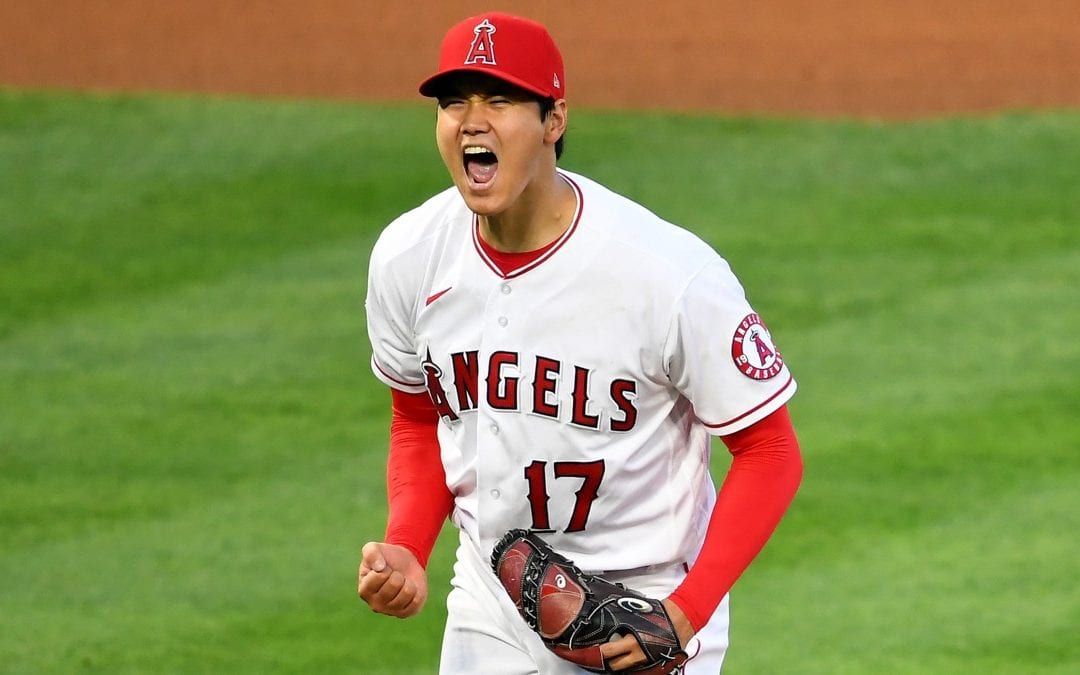 The AL West has the best center fielder since Willie Mays and the best two-way player since Babe Ruth in Mike Trout and Shohei Ohtani. It also saw the #4 prospect in baseball make his debut less than two weeks ago when the Seattle Mariners called up Jarred Kelenic.

However, I don’t want to start my article focusing on any of these guys. Instead, I want to tell you about an outfielder for the Texas Rangers you might not have heard of: Adolis Garcia.

Garcia finished April with a .242/.282/.515 slash line, which demonstrated some pretty solid power but was hardly anything to write home about. Then, the calendar turned to May and the outfielder became one of the best hitters in the sport. His .329/.367/.671 slash line has produced a 1.037 OPS, which ranks eighth in baseball and is the best in the AL West.

The Texas outfielder has also quickly shown he’s able to come up clutch, delivering a walk-off homer on Friday and following it up with a walk-off single on Sunday to give him quite the impressive weekend against the in-state rival Houston Astros.

Looking at his Statcast percentile rankings, he’s been doing everything you could ask for in a hitter besides cutting down on the strikeouts and getting better at taking walks. Anyone who is above the 90th percentile in average exit velocity, hard-hit percentage and barrel percentage is not getting fluky results at the plate. The fact that Statcast also rates his speed and fielding so highly makes Garcia a player who might only be more walks and fewer strikeouts away from being flawless.

While I doubt Garcia is a better player than someone like Mike Trout or Shohei Ohtani, he is another example of one of the coolest parts of sports: people are always coming out of nowhere to find success. Before this season, Garcia had 24 MLB plate appearances across 2018 and 2020 and produced a very underwhelming .255 OPS in his small sample. Meanwhile, his .818 OPS in the AAA Pacific Coast League during 2019 ranked 18th out of everyone with 500 PAs in the league. He didn’t do anything in his brief MLB playing time and he wasn’t dominating the minors, yet here is, enjoying a 1.037 OPS this month.

While Garcia has been the most interesting new story, the race for the division title looks like it’ll be the same as it was the prior three seasons: the Houston Astros and the Oakland A’s. 2018 and 2019 saw the Astros in first with the A’s as the wild card, before the result was flipped in 2020 with the A’s securing the division title.

Houston and Oakland are the only teams above .500 and have still been able to win despite notable offseason departures for both. George Springer, who provided solid regular season production before becoming Reggie Jackson in his two World Series appearances, is now a Toronto Blue Jay. Toronto also poached former Oakland shortstop Marcus Semien and the A’s let closer Liam Hendricks join the Chicago White Sox. The Astros have been struggling to get good production in center to replace Springer, while the same is true for shortstop in Oakland. Myles Straw has delivered a dreadful .577 OPS in center, while trading for Elvis Andrus has resulted in a truly rancid .446 OPS.

Clearly, not everyone has been hitting as poorly as Straw and Andrus on those teams. In Houston, 36-year-old Yuli Gurriel leads the team in OPS, while 2019 AL Rookie of the Year Yordan Alvarez is second on the team. As for the A’s, Matt Olson has the most homers and RBIs on the roster, providing valuable production.

While Houston and Oakland are enjoying their fourth straight year as the division’s two main contenders, the Los Angeles Angels continue to fail to win even with some of the most talented players in the game. Shohei Ohtani owns a .938 OPS as a hitter and a 2.37 ERA as a pitcher and Mike Trout was having a normal Mike Trout season before getting injured, but they can only do so much when almost every other regular player has been below average. Based on OPS, the Angels have ranked 28th in production from their catchers and 29th from their second basemen, which feels like a pretty good way to waste the best center fielder in baseball.

Meanwhile, their rotation continues to be a major concern. Former Oriole Dylan Bundy has a 6.50 ERA and offseason signing Jose Quintana is doing even worse with a 7.92 ERA. Their staff ERA is worst in the AL after ranking 13th in the shortened 2020 season and 12th in 2019. Even if the Angels can make one of their best hitters also one of their best pitchers, it doesn’t seem like that alone is enough to solve their problems.

Of course, there’s been one more big story in the AL West I need to highlight: the teams have been on the losing end of four no-hitters. It started with Joe Musgrove against the Rangers on April 9 and continued with John Means and Spencer Turnbull against the Mariners and Corey Kluber against Texas.

While I have no intention of discrediting what will be one of the coolest Orioles moments of my life, it seems worth mentioning the Mariners offense has been pretty terrible. Their team batting average of .200 is dead last in the AL. The Rangers sit at a more respectable .235 average, ranking eighth in the AL, which makes their double no-hitter a bit more puzzling in comparison.

The combination of Trout and Ohtani alone makes the AL West a division worth paying attention to, but when you combine the breakout performance of Garcia, the potential of Kelenic and another year of a tight race between Houston and Oakland, there should be plenty to watch out west for the rest of this year.