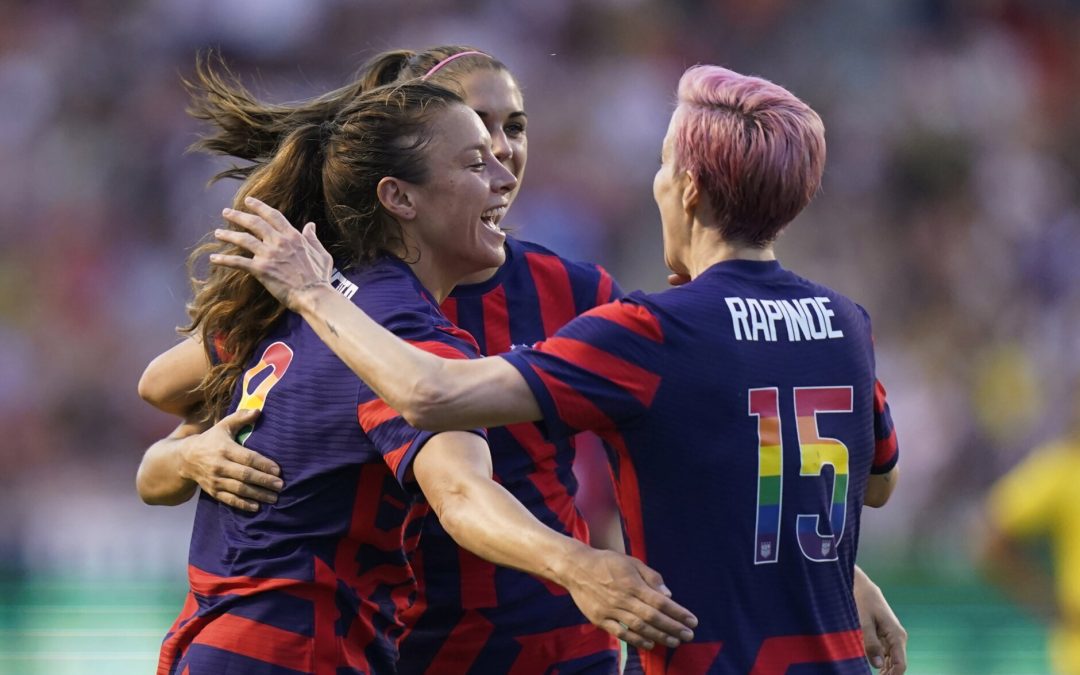 The USWNT road to the 2024 Women’s World Cup begins in Monterrey, Mexico, as they look to claim an automatic bid and their ninth CONCACAF title.

The stars and stripes have dominated the CONCACAF Women’s Championship since its inception in 1991. They hold an all-time record of 37W-1D-1L, outsourcing opponents 219-6. The USWNT’s worse finish was third place in 2010, ironically in Mexico.

The USA was drawn into Group A and will see their first opponent of group play, Haiti, on Monday, July 4. Then, they will take on Jamaica on July 7 and concludes group play in a rivalry match against Mexico on July 11th.

The semifinals will take place on July 14, with the third-place match and championship game being held on July 18th.

Team boss, Vlatko Andonovski, put together a younger, less experience unit for the competition. Only ten players on the 23-woman roster have CWC and World Cup qualifying experience. For Andonovski, this is an opportunity to prepare the younger talent, with the likes of Megan Rapinoe, Alex Morgan, Becky Sauerbrunn, and Kelly O’Hara possibly making their last runs at a World Cup title.

“As usual, the players don’t make these decisions easy,” said Andonovski.  “We feel this is a roster that can accomplish all of our goals over the four weeks we will be together for what we hope will be seven successful games.”

Rapinoe joined the team for the first time since last October in the squad’s friendly match against Columbia. She connected with Taylor Kornieckon, a cross in the 90’.

Rapinoe isn’t in her 2019 Ballon d’ Or Femina form, only playing four regular-season games (154 total minutes) for her club, OL Reign, but her presence boosts the team’s morale.

“Obviously, this is a young group that we’re bringing in,” Andonovski said about adding Rapinoe to the roster. “There are lots of young players. So her experience and going through adversity, going through tough times in getting on top, her mentality, winning mentality, her knowledge, and understanding is very valuable for the group.”

Alex Morgan also returns for the first time since October.

The USWNT will be without one of the world’s best players Caterina Macario, who suffered an ACL injury in late May in Lyon’s last match. Other significant injuries included Sam Mewis (Knee), Christen Press (Knee), and Julie Ertz (Pregnancy).

This current roster will likely differ from the one that sees the pitch in New Zealand once the injured return, but it could shape up for other tough decisions for Andonovski, which could be a good thing.