Vin Scully’s resume will never be matched by another announcer 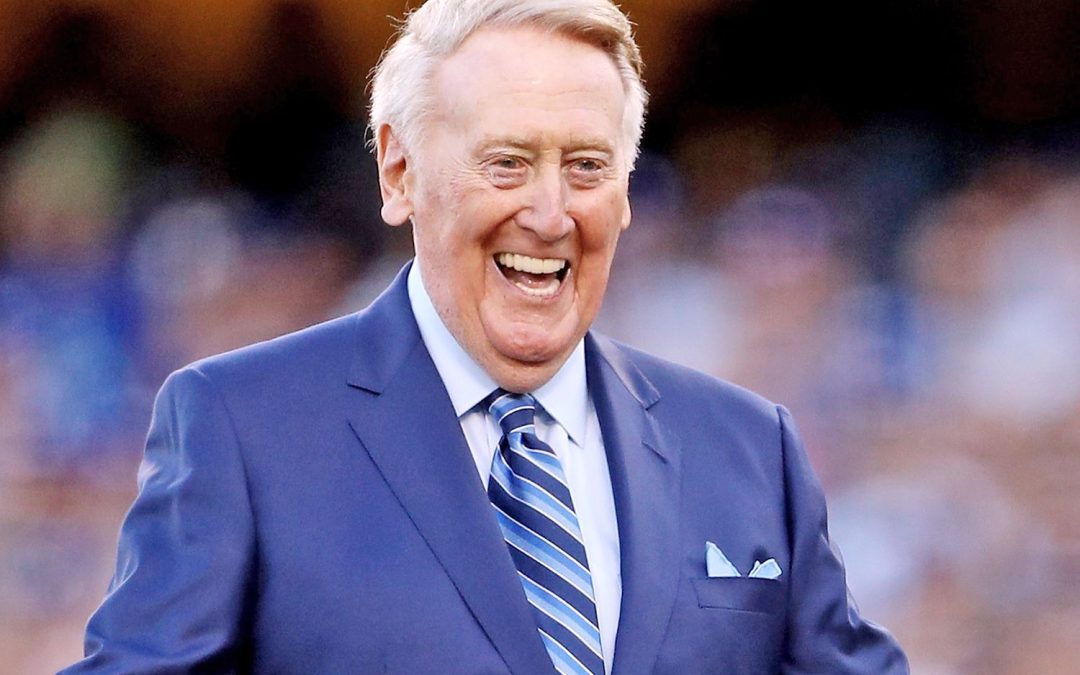 The passing of Vin Scully on Tuesday sent the sports world into a collective state of mourning and remembrance of one of the greatest broadcasters that the universe has ever seen.

Scully joined the Dodgers broadcast booth at the age of 22, became the team’s primary play by play voice at 26, and held that role until his 2016 retirement at the age of 88. 67 years with one organization is absolutely wild. Joe Davis, Scully’s successor as the voice of the Dodgers, needs another 59 years to equal that feat. He’d be 94 in that 67th season, by the way.

But Scully wasn’t just a Dodgers broadcaster. Nationally, he called the NFL for CBS, and the final game he called featured Dwight Clark’s iconic catch against the Cowboys in the 1982 NFC Championship. At CBS, he also called golf and tennis, along with baseball on CBS Radio.

But it wasn’t just the moments Scully called that made him so special. It was the way he called those moments, and all of the other games throughout his career. When big moments happened, Scully let the crowd’s noise do all the talking. He let the moment breathe and let the fans’ elation or despair tell the story. Instead of constantly talking to fill air, as many broadcasters do today, he knew when to back off. His style was refreshing, especially in an era of constant on-screen stimulation.

Scully also didn’t rely on stats, and while I appreciate a good stat as much as the next guy, some announcers can lean on them far too much. That wasn’t Scully. Instead, he’d tell stories about the players and the game, vividly filling in the lines created by the game on the field. The change of pace was relaxing and different, especially if you were an east coast viewer tuning in late at night.

Speaking of the west coast, more fans were exposed to Scully’s work with the Dodgers during the later years of his career thanks to MLB.TV. No matter the market, fans could watch a Dodgers game. listen to Scully, and be transported to a different time. I keep coming back to this word, but it was just so *refreshing* to experience a Vin Scully game after indulging in a modern broadcast.

It’s hard to imagine a broadcaster in 2022 becoming as universally beloved as Scully. His style is tough to emulate in today’s environment, and I can’t see an announcer ever matching his lengthy resume. Even someone like Joe Buck, a national voice for MLB and the NFL for decades, falls short. And if an accomplished, experienced announcer like Buck can’t compare, who really can?