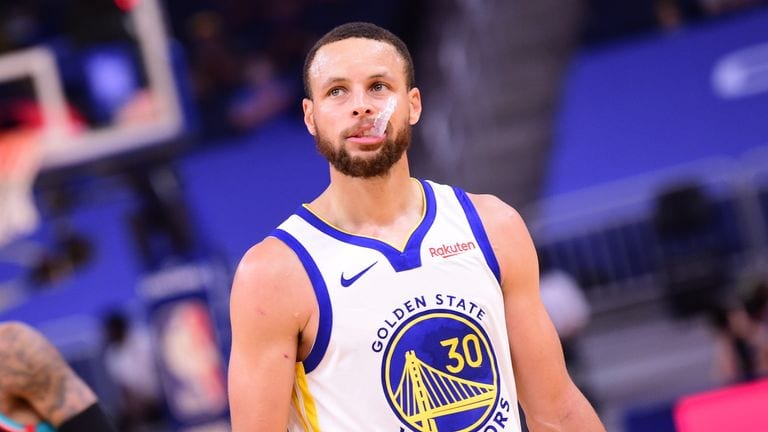 The NBA Playoffs won’t officially begin until the weekend, but there’s still some business to attend to before we reach that point. While the first six seeds have been determined, seven and eight will be on Wednesday and Friday night. While the winner of the showdown between the Lakers and Warriors, which has to be a dream matchup for the league and ESPN, will be the 7-seed, the loser will get one more shot at earning a spot in the playoffs. That team will host the winner of the game between 9-seed Memphis and 10-seed San Antonio, with the latter essentially limping into the play-in tournament. Without further delay, here’s a look at Wednesday’s matchups and who I like to advance to take on the Jazz and Suns in the first round of the playoffs.

While both teams dropped their regular season finales, Memphis has to feel much better about the way in which it enters the play-in tournament than San Antonio. The Grizzlies won five straight games before Sunday’s loss to the Warriors, but it should be noted that four of those wins came against teams that are done for the season. As for San Antonio, the Spurs lost four straight and five of their last six, with the lone victory being a blowout of the Bucks. San Antonio’s end-of-season schedule was very difficult, as 12 of the Spurs’ last 13 games came against teams that are in the postseason. But there’s an area of concern for Gregg Popovich’s team that could spell doom, as there may not be a clear remedy.

Since Derrick White suffered a season-ending ankle injury during the Spurs’ win over the Wizards back on April 26, they have struggled mightily from beyond the arc. Ranked 24th in the league in three-point percentage for the entire season (35.0%), the Spurs made just 31.8% of their attempts during the final 12 games. And with an average of 8.3 three-pointer per game during that stretch, San Antonio was outscored by an average of 15 points per game (39-24). And when you’re scoring just over one more point per game from the foul line, as San Antonio did in those 12 games, that disadvantage can be too much to overcome.

San Antonio doesn’t have many knockdown shooters from deep, with veterans Rudy Gay and Patty Mills, and third-year win Lonnie Walker being the best of the bunch. DeMar DeRozan and Dejounte Murray have been San Antonio’s best playmakers, but neither has offered much from beyond the arc. This all being said, while the Spurs haven’t been great offensively, the defensive end of the floor could prove to be their undoing. San Antonio ranks 17th in defensive rating, 22nd in field goal percentage defense and 20th in defensive rebounding percentage. Even if they manage to get past the Grizzlies, either the Lakers or the Warriors would be well-equipped to exploit these issues.

As for Memphis, this is a young team that’s looking to take the next step in the franchise’s quest to get back to the success of the original “Grit-N-Grind” era. Ja Morant, last season’s Rookie of the Year, is an electric playmaker who can create off the dribble either for himself or his teammates, and he finishes above the rim with relative ease. Morant’s issue: perimeter shooting. There were times during Sunday’s loss to the Warriors where Golden State essentially dared him to shoot, an understandable approach given the fact that he’s just a 30.3% shooter from beyond the arc.

As a team Memphis doesn’t shoot the ball particularly well from three, making just 35.6% of their attempts, and that’s why Taylor Jenkins’ bench relentlessly attacks the paint. Ranking fourth in the NBA in two-pointers made and third in two-point attempts, the Grizzlies lead the league with an average of 49.3 points in the paint per game. San Antonio ranks 26th in points allowed (in the paint) per game, at 50.1. In addition to having capable slashers such as Morant and Dillon Brooks, Memphis can also throw the ball inside to Jonas Valanciunas and Jaren Jackson Jr. Jakob Poeltl, Drew Eubanks and Gorgui Dieng are going to have their hands full Wednesday night.

With neither team being particularly great at shooting the ball from the perimeter, this feels like a game that will be decided from 15 feet and in. And how much can be taken from the three regular season meetings, which were all played by February 1? The winning team scored at least 119 points in each, but the Grizzlies surpassed that number just once in its last 13 games, and the Spurs four times. I’ll take Memphis here, due to how they could potentially expose San Antonio in the paint.

Not that any league or television exec would come out and admit that they’re rooting for a particular matchup, but there had to be some silent fist pumps in those offices once this game was finalized. Two of the greatest players that the sport has even seen, and the franchises have combined to win four of the last six NBA titles (Golden State three, Los Angeles one). Similar to the Spurs/Grizzlies matchup, the three regular season meetings between the Warriors and Lakers were played relatively early, Los Angeles winning the final meeting back on March 15.

The concern for the reigning champs: have their main contributors shared the court long enough to establish the chemistry needed to make a deep playoff run? LeBron James missed 21 games earlier this season due to a high right ankle sprain, and had to spend a few more games on the shelf after his first return due to soreness in that ankle. What makes matters even worse is the fact that he tweaked the injury during Sunday’s win over New Orleans, leaving that game with just over six minutes remaining in the fourth quarter. Add in the fact that Dennis Schroder only recently returned after missing time due to the league’s health and safety protocols, and the Lakers’ preferred starting five (James, Schroder, Kentavious Caldwell-Pope, Anthony Davis and Andre Drummond) has been on the court together for just three games.

How much will that matter? In the case of the players who factored into last season’s title run, with some boasting a lot of playoff experience, there may not be much to be concerned about. But what about Schroder and Drummond, with the latter being a mid-season signing? Schroder has played in a conference finals before (as a member of the Hawks), but experiencing playoff pressure as part of a franchise that’s expected to win titles is an entirely different deal. While the Lakers aren’t a great 3-point shooting team, they do defend that shot well, ranking fourth in both three-point attempts allowed per game and three-point percentage defense. That’s an important thing to be mindful of, as the Warriors boast one of the game’s all-time great three-point shooters in Stephen Curry (he’ll eventually pass Ray Allen to grab the top spot on the made triples list).

Curry can run his defenders ragged off of screens, and he and Draymond Green have a chemistry that only comes through years of hard work and partnership. And while a team can keep him in check for periods within a game, Curry is capable of going on incredible runs at any point. Sunday’s win over the Grizzlies was the latest example of this. Memphis was able to keep Curry in check for much of the first half, due in large part to Dillon Brooks, but the two-time MVP scored 17 of his 46 points during the third quarter. The Lakers will likely start Caldwell-Pope on Curry defensively, but that isn’t a one-man job. In addition to using multiple guards to defend him, the other four defenders will need to be alert when it comes to defending screens both on and off the ball.

Golden State hasn’t been great offensively, ranking 20th in offensive rating, but they’ve been very good defensively. The overlooked area of the team’s championship runs in seasons past, the Warriors enter the play-in tournament ranked fifth in defensive rating. Similar to the Lakers they defend the three well, ranking eighth in three-point percentage defense, but they’ve been even better inside of the arc. Golden State ranks third in overall field goal percentage defense, and fourth in two-point percentage defense, and that’s despite blocking just 4.8 shots per game. Green is the leader on that end of the floor, while players such as Andrew Wiggins, Kent Bazemore and Juan Toscano-Anderson have proven themselves capable of defending multiple positions.

At first glance Kevon Looney, despite his experience and ability as a rebounder/defender, will be viewed as the “weak link” for the Warriors. Not that Golden State can shut down James and Davis, but matching up with Drummond has the potential to be problematic from a skill level standpoint. However, as mentioned above, we really don’t know which Drummond we’ll see Wednesday night. While he did play well to close out the regular season, posting double-doubles in each of the Lakers’ final four games, there have also been stretches in which he has been virtually non-existent on the floor. And that’s where the Lakers’ lack of chemistry among the preferred starters could be an issue.

While I think the Lakers have enough to overcome this issue Wednesday night, don’t be surprised if the Warriors find a way to win the game. Either way, it’s hard to see anyone other than the Lakes and Warriors (in some order) occupying the seven and eight seeds once the dust settles Friday night.