What Could Be Better In The Ravens Offense? 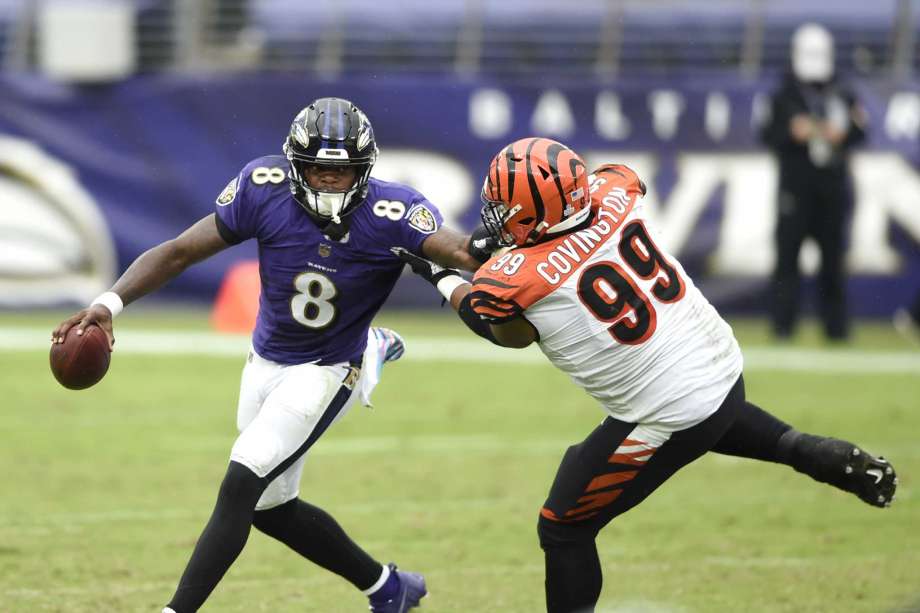 So where is the blame? If you’ve been listening to Gabe and I talk on The Bank, you’ve probably heard some concern from me about the Ravens offense. Color me concerned, it looks out of sync in a lot of ways. So what’s going wrong? On The Bank we’ve called it death by a thousand cuts. I’m going to show you what we mean by that.

But I want to preface that first with the fact that Ravens offense on the first three drives, was actually pretty good. You had a FG, TD, and TD. With a big play and good concepts on the first drive, a long sustained second drive, and then great field position for the third drive. So what happened after that?

So death by a thousand cuts…

This one is on Lamar Jackson. He’s got a totally clean pocket here, and he’s rolling and not ready to throw. The extra time he takes lets the defender catch up to Brown, but if he throws this ball here Brown will easily go get this for a TD. My only quibble on this play is the depth of Snead’s route. Cut this rouge off at the 15 and Jackson can throw to the corner to Brown or underneath to Snead. This would have been a TD on the first drive on a pretty easy throw by Lamar.

The second thing I’ve noticed is splitting out Gus Edwards wide or running routes. First, I’d prefer to see Dobbins on these plays for a lot of reasons. Even if teams know he’s more likely to get thrown the ball, it’s another threat. The second, is, Edwards in some of these instances stays out wide, when the Ravens could probably use an extra blocker. I’ve got the benefit of hindsight here, but this is simple to me. If the Ravens run Boyle behind the verticals on a natural pick, he’s open if they are in man, the likely defensive call if there is a blitz. Edwards is a help to you if he can block in these situations. And if it’s zone and Boyle is covered, that gives you the time to look to throw deep. The other part about this situationally that bothers me is that Roman is playing for the 1st, but they are on the 48 and they go for it on the next down. If you’re so willing to go for it in short distance, why not run a screen or have more routes underneath to shorten the 4th down attempt and expand your playbook there, too.

The offensive line is also a culprit here. There were too many instances where the OL had equal or more numbers and a rusher came free. The Ravens block six against four rushers and you’ve got a free man totally in Lamar’s face immediately.

There is a lot of blame to go around here. And I’ve been most critical of Roman, it doesn’t feel like anything the Ravens this year is easy. I pick on Roman because adjusting playcalling is the easiest way to improvement. It doesn’t require crisper routes, better hands, or superior blocking. Let’s hope what we saw in the second half of the Cincinnati game was more of a scrimmage and the Ravens testing ideas to let them identify what they wanted to do in practice.

At the end of the day, this is the team with the best point differential in the league, despite a double digit loss. And a little progress in any of these area could go a long way.