What June Meant For The Orioles Future 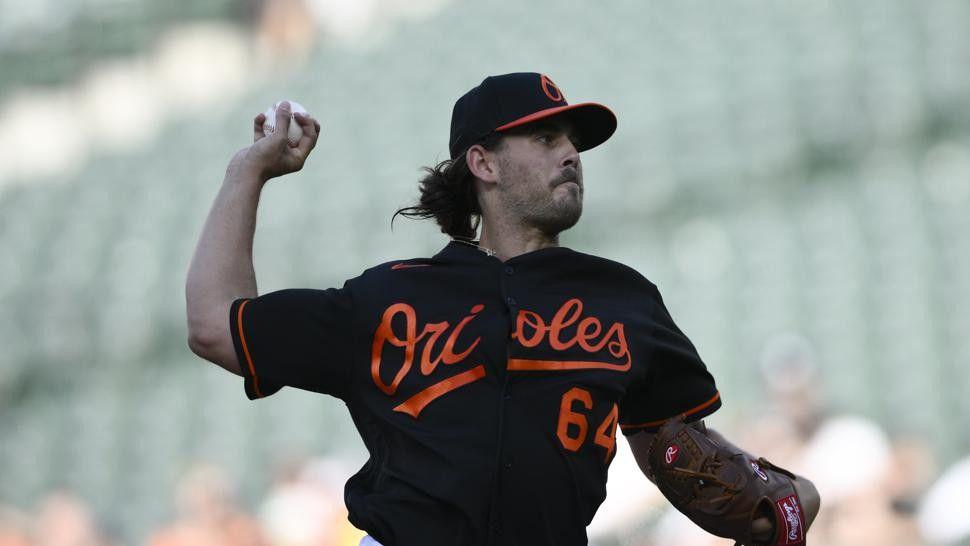 For the first time since August 2017, the Baltimore Orioles ended a month with a winning record with a 14-12 record in June.

June was a step in the right direction not only because they were winning, but because of who played well in both the majors and in AAA.

Unsurprisingly, the first person I’m going to highlight when looking at the success of June is Adley Rutschman. The former #1 pick and current #1 prospect in baseball demonstrated his full potential by ending the month with outstanding production.

From June 10 through Baltimore’s final game of the month, Rutschman had a .940 OPS across 67 PAs in 17 games. He doubled 10 times, picked up his first homer and drove in nine runs. He also reduced his strikeouts, whiffing just nine times after doing so 15 times in his first 15 games.

His hot streak provides a remarkable contrast to the numbers to begin his career. A 401-point increase in slugging percentage is absurd and his OPS during the streak was more than double what it was on June 9.

Rutschman’s .940 OPS from June 10 to June 30 was quite surprisingly not actually first among catchers with 60 PAs in that span, thanks to a 1.039 stretch from Toronto’s Alejandro Kirk. Either way, he demonstrated what strong production from your catcher can do for your lineup.

I’m not quite ready to declare that Rutschman will have a career OPS above .900 based on a sample of 67 PAs, but it was still incredibly encouraging to know he needed just 15 games before going on the first major hot streak of his career.

Another young player who seemed like he was putting it together in June was none other than one of the main pieces from 2018’s Manny Machado trade: Dean Kremer.

After a disastrous 2021 that ended with a 7.55 ERA and two demotions to AAA, Kremer has returned to the major league roster with a vengeance. He ended June with a 1.29 ERA that ranked fourth among 87 qualified starters while allowing just one homer in 28 innings, good for a HR/9 of just 0.32.

Kremer’s K/9 and BB/9 are both down from last year, which means he’s getting more outs with balls put in play while also giving out fewer free passes. The reduction in BB/9 is an especially welcome sign for Kremer after he was just one of nine starting pitchers to throw at least 50 innings with a BB/9 of 4.0 or higher in 2021.

Looking ahead to the rest of the season, Kremer’s 1.29 ERA is certainly going to increase, but 28 innings of excellent pitching from someone who was horrendous in 2021 could be something to build on.

After his demotion, it would’ve been understandable to write off Kremer as ever being a useful starter. Now, there might still be hope for Kremer in Baltimore’s rotation going forward.

Kremer’s success was joined by another inexperienced member of the rotation in Tyler Wells. He ended June with a 2.42 ERA that ranked in the top 20 among 87 qualified starters. Wells finished the month especially strong, allowing just two earned runs in his final three starts for a 1.13 ERA across 16 innings.

Wells also feels like an especially notable part of this roster because of how he became an Oriole.

The right-handed pitcher was selected in the 2021 Rule 5 draft by the Mike Elias front office and has found success as both a reliever and a starter since joining the team. In contrast to someone like Rutschman, the success of Wells is the kind of pleasant surprise that reflects positively on the front office’s ability to identity MLB talent in locations besides the #1 pick of the draft. The Orioles will need more than just top picks like Rutschman to be a regular contender and Wells currently feels like the best demonstration that the front office can find hidden gems from things like the Rule 5 draft.

In addition to the success of players like Rutschman and Wells, there were also two players who spent June crushing AAA pitching and making their case to be promoted: Gunnar Henderson and Jordan Westburg.

The duo made their AAA debuts on June 8 and wasted no time adjusting to the higher level, as both of them ended June with an OPS above 1.000. Henderson had a .324/.446/.608 slashline, showing excellent discipline with 16 walks in 20 games. Meanwhile Westburg’s .345/.375/.702 slashline demonstrated more power than Henderson, finishing June with eight doubles, two triples and six homers.

Henderson and Westburg have provided major offensive production while rotating between second, shortstop and third, which makes them especially deserving of a promotion given the lack of offense the Orioles have gotten from those positions this year.

Jorge Mateo’s superb speed and excellent defending means he should continue to start this year, but it’s hard to see any reason why Henderson and Westburg starting at second and third isn’t the best outcome for the team’s success both right now and looking towards the future.

Between Rutschman’s breakthrough and the incredible production in the minors from Henderson and Westburg, June felt like a special month in Birdland for more than just a 14-12 record.