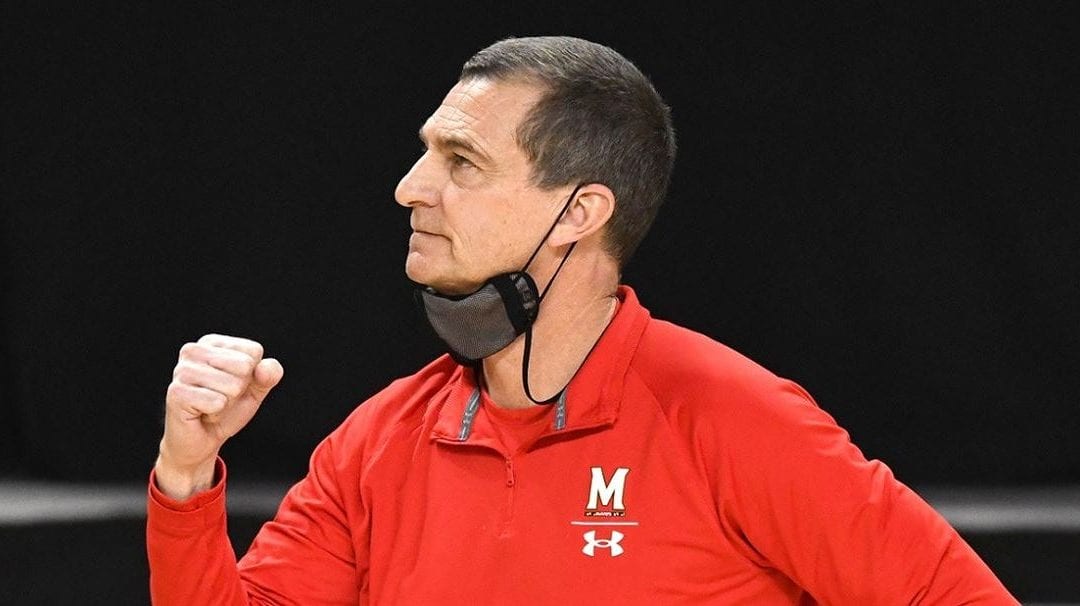 With the deadline to withdraw from the NBA Draft now passed, Maryland hoops has a clearer picture of what its roster will look like in the 2021-22 season.

Because of the recently passed NIL legislation that will now allow NCAA athletes to earn money based on their likeness and sponsorships, many “on-the-bubble” draft prospects decided to withdraw their names from the draft prior to the July 7 deadline, but not former Terps wing Aaron Wiggins, who opted to stay in the draft and test the professional waters.

With all three of the upperclassmen who were questionable to return to College Park now settled in their plans, Maryland head coach Mark Turgeon has a better understanding of what he’ll be working with come fall. Wiggins won’t be back, nor will Darryl Morsell, who recently announced his transfer to Marquette, but guard Eric Ayala will be back in the fold after partaking in pre-draft workouts but choosing to return to Maryland for his senior season.

Now that the dust has settled in regard to these three upperclassmen — who were three of the top four scorers for Maryland last season — Turgeon can focus on using his last remaining available scholarship to address the team’s biggest needs.

At the moment, it appears those needs are a lot of what Wiggins and Morsell brought to the table — a rangy, athletic wing who can defend and get buckets when needed. Easier said than done, but Turgeon has excelled at recruiting these types of wings in the past and already has reached out to transfer portal target Isiah Small from Texas State.

Adding a player like Small, who would be transferring in as a senior, would give Maryland some much-needed experience on its roster as well. Ayala is currently the only returning senior on the Terps’ roster. Fatts Russell will also be a senior but he will be acclimating to a new school and team after transferring from Rhode Island this offseason.

But adding Small is no sure thing. Florida, Texas Tech, and Texas have all also offered the 6-foot-8 forward, who averaged 10.9 points and 5.8 rebounds last season while shooting 42 percent from three.

Wiggins’s decision to stay in the draft along with Morsell’s transfer not only increased Maryland’s need for more senior leadership, but it also opened up the potential for more time with Ayala and Russell on the floor together.

Russell is more of a true point guard, whereas Ayala is a bit more of a combo guard, however, both have the ability to play on and off the ball in the backcourt, which can create nightmares for opposing defenses.

Having two ball handlers who both can score on the floor at once will be a luxury Turgeon hasn’t had much throughout his coaching career. But it will be interesting to see if he opts to go that route more as opposed to bringing one of the floor generals off the bench as a sixth man like many teams often do.

Keeping the Terps’ two most talented guards — Ayala and Russell — on the floor at the same time could depend on if another guard on the roster such as Marcus Dockery or Hakim Hart grow as ball-handlers. There is also the chance that underclassmen Ike Cornish or Ian Martinez flash some point guard skills and can supplement those minutes for Maryland.

But the way I see it now, the top four players for Maryland are pretty clear: Ayala, Russell, Wahab, and Donta Scott.

It’s no secret that Turgeon likes to experiment with different lineups throughout the season — especially early — so there’s no telling how many different combinations we could see. But if the cream rises to the top, the four aforementioned players should be the core of the starting lineup for conference and postseason play.

That leaves one starting spot open for a player who will have to be a wing of some sort. Could that be James Graham III, who began his college career in the middle of last season as an early enrollee? Early reports out of offseason workouts are that freshman forward Julian Reese looks really good. Perhaps he sees some time at the four and allows Scott to move to the three, but both of these players are better-suited for the frontcourt than they are on the wing. Hart and Cornish are certainly names to watch out for here as well.

That fifth starting spot really could come down to offseason development and who appears most ready to take the next step in their game. Hart will have the experience on his side, but if his outside shooting hasn’t drastically improved from years past, I will not be surprised to see Turgeon go with Graham or one of the other young bucks.

I fully expect to see some lineup tinkering early in the season to further hash some of these details out, but having roughly four of your five starters set in stone with four very talented players entering a season is a position most college coaches would clamor for.

Post Wiggins’s and Morsell’s decisions, Maryland is still being picked as one of the top teams in the Big Ten next season. Many analysts also believe they could start the season with a Top 25 ranking.

There have been a ton of moving parts this offseason, but the talent is certainly there for this team to excel in the 2021-22 season. Perhaps the biggest hurdle to get over will be building chemistry and camaraderie, but if the Terps can figure that out quickly they could be a force to be reckoned with in the Big Ten and nationally.